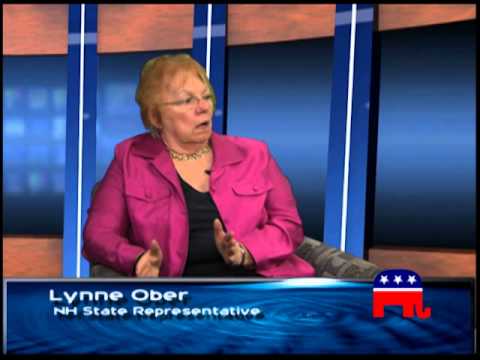 CONCORD — The $13.5 billion next biennial budget approved by negotiators will look very much like the budget passed by the Senate earlier this month.

However, one of the key provisions in the Senate budget is the lone sticking point to a final agreement, which must be reached by Thursday afternoon to meet the legislative deadline for filing committee of conference reports.

The Senate and House made progress on other key points Wednesday but adjourned until 10 a.m. Thursday morning to try to resolve whether the state should move forward with a voluntary family and medical paid leave program, proposed by Gov. Chris Sununu, but opposed by the House which  removed it from its approved budget. The Senate reinstated it in its budget plan.

The leave program is the last hurdle to what has been a fairly smooth negotiating session on the two-bill budget package that needs to be in place July 1.

The Senate budget figures in House Bill 1 were quickly agreed on last week, but the provisions in House Bill 2, or the trailer bill, are taking longer to resolve.

The budget committee also bypassed the work of another committee of conference on a House Bill 417 that would limit the governor’s authority during a state of emergency. The compromise would allow the House and Senate to end any emergency order or executive order by majority vote, but not give lawmakers the power to decide whether a state of emergency would be renewed.

The committee of conference Wednesday resolved two of the other final sticking points – how to close the Sununu Youth Services Center and a Medicaid dental benefit for adults. The Senate’s proposal for the Sununu center was largely adopted by the conference committee while the House stood firm and refused to go along with adding adult dental services to the state Medicaid program.

Both the House and Senate want to close the Sununu Youth Services Center built with federal funds, but much larger than is needed today with a daily average of about 15 to 18 young people incarcerated.

The center would be closed by March 1 2023, and a new facility open to house young people ordered confined by that date as well. The House had proposed the center close July 1, 2022.

Under the agreement, a committee of three House and two Senate members would decide on recommendations for closing the center and plans for a new facility including repurposing the current buildings.

The committee would finalize its report by Nov. 1 and recommend legislation for the 2022 session including projected construction and operating costs.

Under the Senate budget, the center is funded for eight months of operations in the second year of the biennium, including money to place those at the center in other settings.

The House refused to go along with giving adults on Medicaid dental benefits, like those available for children.

The Senate proposed adding the benefit in the last quarter of the second fiscal year of the biennium costing a projected $1.6 million, or about $7 million a year.

Senate Majority Leader Jeb Bradley, R-Wolfeboro, said adding the benefit would not only improve oral health but physical health as well which would add people to the state’s workforce.

“Unfortunately the cost savings have never been delineated in an analysis,” Bradley said, “although every medical professional testified to that effect.”

He said in Medicaid expansion cases, the state-federal match will be 90 percent federal and 10 percent state, while the rest would be 50 percent each for the state and the federal government.

“That would bring significant federal money to New Hampshire,” he said. “This is a very worthy program and the Senate has long supported it.”

But the House said the Senate never sent its dental benefit bill to the House, so its members never had an opportunity to explore the program.

Conference committee chair Rep. Lynne Ober, R-Hudson, said there has been no public hearing in the House on the plan, which she said is estimated to cost about $11 million annually.

“I would hope the Senate would send their bill over to us so we can have a public hearing,” she said. “Right now there is not $11 million extra to commit to the budget.”

Under a compromise that has the support of the governor as well as the House and Senate leadership, the governor would not need legislative approval to extend a state of emergency beyond its initial 30 days.

Instead the House and Senate by majority vote of those attending, as long as there is a quorum, would be able to end a state of emergency or an executive order.

Bradley said the key sticking point has been whether the legislature has the authority to override or stop an emergency order or portions of one.

To override the governor, he said, traditionally takes an affirmative action much like passing a law by majority vote.

To say the legislature has to agree to continue an emergency order goes way beyond the constitutional checks and balances, Bradley said.

Letting the House or Senate decline to agree or even meet to consider renewing it, would be unprecedented with how the legislature traditionally does business, Bradley said.

Usually to override the governor’s action takes a two-thirds majority of the legislature, he said, but the compromise would only require a simple majority.

The question was raised if a quorum would be needed, which is one more than a majority, 201 House members and 13 Senate members to act, and Senate legal counsel Rick Lehmann said the constitution says any action requires a quorum.

The compromise would require Joint Legislative Fiscal Committee approval to accept or expend any federal or other gifts or grants over $100,000, but contains an exemption for an immediate threat to the health and safety of residents.

Under the provision, the governor would be required to inform the Senate President, House Speaker, and Fiscal Committee chair of a pending declaration or renewal of a state of emergency.

During the pandemic, Sununu declared a state of emergency in March 2020, that ended last Friday, and declared he did not need fiscal committee approval to accept or expend funds from the federal government under a law giving governors broad authority during a state of emergency. The law was passed after the Sept. 11 terrorist attacks on New York City and Washington, DC.

House Bill 417, which was passed by a large margin in both the House and Senate addressed the issue, but House and Senate committee of conference members Wednesday failed to reach agreement on the bill’s provision and it died.

Consequently the compromise was added to HB 2 by a unanimous vote of committee of conference members.

Without comment, the House earlier agreed to the Senate’s language to prohibit the teaching of”divisive concepts.”

The Senate’s plan would prohibit teaching students or public employees that one ethnic group  is inherently superior to another or that one inherently discriminates against another.

The House bill prohibited the teaching of divisive concepts at schools or in training sessions to public workers and even private employees if their company contracts with the state.

Gov. Chris Sununu and many others objected to the House version including public officials, businesses, educators and activists.

Opponents argue the bill would limit First Amendment rights to  free speech and called the Senate version only marginally better than the House version, opposing both.

Under Sununu’s plan a voluntary paid family and medical leave program would begin with state employees and then would allow private and other public institutions to join.

The House used Sununu’s own objections to paid family and medical leave programs approved by the legislature during the past few years, calling it a backdoor income tax when it was removed from the House budget this spring.

The earlier programs were mandatory for businesses above 50 employees not offering their own leave plans.

Sununu used the Democrats’ family leave program against them in the last election, calling it an income tax.

The House and Senate negotiators also agreed Wednesday on a new fund to help small businesses and entertainment venues struggling due to the pandemic. The program would use federal relief funds.

And the Senate gave in to the House agreeing to remove two sections of the budget that would lower keno fees and allow a Keene organization to participate in the new historic horse racing wagering program to benefit nonprofits, although it does not meet the legislation’s deadline. The bill was signed into law earlier this month.

The lone Democrat on the committee of conference for HB 2, Sen. Cindy Rosenwald, D-Nashua, was replaced by Sen. Gary Daniels, R-Milford on the committee because she would not support the agreement.

“Right now, eight Republicans are making decisions on behalf of the state of New Hampshire that will impact us for decades to come,” she said after she was removed. “I was proud to voice my dissent and stand up for the Granite Staters who will be negatively affected by the reckless changes being pushed by House and Senate Republicans.”