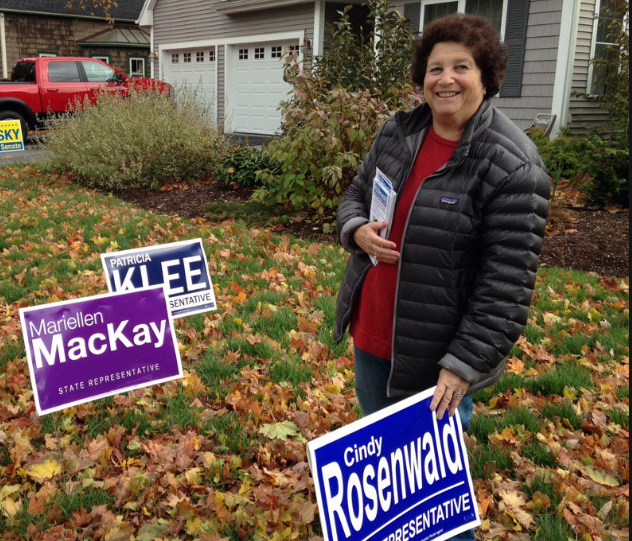 CONCORD – The “divisive concepts” education language now in a budget bill is expected to be amended by Republican leadership Wednesday, but there is no “Racism Lite” language that will be welcome by at least two state senators.

“There is no compromise when it comes to safety, protection, and growth of every Granite Stater,” said state Sen. Jay Kahn, D-Keene, during a press conference on Tuesday.
The language would stop teachers from having conversations with students about racism, sexism, and other concepts as part of state law.

The original language of the tabled HB 544 bill said: “This bill defines and prohibits the dissemination of certain divisive concepts related to sex and race in state contracts, grants, and training programs.”

Kahn said it would stop all the bipartisan progress made by the Law Enforcement Accountability, Community and Transparency Commission and its 48 recommendations to improve police standards in the state, including de-escalation and judicial bias training that are now going forward in other bills.

Kahn said that work would be “undone” if the language formerly in House Bill 544 is included in the budget bill SB 2.
At 9 a.m. Wednesday, the public can listen to the Senate Finance Committee hearing and Senate lawmakers will be expected to act by 1 p.m. on the yet unseen amendment.

State Sen. Cindy Rosenwald, D-Nashua, said she knows nothing about the language only that state Sen. Jeb Bradley, R-Wolfeboro, said he wanted to work on a compromise on the language.

Rosenwald said such language has no place in a budget bill to begin with and noted that both business and faith leaders in the state have strongly opposed it. At public hearings on the budget recently the opposition to the matter was by far and away the number one topic, Rosenwald said.

Teachers should be free to explore the roots of racism and sexism in the country and to put a gag order is not part of the Live Free or Die motto.

“It’s completely antithetical of who we are” and promotes part of an “extremist agenda,” she said.
State Rep. Manny Espitia, D-Nashua, said after a year of national reckoning following the George Floyd killing by a now-convicted Minneapolis police officer on this day last year, the time has come for real action and this divisive language would “prevent further conversation.”

“If we ever hope to grow,” Espitia said, we need to stand up to this.
Rosenwald said she would have an amendment of her own tomorrow to eliminate the proposed language entirely.

Espitia said he has personally seen racism in action and there are “microaggressions” where people are living in fear, “this stops us from having any conversation and as Senator Rosenwald said, there is no ‘Racism Lite.'”
To watch the Senate Finance hearing on this issue Wednesday follow this link http://gencourt.state.nh.us/senate/schedule/eventDetails.aspx?event=5751&et=22