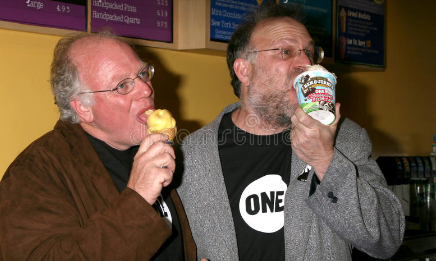 CONCORD – State Rep. Paul Berch wants to breathe new life into tabled legislation to end qualified immunity from civil lawsuits for police and other bad acting public officials who get sued for their behavior while on the job.

Berch, a Westmoreland Democrat, will speak at a news conference Monday at 11 a.m. on the State House steps in Concord with some famous folks who also want an end to qualified immunity.

Ben Cohen and Jerry Greenfield, of Ben and Jerry’s Ice Cream, will speak as co-leaders of the national Campaign To End Qualified Immunity. Alex Ray, owner of the Common Man restaurants, and Plymouth businessman Steve Rand have also put their names and efforts behind the campaign.

“That’s a legal doctrine that essentially says cops are above the law,” Cohen said. “We want to make it so that cops are accountable for their actions just like any other person.”
Cohen said if he punched someone in the face, he could be sued.

“If a cop hauls off and punches you in the face, your case will be thrown out of court on the basis of qualified immunity which essentially says cops cannot be held accountable,” Cohen said.

Berch said of his amendment: “It would repeal qualified immunity for all bad acting government actors. It’s broader than just law enforcement.”

It would also make clear that it wouldn’t apply to government officials acting in a judicial or legislative manner such as aldermen, planning board members, county commissioners, legislators and selectmen, Berch said.

Senate Bill 96 will be heard Tuesday at 9 a.m. at the House Judiciary Committee relative to implicit bias training for judges; establishing a body-worn and in-car camera fund; amending juvenile delinquency proceedings and transfers to superior court; and establishing committees to study the role and scope of authority of school resource officers and the collection of race and ethnicity data on state identification cards.

At 1 p.m. the House Judiciary Committee will have an executive session on SB 95-FN, adopting omnibus legislation relative to access to remote meetings, penalties for violation of privacy, and establishing a committee to study remote meetings.