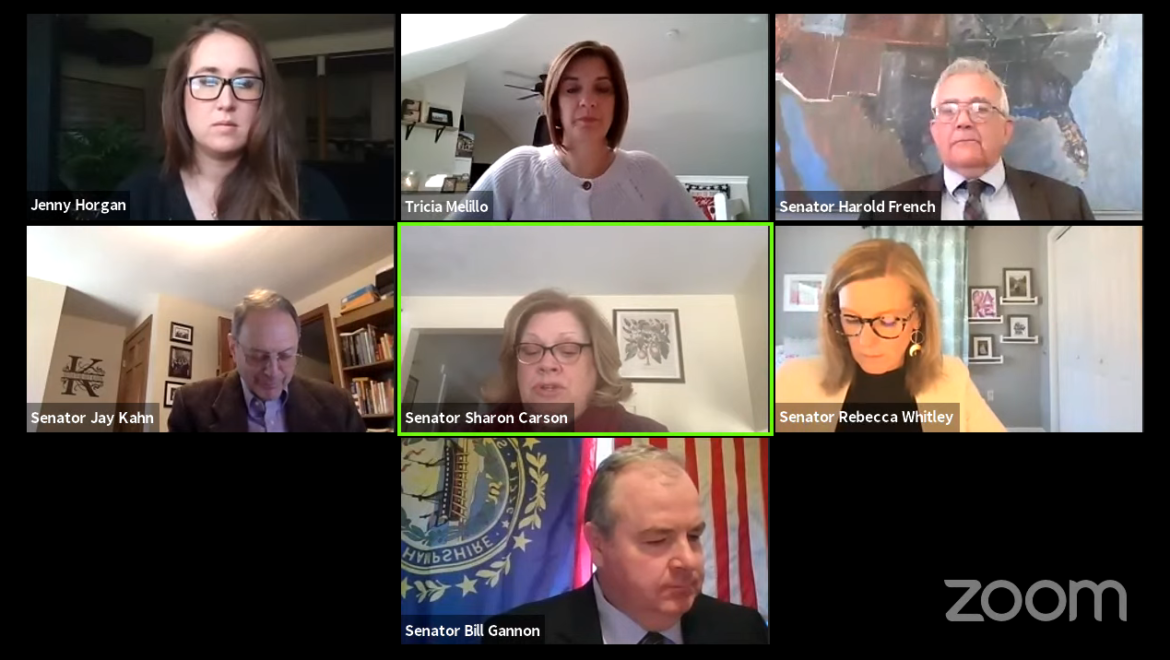 CONCORD — Physicians and other medical professionals turned out in force to oppose a bill requiring appropriate and reasonable medical treatment for any child born alive.

House Bill 233 would charge medical professionals who fail to follow the bill’s dictates with a class A felony punishable by seven-and-a-half years in prison or more.

While the bill’s sponsor and the half dozen people testifying in support of the bill called it simple, doctors and others say it is anything but simple and instead is harmful to parents, infants with no chance of survival and physicians.

“This attempts to define permissible care according to a political or legislative body,” said Ilana Cass, chair of obstetrics and gynecology at Dartmouth-Hitchcock Medical Center, “rather than current medical science or the hallowed contract between physicians and families.”
She said sometimes the most appropriate care is to let parents and their child spend their last moments together if the child is not going to survive.

The prime sponsor of the bill, Rep. Jordan Ulery, R-Hudson, said the bill simply tries to protect the lives of children.

The Senate Judiciary Committee also held a public hearing on House Bill 625, which would prevent abortion during the 24th week of pregnancy or later, but does not contain an exemption for medical reasons, rape or incest, which has doomed similar bills before the U.S. Supreme Court.

More than 30 people testified on each bill, with House Bill 233 drawing the most opposition.

Some testifying on the bill said it inserts the General Court into an area that belongs with medical professionals and women and their families.

Rep. Marjorie Smith, D-Durham, told the Senate Judiciary Committee Tuesday, there is no evidence any such actions by doctors have ever occurred in New Hampshire, because if they did, the physician would never practice medicine in the state again.

She noted she had two successful pregnancies.

“There was no room in my doctor’s office for 424 legislators to make that decision,” Smith said. “I was there, my husband was there, and my doctor was there. They are the ones who should be there. This is the latest effort to interfere with the rights of women and their families.”

Several doctors testifying said they objected to the insinuation that doctors would not try to save a child who could survive.

“This bill is unnecessary, it is misleading, and it is inappropriate,” said Dr. Maris Toland of Dartmouth-Hitchcock. “It is emotional for a lot of health-care providers because this feels like an attack on our compassion and empathy.”

Suggesting providers are not providing the appropriate medical care to any patient is insulting, she said, telling the committee about her patient who lost her child born prematurely. She said the most appropriate care was to place the baby in the mother’s arms.

Toland said over-treating a child in that situation can have long-term traumatizing effects on families.

Laura Aibel of Madison lost her child during her 23rd week of her pregnancy.

She said the health-care providers tried to save her child whose heart was beating but was not breathing because her lungs were not sufficiently developed. She was weighed, measured, swaddled and baptized, she said.

“We had 40 minutes before her heart stopped beating,” Aibel said, “we just wanted to protect her.”
The medical providers were so kind and caring and to intubate the baby to keep it alive “is horrifying to me.”

“I am forever grateful for the gift she gave us; she showed us how profound being a parent is,” Aibel said.

But she said the bill would have prevented spending the final minutes with her child.

Sarah Connors said she had a misdiagnosis that ended her pregnancy and now counsels women who face the same decision, noting she has grieved 10 years for her daughter.

She noted the committee has heard from medical providers who work in hospitals and clinics where babies are expected to live, but that is not what the bill addresses which is attempts to terminate pregnancies.

Sometimes medical people have a different viewpoint on the end-of-life care, Connors said, and that can influence people’s decisions that affect their lives in very negative ways.

“This is real, and we have to address this,” Connors said.

Ian Huyett of Cornerstone Action, worked on an amendment that he said fixes a lot of the problems with the bill’s vagueness by saying the medical provider cannot intentionally hasten the death of an infant.

He said the intent is not to require futile medical treatment for a fetus.

Huyett noted the concern about the intrusion into the patient physician relationship, noting if that doctor hastens the death of a patient, “that is not the kind of relationship the General Court ought to be in the business of protecting.”
But several people said the bill would interfere with parents’ religious beliefs and spirituality.

Emily Heath, a pastor at the Congregational Church in Exeter, said she opposed the bill for religious and spiritual reasons, noting she has counseled parents facing the life and death decisions for their newborn child.

“I have baptized many babies who are dying,” she said. “It helps families cope with their loss and grief.”

She said it is a matter of religious liberty.

Heath urged the committee “to trust the parents and trust the medical person and don’t politicize and inject government into this sacred and holy moment.”

Others were concerned the bill would make the availability of obstetrics care even more difficult especially in the state’s rural areas.

Dr. Barry Smith, former chair of obstetrics and gynecology at Dartmouth-Hitchcock Medical Center, said great effort has gone into building the current system that stretches to Maine and Vermont and includes the state’s North Country.

“It took 50 years to build that system,” Smith said, “it is a very fragile system and getting more limited every day.”
He and others said there are few graduates from medical school interested in providing those services and bills like HB 233 make it more difficult to attract people to provide those services.

“After we recruit someone, we need to retain them,” Smith said. “Obstetrics is a team sport, and you want to destroy the team.” He referred to the section of the bill that requires providers who are aware of failure to treat a newborn child to report the physician.

“You are asking people do things to fetuses we all know is not going to help them and are harmful,” he said. “You need to put a little trust in the physician and this is not the way to do that and it puts the entire system of care at risk.”

The committee heard almost as much testimony on the bill to ban abortion during the 24th week and after, most of it in opposition.

The major concern expressed was the lack of exemption in the bill for medical emergencies, rape or incest.

The prime sponsor of the bill, Rep. Beth Folsom, R-Wentworth, said New Hampshire has the reputation as the most abortion friendly state in the nation. “I am not sure that is a great badge to wear,” she said.

She called her bill a common sense, moderate approach to prohibit abortions during and after the 24th week of pregnancy.

Folsom said the bill does not try to eradicate abortion but to limit it. “This is not radical,” she said.

But Smith said viability of the fetus is what should determine whether to consider abortion not an arbitrary date like 20 or 24 weeks.

Sen. Bill Gannon, R-Sandown, asked if there is any evidence abortions are being performed after the 24th week in New Hampshire.

Folsom said New Hampshire does not collect data on abortions so it is impossible to say definitively.

He questioned why there are no exemptions in the bill for medical emergencies, rape or incest.

The committee did not make an immediate recommendation on either bill after nearly five hours of testimony.