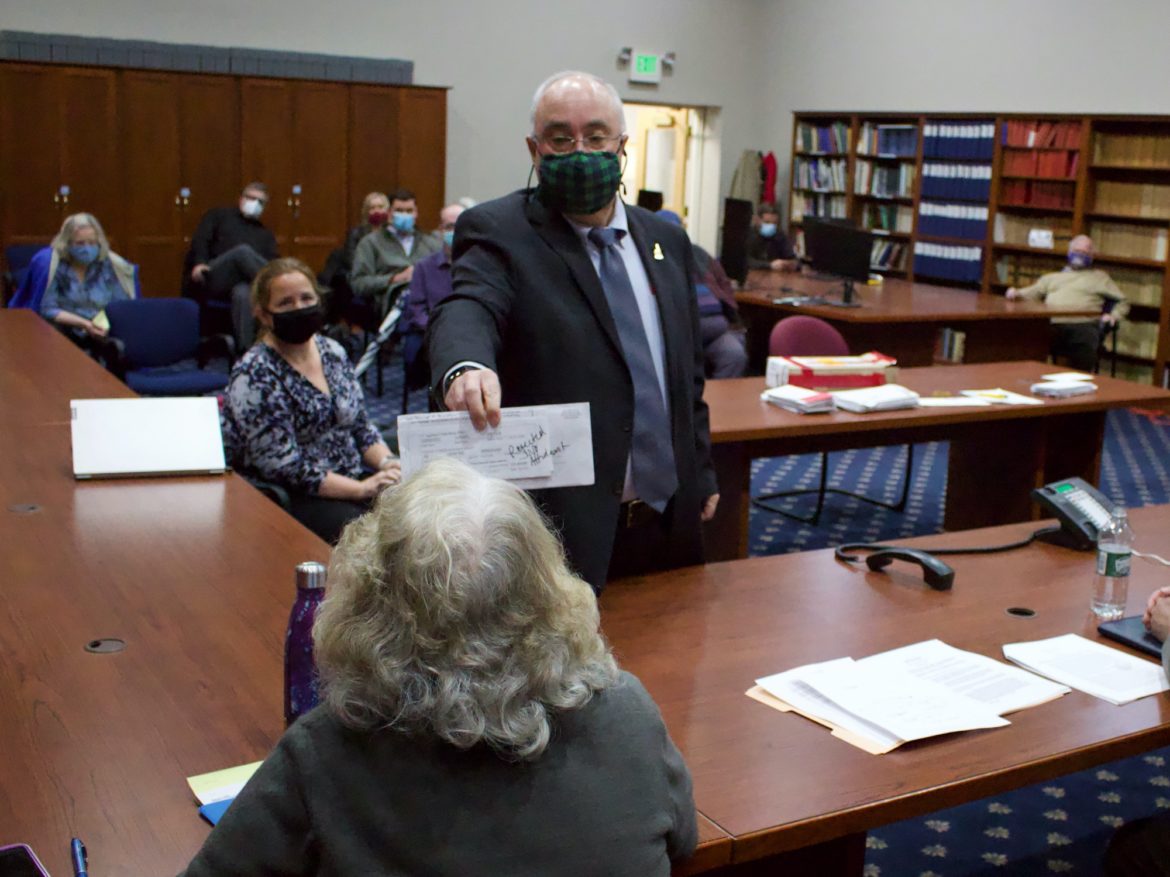 CONCORD — An agreement to investigate vote discrepancies in Windham from the Nov. 3 election would involve national experts, lawmakers learned Friday.

The agreement is likely to be included in Senate Bill 43, which had a public hearing before the House Election Law Committee Friday along with three other bills sponsors said would help restore trust in the integrity of New Hampshire elections.

Windham’s election results came under scrutiny after a recount of the Rockingham District 7 House seat showed seven of the eight candidates picking up about 300 votes each, while the person requesting the recount in what appeared to be a close race for the fourth seat, Kristi St. Laurent, a Democrat, losing 99 votes.

The Ballot Law Commission referred the issue to the Attorney General’s Office, which is conducting an investigation, but the law prohibits another recount of the race as some would like.

The Senate last month passed SB 43 on a 24-0 vote which authorizes the Attorney General and Secretary of State to conduct an audit of the election results and release their report in 45 days after the bill becomes law.

At yesterday’s public hearing on the bill, Windham resident Ken Eyring, who has worked with state and local officials on a solution, outlined a plan.

“I believe we have found a process that addresses all of the many concerns,” Eyring said. “We have come up with something that takes a slightly different path.”

He said he discussed the proposal with Secretary of State Bill Gardner the night before and addressed his concern that a recount of a recount not be held.

Gardner supported the plan at the hearing.

Under the plan, a panel of national experts would do a forensic analysis of the town’s four Accuvote machines, running all of the ballots cast at the Nov. 3 election through each of the machines. The machines are used in about 85 percent of the voting districts in the state.

The expert panel would determine the best methods to provide a thorough analysis of the machines, he said.

A hand recount of two other races on the ballot, but not the District 7 race, would be done to compare to the machine results, Eyring said.

The Secretary of State and town would agree to provide whatever resources are necessary to complete the forensic audit, he said, which would be done at a neutral location, not Windham nor where recounts are conducted.

The forensic team would produce a report and findings and give it to the Secretary of State, who would make it public, Eyring said.

The audit could produce what everyone is asking, “Do our voting machines work properly?” he said.

Eyring said concerned citizens and officials would be present and close to the panel’s work to ensure transparency and the process is thorough.

He said his proposal addresses all 11 points and more the board of selectmen and members of an election sub-committee appointed earlier this week wanted addressed in a proposed amendment sent to the Election Law Committee.

“We are going to do whatever is possible to find out as much as we can find out about what happened to our machines on Nov. 3,” Eyring said.

Gardner said the plan would help determine what could have happened on Nov. 3 but warned they may never know exactly what caused the discrepancies.

“What the Senate did was a road map, a framework, some people have been interested in flushing out how this would be done,” said Gardner, “and what Ken Eyring presented to you is what that is.”

While several people testifying suggested the discrepancies in votes between election totals and the recount were the largest in state history, Gardner said there have been bigger percentages in the past.

He noted 6,000 people around the state work on elections and humans make mistakes.

“People can make a mathematical error, not deliberately, but it happens,” Gardner said. “You do not get perfection, what you want is the right person winning the election and serving in office.”
But Heath Partington, vice-chair of the Windham selectmen, said the board appointed a sub-committee which met and developed the 11 points officials wanted addressed in investigating what happened.

“What Ken Eyring did was an end around that process,” Partington said, “and what he proposes is something different than what was agreed to Wednesday without discussing it with those involved.”

He said Eyring’s proposal focuses on the voting machines, “when we need to do a recount to give us more clarity beyond the output of the machines.”

The committee will discuss what it wants to do with the bill at a later date.

House Bill 480 would allow public access to ballots after they had been counted and after a recount.

Supporters said allowing public access would provide another pair of eyes to ensure the integrity of elections in the state.

The bill’s prime sponsor, Rep. Jess Edwards, R-Auburn, said while the bill has been killed three times by the legislature in recent years, it is time to take another look in light of what happened in the last election.

He said there were cities where there was “very suspicious” activity where poll watchers were kept at a distance and unable to see ballots counted or processed.

“There were many cities where there was great concern the ballots were not treated properly,” Edwards said, but when questioned by several Democratic committee members where that occurred or where he learned about it, he refused to say, noting that is not the point of the bill.

He alluded to the Windham situation and noted the problem would not be known unless the person requested a recount.

Edwards said there is greater need for transparency.

Deborah Sumner of Jaffrey supported the bill and has advocated for public access to ballots for some time, taking two cases to the state Supreme Court.

“Right-to-know is our right to truth,” Sumner said. “Local citizens should be able to investigate for themselves.”

The Secretary of State’s Office opposed the bill, saying there are a number of reasons ballots should remain sealed after elections.

One reason is privacy so no one can tell how someone else voted, another is an election has to end after a recount and a ruling from the Ballot Law Commission, said Deputy Secretary of State David Scanlan.

And he said there used to be vote buying in the past, while making ballots exempt from public disclosure prevents that.

“There are very valid reasons for the practice of not making ballots public after the election,” Scanlan said.

House Bill 491 would require voting machines to be programmed to reject ballots when a voter votes for two candidates for the same office or what is called over voting.

Massachusetts and Vermont have programmed their voting machines to do that and give the voter an opportunity to correct the ballot, said the bill’s prime sponsor Rep. Marjorie Porter, D-Hillsborough.

But Scanlan opposed the bill saying it would create separate classes of voters, those who have an opportunity to correct their ballots and those who do not.

And House Bill 524 would require the Secretary of State to collect random verifications of polling place results after each election.

The bill would require an audit of five polling districts.