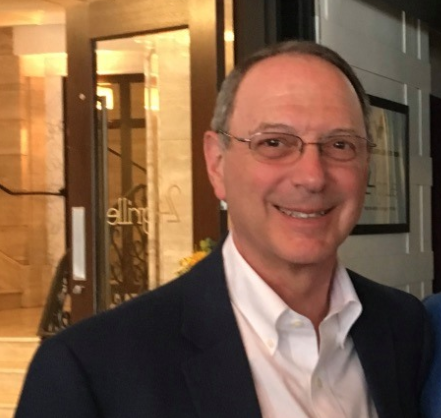 CONCORD — House and Senate committees Tuesday dealt with two bills that would provide school districts with the same state aid they received this year.

Democrats on the House Finance Committee pushed to approve House Bill 623, but Republicans instead voted to retain the bill and wait until members have a better idea of how much money they will have to spend in the next two years and for Gov. Chris Sununu’s proposed budget.

The lower enrollments in both formulas would result in school districts losing about $90 million in state aid.

HB 623 would have the state distribute the same amount of education aid in the next two fiscal years, 2022 and 2023, as it distributes this fiscal year, 2021.

Lawmakers increased state aid to education by $168 million in the biennial budget approved in September 2019 by returning stabilization grants to their original level and providing additional aid to property poor districts and those with a greater number of low-income families.

That additional aid was a one-time expenditure, but supporters of the bill urged House Finance Committee members to continue the programs at a public hearing last week with no opposition to the bill.

Tuesday the House Finance Committee voted down party lines to retain the bill, along with five others it acted on. Retaining the bill holds it for another year, but the committee wants to keep the bills until it completes work on the next biennium’s budget.

Committee chair Rep. Ken Weyler, R-Kingston, said the committee traditionally retains bills seeking state funding to determine if they should be included in the budget in light of the money available to spend, which will not be known until the Ways and Means Committee determines revenue estimates.

“We all know we have some issues and need to work on education funding and the best way to handle that is to retain the bill and look at what the governor is proposing and the last COVID relief act that President Trump signed,” she said, noting there are millions of dollars for education.

But committee member Rep. Peter Leishman, D-Peterborough,  said some communities have been hard hit from the impact of the pandemic with the loss of state funds.

He read off the losses for a number of communities represented by committee members including Berlin which would lose over $2 million, and Farmington and Weare, which will both lose more than $1 million in state money.

“We should move this bill forward,” Leishman said, so towns could see the funds would be restored.

And he noted state retirement costs are projected to increase 20 percent next year as well and that will be a huge impact on local budgets.

Weyler said even if the House moved the bill quickly to the Senate, the proposal would not be funded any quicker than it would going through the budget process.

The committee voted down party lines to retain the bill, 12-9.

Much like the House bill, Kahn’s bill would use past school year’s attendance and free and reduced lunch figures to determine state adequacy aid to school districts.

The bill would continue the disparity aid program in the second year of the next biennium. However, the aid would be $36.7 million in fiscal year 2023 instead of the $62.5 million in this fiscal year’s budget.

“Over the past year, the ADMA (average daily membership in attendance) and enrollment in the free and reduced lunch program have dropped significantly due to the COVID-19 pandemic,” Kahn told the committee. “Without legislative intervention, these drops would result in decreased funding for our school districts at the worst possible time.”

He said his bill would allow districts to maintain their level of state funding based on numbers from the 2019-2020 school year.

The disparity aid would help the 80 school districts with the lowest property valuations per pupil in addition to the highest tax rates, he said.

The Senate is expected to approve a similar bill Thursday that has bipartisan support when it meets remotely beginning at 10 p.m.

Senate Bill 135 would adjust aid levels to the prior school year to blunt the drop in state aid due to the pandemic.

The bill is estimated to increase spending by $45.7 million in order to hold school district state adequacy aid to the current level.

Sununu in his budget address last week said he wants to take care of the problem with the free and reduced lunch figures which are used to determine additional aid for students in low-income families.

The problem stems from the change the federal government made in the law last year during the pandemic, essentially opening the free and reduced school lunch program to everyone.

Many parents have not returned the form because the program is open to all and the number of students enrolled in the program has dropped significantly.

The Senate Education Committee did not make an immediate recommendation on SB 145.