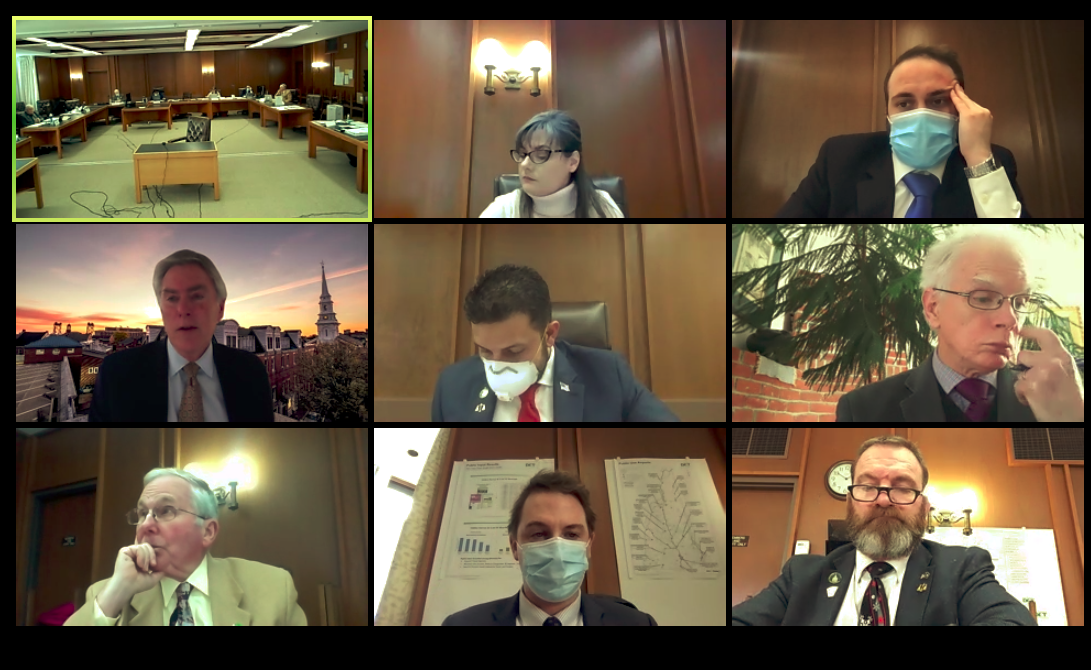 “The Constitution and New Hampshire’s RSA 91-A demand these be open,” said Gregory Sullivan.

Sullivan, an attorney who specializes in First Amendment cases, is currently representing the New Hampshire Union Leader in a case to open up the certification hearings for police officers at Police Standards and Training.

Sullivan spoke before the House Criminal Justice and Public Safety Committee on Monday as the committee took up consideration of HB 471, which would make the disciplinary hearings open to members of the public.

In New Hampshire, the Council can revoke or suspend a police officer’s certification to work in law enforcement, but those hearings are typically conducted in executive session out of the public eye unless the officer wants a public hearing.

Melissa Davis, of the New Hampshire Association of Criminal Defense Lawyers, said opening up these hearings would give her clients access to information they are already entitled to under the state and federal Constitutions: any possible exculpatory information about a police officer’s background.

Many people who bring complaints against police officers are themselves defendants in criminal cases, she said. Davis said these people believe police are treated differently than the general public because their misconduct hearings are held in private.

“It’s hard for me to tell my clients the system is fair when it seems there are two sets of rules; one for my clients and one for police,” Davis said.

“The Chiefs support the intent of the bill but have concerns,” Reynolds said.

Reynolds said the bill allows police officers accused of misconduct to seek to have some testimony or information be kept private, like the names of alleged crime victims, or children involved. But the bill would require the officer to disclose too much of that information in public, Reynolds said.

Sullivan said private information is part of public hearings done for nurses, doctors, and other professionals licensed by the state.

Manchester teen, Sophie Biondolillo, daughter of committee member Rep. Amanda Bouldin, D-Manchester, testified that opening up the hearings would restore trust in the community for police.

“It is a simple solution that will increase trust in police greatly,” she said.

Rep. Dick Marston, R-Manchester, questioned the 14-year-old, asking if she would want to have her school discipline hearings done before the entire school, but that line of questioning was stopped by Committee Chair Daryl Abbas, a Republican from Salem.

Abbas noted that minor records are considered confidential, and there is a vast difference between a police officer going before the state council and a teenager getting disciplined at school.

A vote on the bill was not expected on Monday, though amendments were considered late Monday afternoon. The committee did vote down a bill that would have banned police in New Hampshire from using no-knock warrants (HB 507).

Nashua Police Sgt. Michael Lang testified that the warrants are generally used when police believe the target of the warrant is armed and dangerous.

“Banning no-knock warrants will lead to us getting injured or killed,” Lang said.