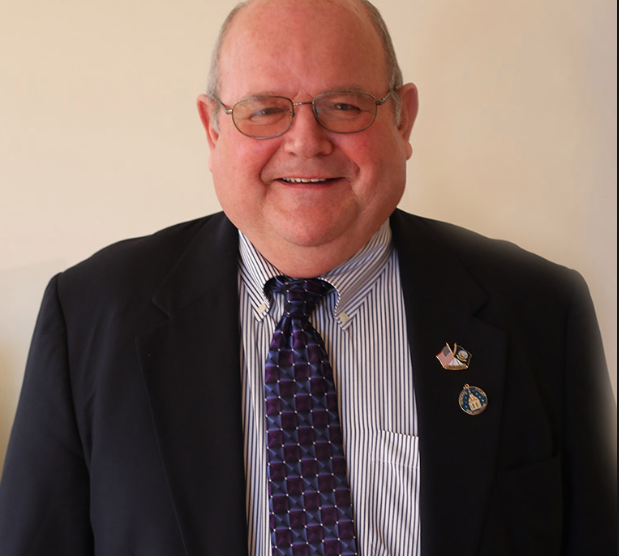 CONCORD — Proponents and opponents of “education freedom accounts” Tuesday debated if the bill would benefit students or special interests, and if it would provide greater educational opportunities or be an invitation to commit fraud.

A multi-hour public hearing before the House Education Committee drew testimony from as far away as Arizona and as close as Manchester as both sides turned out in force to make their case for or against House Bill 20, a priority of the Republican legislative leadership.

The bill has the backing of Department of Education Commissioner Frank Edelblut, and Gov. Chris Sununu supports education choice or vouchers.

Many parents of students with special needs or disabilities supported the bill saying it would provide the flexibility to best suit their children’s needs, but educators and others said it would seriously jeopardize public education and drive up already high property taxes in property poor school districts with high poverty levels.

The bill is named after former House Speaker Dick Hinch, his top priority for the session, and has been taken over by current House Speaker Sherman Packard, R-Londonderry, after Hinch died from COVID-19 one week after being elected speaker.

“The challenges that students, families, and educators are facing are unprecedented. Parents are being left to pick up the slack with educational, social, and emotional needs of children,” Packard said in introducing the bill. “In the wake of the pandemic, education funds must be provided directly to families so that they can foster stable and continuous learning, and to pay for any educational option that works best for their situation – at their sole discretion. Education Freedom Accounts ensure and support a high quality, flexible, and unique publicly funded education for all New Hampshire students.”

But others said the bill would allow the use of taxpayer dollars without any accountability or state oversight, taking that money away from public education, which needs more state money not less.

“House Bill 20 undermines the public school system,” said Rep. Mary Heath, D-Manchester, who is also a former deputy education commissioner. “I am deeply troubled by the fact it takes money from our public schools when we already have a source of revenue for children through the scholarship program.”

Heath said the voucher proposal would place an unconscionable burden on taxpayers.

Edelblut recently did a financial analysis indicating the cost to state and local property taxpayers would be minimal and would give school districts a three-year window to adjust their budgets to the loss of state aid when students leave public schools.

In his analysis, Edelblut claims it will save state taxpayers about $360 million to $390 million over 10 years by lowering public school costs.

He touted the program in light of the pandemic and its effect on children, but committee member Rep. David Luneau, D-Hopkinton, who chaired the Education Funding Commission which met last year, questioned what the program would do to help students who underperform in property poor districts, which the commission found to be the biggest driver of educational inequity.

Edelblut claimed the bill would close the performance gap between students from higher income families and low-income families, but Luneau disagreed.

The student’s parents would receive the basic state adequacy grant of about $3,700 as well as additional money if the student qualified for free or reduced lunches, special education services, English as a Second Language instruction, or failed to reach math proficiency.

The program is open to the parents of a student eligible to enroll in a public elementary or secondary school who wishes to send their child to a different school district, private or religious school, home school, or other alternative educational programs.

The scholarship organization overseeing the grants would maintain a list of available services, but the state would not have to accredit a provider.

Provisions in the bill indicate there are no restrictions on the types of schools where the money could be spent and they do not have to abide by state or federal regulations, or change their creed, religion, or curriculum to receive grant money.

Also there are no income limits on who can participate in the program, causing several committee members to ask one of the bill’s sponsors Rep. Glenn Cordelli, R-Tuftonboro, who is the education committee vice chair, if the voucher program would not be the most wide open of any like program in the country.

Rep. Mel Myler, D-Hopkinton, asked if the bill would not be the “first universal voucher program without any qualifications in the country.”
Cordelli said the bill establishes a savings account like five other states have and not a voucher system, and agreed it would be the broadest of any of those five programs.

He defended the bill’s accountability saying it would rest with the parents of the child.

“A parent can walk and take the dollars with them if their child is not getting (a good education),” Cordelli said. “That is better accountability than in public schools where you cannot leave. If a public school is not performing well, the only accountability is they get more money.”

But Charles Siler, a former lobbyist who worked for the Goldwater Institute, which promoted voucher and education savings account programs, said he changed his mind when he saw the real impact the programs have on communities.

He said Arizona passed a universal voucher program that had more oversight, transparency, and control than the one proposed for New Hampshire.

Voters forced the question to go to a statewide referendum vote where it was soundly defeated and created an uprising in support for public education.

He said such programs cost school districts federal money as well as state aid and reduce investments in rural and poor communities.

“What’s really scary about your bill, what is most extreme is the allowable expenses are so broad, you could pay for Netflix or buy a big-screen TV or Ipad,” Siler said, or it could pay for tutoring from someone in Switzerland or Orlando, Florida, so someone could charge airplane tickets.

In Arizona he said officials uncovered hundreds of thousands of dollars of fraud.

But Jenny Clark touted Arizona’s program saying it was life changing for her family and their five children.

Her two oldest sons had severe disabilities that made learning very difficult because they cannot write or read.

With the education savings accounts program, they were able to receive the services they needed which the local school district could not provide, she said.

“It was life changing because we were no longer limited by finances or insurance,” Clark said. “As parents we should not be limited by our income or our zip code.”

Several other mothers of children with disabilities touted the bill saying it will make a huge difference including several from Manchester, including a special education teacher .

Elizabeth Tentas said the bill would open so many doors to so many opportunities for her child.

“An EFA will help with additional services,” she told the committee. “This is huge knowing you can send your child to a private school knowing you are making the best decision.”

But others opposed the bill which has drawn the attention of educational groups and organizations. This week the Concord School Board voted to object to the bill, as have others.

Megan Tuttle, president of NEA-NH, said the bill is the most expansive voucher bill ever proposed in the country.

“Public school funding is open and transparent. Voucher spending is private and shrouded in secrecy. Public schools are owned, operated, and managed by the public. Private voucher scholarship companies are designed to make a profit,” she told the committee. “There are no laws or limits that prevent parents from choosing to send their children to a private, religious, or home school. Every family is free to make that choice. But that choice should never diminish another child’s education or obligate any other family to help pay for their tuition.”

The committee will continue to work on the bill before making a recommendation.