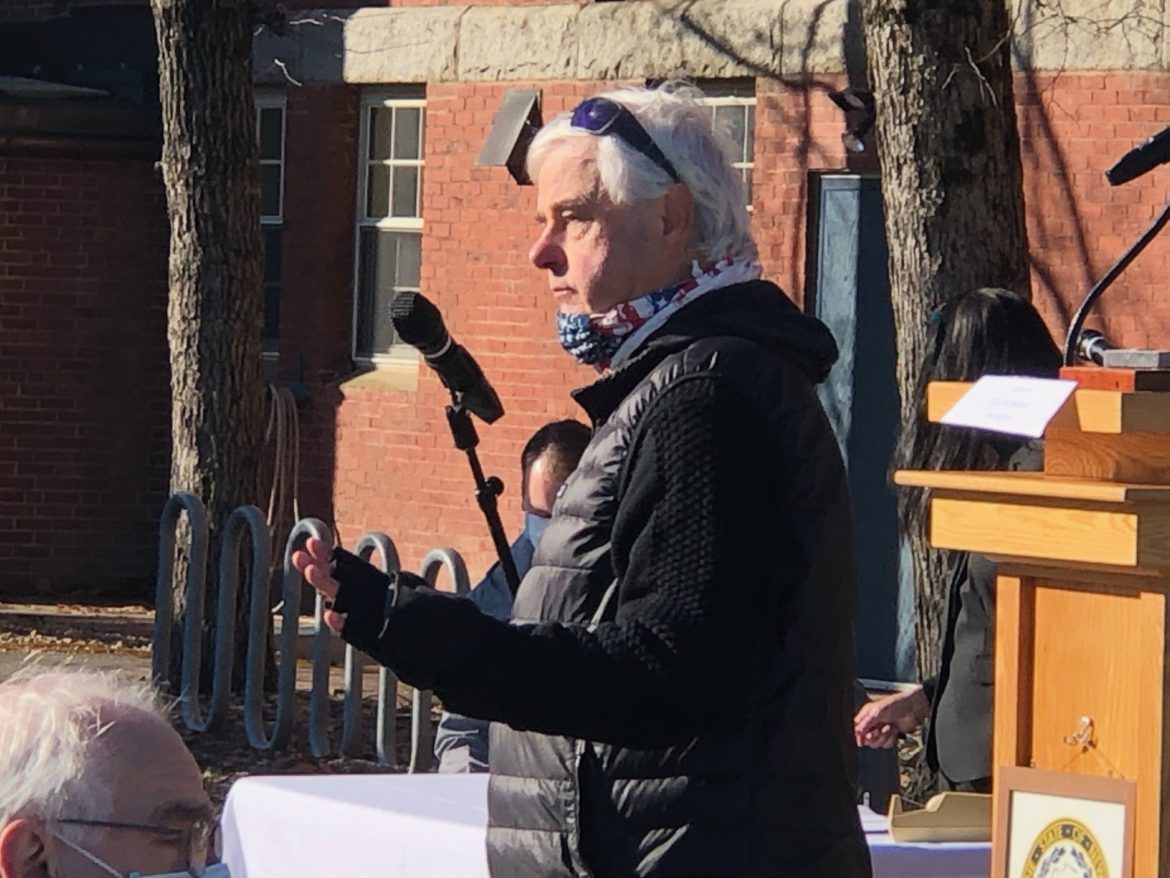 The Senate Commerce Committee held a five-hour hearing on Senate Bill 61 last week with a vast majority of the testimony in opposition to the bill that would prohibit collective bargaining agreements from requiring all employees to pay for the negotiating and administrating costs of master contracts.

Similar bills have been before the legislature for almost 40 years, but none has become law, mostly voted down by either the House or Senate, and some have been successfully vetoed by governors.

Proponents of prohibiting unions and employers from requiring non-union members to pay dues or fees, say it promotes worker choice and forces unions to provide better services. They also claim it will spur companies to move or expand in New Hampshire, however, the claim is controversial.

But opponents say it is “right-to-work-for-less,” union busting in favor of executives and investors, and un-American because it forces unions to provide their services for free to non-members.

New Hampshire would be the first state in the Northeast to adopt the right-to-work provision.

During the committee’s executive session Monday, committee members discussed concerns raised by the Attorney General’s Office about the potential costs of enforcing and implementing the law, as well as a provision requiring investigations and concurrent jurisdiction with county attorneys’ offices, which could result in double jeopardy.

“Those are fatal issues in regards to this bill,” said committee member state Sen. Donna Soucy, D-Manchester. “This bill is not ready for prime time at this point.”

But state Sen. Jeb Bradley, R-Wolfeboro, cited a letter from the Attorney General’s Office saying the office is prepared to oversee and enforce the law if it passes and is ready to seek resources if they are needed.

Sen. Kevin Cavanaugh, D-Manchester, raised the issue of the bill needing a fiscal note, which indicates it has financial implications for state government, and should go to the Senate Finance Committee, but committee Chair Sen. Harold French, R-Webster, said it does not need a fiscal note.

Voting for the bill were Sens. French, Bradley and Bill Gannon, R-Sandown, while Soucy and Cavanaugh voted against passage.

Right-to-work legislation has been pushed by some business groups and political organizations, including the Koch Network, which seek to reduce the influence of unions.

“Last week we listened to over four hours of public testimony where Granite Staters, both Democrats and Republicans, adamantly opposed this legislation. The only voices in support came from out-of-state organizations,” Cavanaugh said after the committee vote. “I am extremely disappointed that my colleagues chose to side with two voices from Virginia instead of the majority of their constituents. Right-to-work will always be wrong for New Hampshire.”

Opponents speaking at the public hearing said it would allow workers who refuse to join unions to receive for free the benefits union members pay for through their dues, creating division in the workplace.

But supporters of the bill say it will allow workers to decide for themselves if a union provides good service or not.

The bill will come before the Senate later this month and is expected to pass and go to the House.

The committee decided to re-refer a bill that would extend the federal paid and family leave program during the remainder of the COVID-19 pandemic.

The bill’s prime sponsor, Sen. Rebecca Whitley, D-Concord, said the measure would apply to businesses with 15 or more employees and provide two weeks of leave.

She said it would also have the added health benefit of allowing people who are sick or have sick children to stay home and not infect others.

Bradley suggested the committee refer the bill and then table it when it comes to the floor to allow the federal government to act on another stimulus package.

Bradley noted Senate Bill 64 conflicts with some of the federal provisions and they should hold it to see what transpires in Washington and if they need to take state action later this spring they will have the bill to use.

Democrats on the committee wanted to pass the bill, which had all Democratic sponsors, but were outvoted by the committee’s Republicans 3-2.

The committee did recommend a bill establishing the Workforce Pathway program with the Community College System to retrain workers displaced by the pandemic.

Bradley called it an appropriate new initiative and recommended it be approved and sent to Senate Finance to determine how it would be funded.

But French and Gannon objected saying many of the companies supporting the program are now paying for retraining workers themselves through partnerships with community colleges.

“They are paying for the training now, and they are saying, ‘Why not have someone else pay for it.’” Gannon said. “These jobs are available and training is available and the state does not need to do it.”

But Soucy noted there are a number of good systems in place, and the bill would standardize it under one program.

Bradley joined Soucy and Cavanaugh in supporting the bill.

After an hour-and-a-half of testimony, mostly from owners of vaping shops or distributors, the committee voted 4-1 to kill a bill that would have banned flavored e-cigarettes and e-cigarette cartridges, except for menthol.

The commerce committee will hold a public hearing on Senate Bill 63 to give companies limited liability if employees contract COVID-19 through their employment next Monday at 1 p.m.

The bill was supposed to have had a public hearing Monday, but the bill’s prime sponsor, Sen. Bob Giuda, R-Warren, is working on an amendment.

The limited liability provision is supported by business groups but opposed by unions and worker advocacy groups.