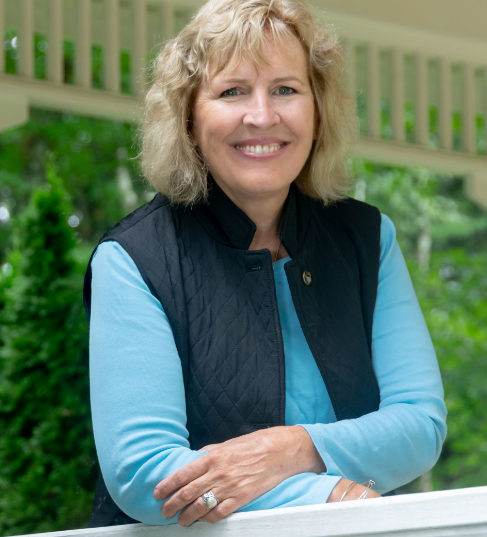 CONCORD – State Rep. Rosemarie Rung was ordered out of a legislative committee meeting Wednesday after House Speaker Sherman Packard showed up and told the chairman she had to go.

Packard waved Rep. Andy Renzullo, R-Hudson, out of the meeting room at the Legislative Office Building and told him Rung had to leave because he had stripped her of her committee assignment several weeks ago because of a tweet she posted.

The tweet called for New Hampshire police to denounce Troy Police Chief David Ellis for attending the pro-Trump rally in Washington D.C. on Jan. 6 that led to the storming of the U.S. Capitol and ultimately to the impeachment of President Donald Trump. Ellis has said he wasn’t part of that mob and attended on his own time.

Rung, a Democrat from Merrimack, said she remained on the rolls and was listed as a member of the House Resources, Recreation and Development Committee and as a result was told by the ranking member and chairman to attend the meetings. Packard, a Republican from Londonderry, has demanded that she apologize for the tweet, but has also added another demand for her to be reinstated to the committee.

“The Speaker not only expects me to apologize for the tone and content of my tweet, but now wants me to apologize to him for all the disruption he and his staff have experienced from the calls/emails his office has received as a result of the press coverage,” Rung said. The incident was highly publicized after InDepthNH.org first published the story of Packard stripping her of her committee assignment.

Rung said she tried to put the incident behind her by sending Packard an email which she described as offering an olive branch but has not heard from him. Packard didn’t immediately respond to a phone message Wednesday, but after taking away her committee assignment, he said that Rung insinuated in her tweet that Chief Ellis was in a photo she posted of the mob at the Capitol on Jan. 6, when he has publicly stated he wasn’t.

“This is the one that set us off, insinuating he was in the picture as did (Democratic Party Chair Ray) Buckley and both knew damn well he wasn’t there. It’s absolutely despicable from the Democrats,” Packard said.

Packard said since his action against Rung he has been getting many emails questioning why she was singled out for punishment for a social media post and two other House members who were publicized in the media for alleged racist and anti-Semitic postings on social media were not.

Packard said Rung refused to meet with him right after he removed her from the committee saying she would handle it herself, and he soon started getting the most vile emails and messages he has ever seen.

He believes Rung is using the incident to make political hay.

Packard said he demanded that she apologize to Chief Ellis and now to him and his office for the disruption caused by the emails and comments attacking him and Republicans. He said he has an email from her acknowledging that she was no longer on the committee and she showed up Wednesday anyway.

Packard got a call saying Rung was sitting on the committee Wednesday and participating by making motions when he was just arriving at the State House so he went over to the Legislative Office Building to make sure the committee chairman knew she wasn’t on the committee.

“She’s turned this into a mean-spirited political circus,” Packard said.

Rung left the committee room Wednesday after a bill she submitted to add two members from Londonderry to a study committee on PFAS groundwater contamination was voted ought to pass unanimously, a bill that she said would help Packard’s constituents.

“I realize I have to leave now being stripped of my committee assignment. I feel very sad about this,” Rung told the committee.

She went on to say there has been a double standard.

“I feel my freedom of speech is being violated and I’m just very disappointed,” Rung said, adding she believes she has contributed well to the committee.

“I urge all my colleagues from across the aisles to speak up because today it’s me, tomorrow it could be someone else but I really feel I’ve been mistreated,” Rung said.

Rung said she is particularly appalled because of not only the two Republican House members criticized for alleged racist and Anti-Semitic postings not being punished, but also the six Republican members who signed a Declaration of Independence for New Hampshire calling for the “Termination of office and Termination of the ‘state’” and finding the November election void and nothing was done to them.

She said after speaking with Packard in the hall, committee chairman Renzullo appeared to be shaken up and told her she could stay for the next hearing but then had to leave. He said he had just been “chewed out” by the Speaker for allowing her to sit on the committee.

Packard hasn’t spoken to her directly but first told House Minority Leader Renny Cushing, D-Hampton, that she had been removed from the committee, and now speaking to committee chairman Renzullo when she was in the room. She called that misogynistic behavior.

“I feel like I’ve been through the rabbit hole,” Rung said. “It was embarrassing and I feel humiliated.”