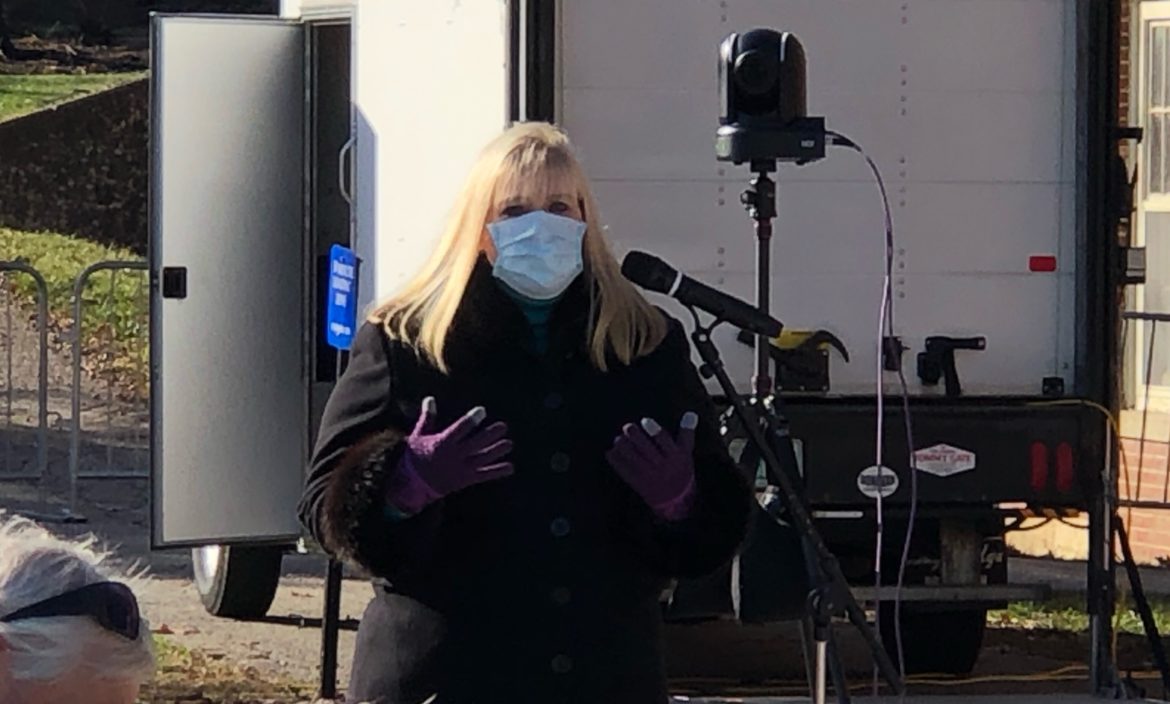 CONCORD — The only opposition to a bill to allow no-excuse absentee voting came from the Secretary of State’s Office at a public hearing Monday.

Another bill to require a copy of a photo identification with absentee ballots was opposed by many who said it discriminates against the elderly and the disabled.

Senate Bill 47 would retain the changes made to the absentee voting system due to the COVID-19 pandemic last year: allowing election officials to pre-process absentee ballots before election day and allowing greater latitude to request one to avoid a trip to the polls.

The prime sponsor of the bill, Senate Minority Leader Donna Soucy, D-Manchester, told the Senate Election Law and Municipal Affairs Committee the bill draws on what was learned from the 2020 elections.

“This bill would expand access to many voters across the board,” Soucy said. “If we could do it the last time for the first time, and do it so well, there is no reason we can’t do it moving forward.”

She said both elections last fall broke records both for voter turnout and for the number of absentee ballots cast and went very well.

“After the record-breaking voter turnout this past November the message was clear, no-excuse absentee ballots are a secure and fair way to increase election accessibility,” Soucy said. “This bill recognizes New Hampshire’s unmatched capability to conduct successful elections, no matter the challenges.”

While Deputy Secretary of State David Scanlan supported the pre-processing provision in the bill, he opposed allowing absentee voting without a reason.

He noted the bill’s potential conflict with the state constitution which limits absentee voting to absence from a voter’s community or for disabilities and said the provisions of no-excuse voting would create an opportunity for managing the election process or ballot harvesting.

Campaigns have become so sophisticated they can target potential absentee voters, he said, and work with them to receive a ballot, mark the ballot and return it to the proper place.

That process can be done on a large scale, Scanlan told the committee, while the current system puts responsibility on the individual voter.

The court decision that election officials can no longer compare signatures on applications and signed affidavits to ensure the person is a legitimate voter compounds the problem, he said.

“The court has said we can no longer do that,” Scanlan said. “As long as there is a signature, it has to be accepted.”
He noted some of the issues raised in the November election about absentee ballots and said whether it was a real issue or perceived, it affects people’s confidence about election integrity.

“In New Hampshire we want to instill confidence in the election system,” Scanlan said. “You have to balance concern about security (with ease to vote.)”

No one else testifying at the hearing opposed allowing voters to request an absentee ballot for any reason.

Former Sen. Melanie Levesque of Brookline, who chaired the committee last year, noted only 16 states require a reason to obtain an absentee ballot.

She called the bill an opportunity for forward thinking and to prepare for a future emergency.

Many people with busy lives want to vote but cannot go to the polls during the allotted time to vote, she noted.

“This would not remove the requirement to request a ballot,” Levesque said. “This would make voting easy, fair and more transparent for voters. Voting is a constitutional right.”

Ken Barnes who is retired said absentee voting was very helpful to him and others during the last election because they could remain safe at home.

“For a lot of people who are elderly or disabled absentee voting is a great convenience,” he said. “It often makes the difference whether you exercise your franchise or not.”

Cordell Johnston of the New Hampshire Municipal Association backed the section allowing for the pre-processing of absentee ballots saying it saved a great deal of time on election day and helped reduce wait times for those voting at the polls.

As a town moderator, he said, pre-processing also allowed several voters in his community who made mistakes on their absentee ballots to correct them and have their votes counted.

“There is no real downside to pre-processing,” Johnston said.

His organization was not taking a position on no-excuse absentee ballots, but he noted it has been a divisive issue in the past.

Johnston said he recognizes the political reality and asked if the committee was not going to support the bill they at least support the pre-procession provisions. “Do not let the perfect be the enemy of the good,” he said.

The bill was also supported by the groups Open Democracy and the Derry election moderator.

The committee will decide its recommendation on the bill at a later date, but committee chair Sen. James Gray, R-Rochester, asked Soucy to provide additional information on the constitutional limitations for absentee voting.

Senate Bill 54 would require anyone voting by absentee ballot to provide a copy of his or her license or other photo ID needed to vote at the polls with the ballot.

The bill’s prime sponsor Sen. Robert Giuda, R-Warren, said statutorily there is no way to verify a person’s identity or if that person is a resident of the state for someone casting an absentee ballot.

He said his bill would simply require the same photo identification a voter would take to the polls.

But the bill drew opposition from elderly and disabled advocates who said it would disenfranchise many voters.

Barnes said voting is a fundamental right and sacred duty, but the bill would impede that right for people like him who have been advised to stay home during the pandemic.

He noted most elderly people do not own a copier and would have to go somewhere like a library to make a copy.

“Senate Bill 54 would disenfranchise us,” Barnes said. “I urge you to defeat it unless you want to disenfranchise all seniors and retirees which I am sure you do not want to do.”

Michael Skibbie, political director of the NH Disabilities Rights Center, also opposed the bill saying it would discriminate against the disabled.

He said those unable to drive or go out or those with vision disabilities would lose their franchise to vote, while someone able to go to the polls can vote without identification if they fill out a vote affidavit.

“One group has the option to vote without an ID and the other does not,” Skibbie told the committee. “There is no reason to treat the two differently, that would discriminate against the disabled.”

Not only is that bad policy, he said, it is against federal law.

Janice Kelbie of Hooksett said her husband loved to vote, but it became more difficult as his Parkinson’s disease worsened.

She said the bill would turn away from the polls people who want a voice on how the country works.

To say someone with disabilities cannot vote without an ID is a terrible injustice, Kelbie said.

“This would disenfranchise elderly residents,” he said. “In Derry we do have (several) nursing homes and many residents do not have IDs and I am not sure how staff would be able to help them.”

He said his office received quite a few calls from residents for absentee ballots.

Giuda said his intent was to make those who are out of state like in Florida prove their residence is New Hampshire when they vote absentee, not to keep the disabled or elderly from voting.

He said he would make changes in his bill before the committee decides on its recommendation.

The committee will make its decision on the bill at a later date.