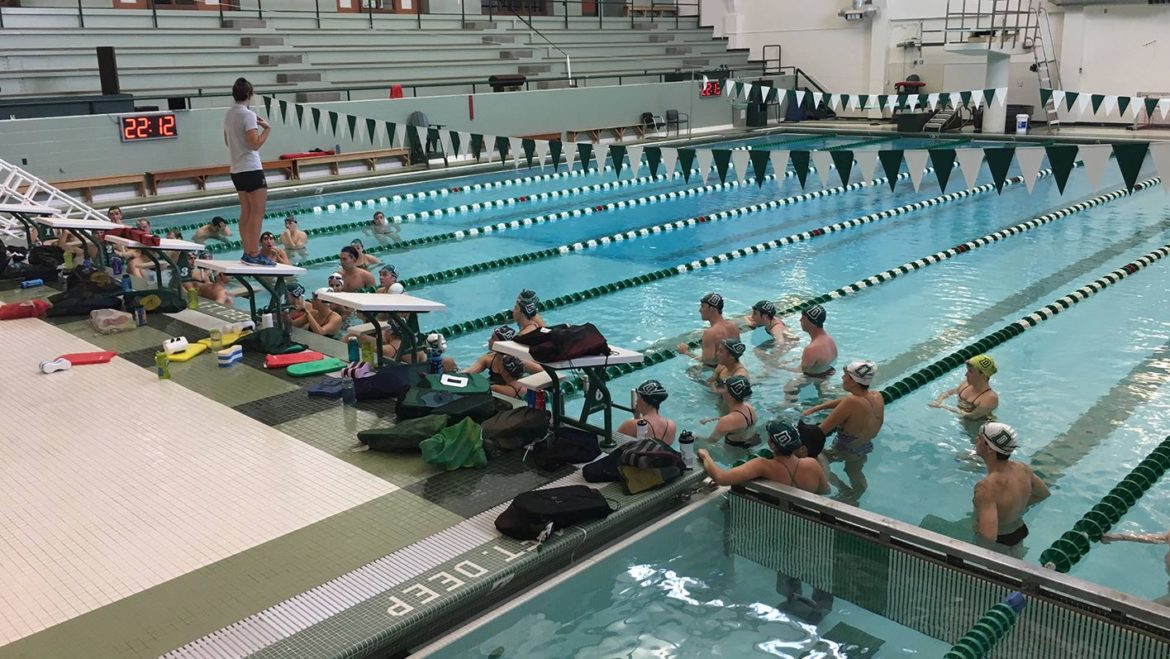 HANOVER – A high-pressure campaign to force Dartmouth College to reinstate the women’s varsity swimming and diving teams is now entering the legal realm as a California attorney is warning the Ivy School of the potential for a lawsuit.

Oakland attorney Arthur Bryant sent a letter late last week to College President Phillip Hanlon requesting a meeting to discuss what Bryant claims are the school’s violations of the federal Title IX rules. Bryant states that the school can avoid a lawsuit by reinstating the cut teams.

“It is my hope that Dartmouth, considering these factors, will agree to reinstate the women’s golf and swimming & diving teams and come into compliance with Title IX to avoid the need for a lawsuit,” Bryant wrote.

In July, the school eliminated the men’s and women’s Swim and Dive teams, as well as men’s and women’s golf, and men’s lightweight rowing as a cost saving measure this summer. Dartmouth expects to lose $150 million this year because of the COVID-19 pandemic.

According to Bryant, the eliminations pushed the school well outside of Title IX rules. Title IX requires that schools provide equal access to all programs, including sports. Without the five teams, there are fewer opportunities for women Dartmouth students to engage in sports based on the student body population, according to Bryant.

“Based on these facts, unless Dartmouth agrees to reinstate the women’s golf and swimming and diving teams or has some plans for compliance with Title IX we do not yet know, we will seek a preliminary injunction immediately reinstating and preserving these teams,” Bryant wrote.

Diana Lawrence, the school’s associate vice president for communications, said the school is aware of the letter and will be responding.

The legal challenge is the latest move by an effort to reinstate the swimming and diving teams since this summer. A group of Dartmouth families and alumni started the organization Save Dartmouth Swimming and Diving, which has consistently called out the school for the apparent racial disparity of cutting the swim teams. According to Save Dartmouth Swimming & Diving, about 100 students were impacted by the team eliminations, and about 30 of them are of Asian descent.

The group has organized letter writing campaigns, and outreach to alumni. The efforts include contacting U.S. Department of Education Secretary Betsy DeVos to try and get the federal government to intervene in the matter. Additionally, this fall’s alumni council Q & A meeting with Athletic Director Harry Sheehy was canceled after council members were reportedly flooded with swimming and diving questions.

The Save Dartmouth Swimming and Diving group is represented by R.C. Hammond, a New Hampshire resident and Washington D.C. political operative. Hammond was a spokesman for former Secretary of State Rex Tillerson in the President Donald Trump Administration. Hammond also ran the unsuccessful 2012 Newt Gingrich presidential campaign. Hammond did not respond to questions about who hired him.

Hammond said Monday that his firm was contacted by associates who have mutual contacts. He said his firm has provided services at a deep discount.