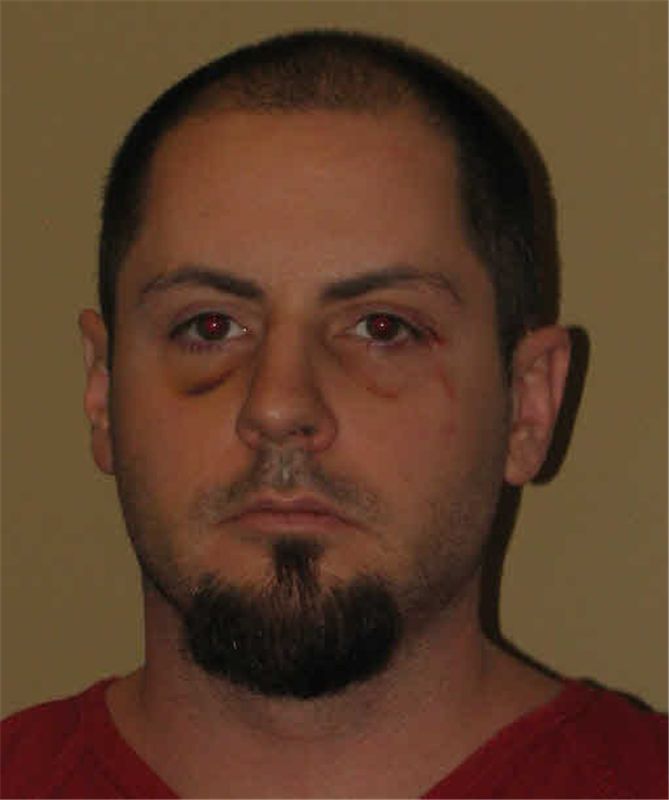 Phillip Borcuk, 34, NHID # 42416, was a resident at the Department of Corrections' Residential Treatment Unit at the state prison for men when he died on Dec. 6, 2017.

CONCORD – The estate of Phillip Borcuk has sued the state Department of Corrections and six employees in connection with his death three years ago while being held in the psychiatric unit at the New Hampshire State Prison for Men in Concord.

The lawsuit alleges that Borcuk, 34, of Cornish, died after corrections staff in the Residential Treatment Unit tased him multiple times, hit and pushed him to the floor of his cell and restrained him with his hands tied behind his back.

“It has long been established that persons placed on their stomach, rear cuffed and restrained may die from positional asphyxiation,” according to the lawsuit filed in Merrimack Superior Court by Manchester attorney Larry Vogelman.

The state has not publicly released the cause of Borcuk’s death and at the time he died, Dec. 6, 2017, the department issued a news release saying officers found Borcuk engaging in self-injurious behavior.

“Phillip, a 34-year-old man with a history of mental illness, was a victim of a criminal justice and correctional system ill equipped and untrained to house and treat those with mental illness,” Vogelman wrote.

Borcuk was admitted from Sullivan Superior Court into Department of Correction custody in 2012 for charges of operating after being certified as a habitual offender, theft by unauthorized taking and assault by prisoner, according to the department.

Borcuk’s “untimely death” was investigated by New Hampshire State Police Major Crimes Unit. Additionally an investigation into his death was conducted by the Disabilities Rights Center.

According to the State Police investigative report, Borcuk was observed vomiting blood into the toilet in his cell and was seen banging his head onto the corner of the sink, the lawsuit states.

Two officers instructed Borcuk to “get down,” while he was bleeding from his head and nose and the cell was covered in blood, Vogelman wrote.

“The defendants claimed that Phillip faced the officers with his hands up in a ‘fighting stance.’”  One officer tased and struck Borcuk a number of times, and threw him to the floor, Vogelman wrote.

Two officers rear-cuffed Borcuk and he was placed on a stretcher lying on his stomach secured to the stretcher.

Borcuk stopped breathing on the way to the medical unit and CPR was administered. He died on the floor, Vogelman wrote.

“All individual defendants knew or should have known of the risk to Phillip of placing him on his stomach, rear cuffed and restrained to a stretcher,” Vogelman wrote adding the officers used excessive force against him.

The state in 2018 settled an unrelated wrongful death lawsuit against the Department of Corrections for $75,000 for the death of Charles Mealer who committed suicide while a patient at the Security Psychiatric Unit at the men’s prison in Concord on June 22, 2015.

Mealer was 47. The cause of death was suicide due to acute amitriptyline intoxication, an antidepressant that was prescribed to Mealer, according to the lawsuit that was also filed by attorney Vogelman.

Mealer had been transferred to the unit several times since he was sentenced to the prison in 2011 on two counts of felonious sexual assault. The state didn’t admit any wrongdoing in that case.