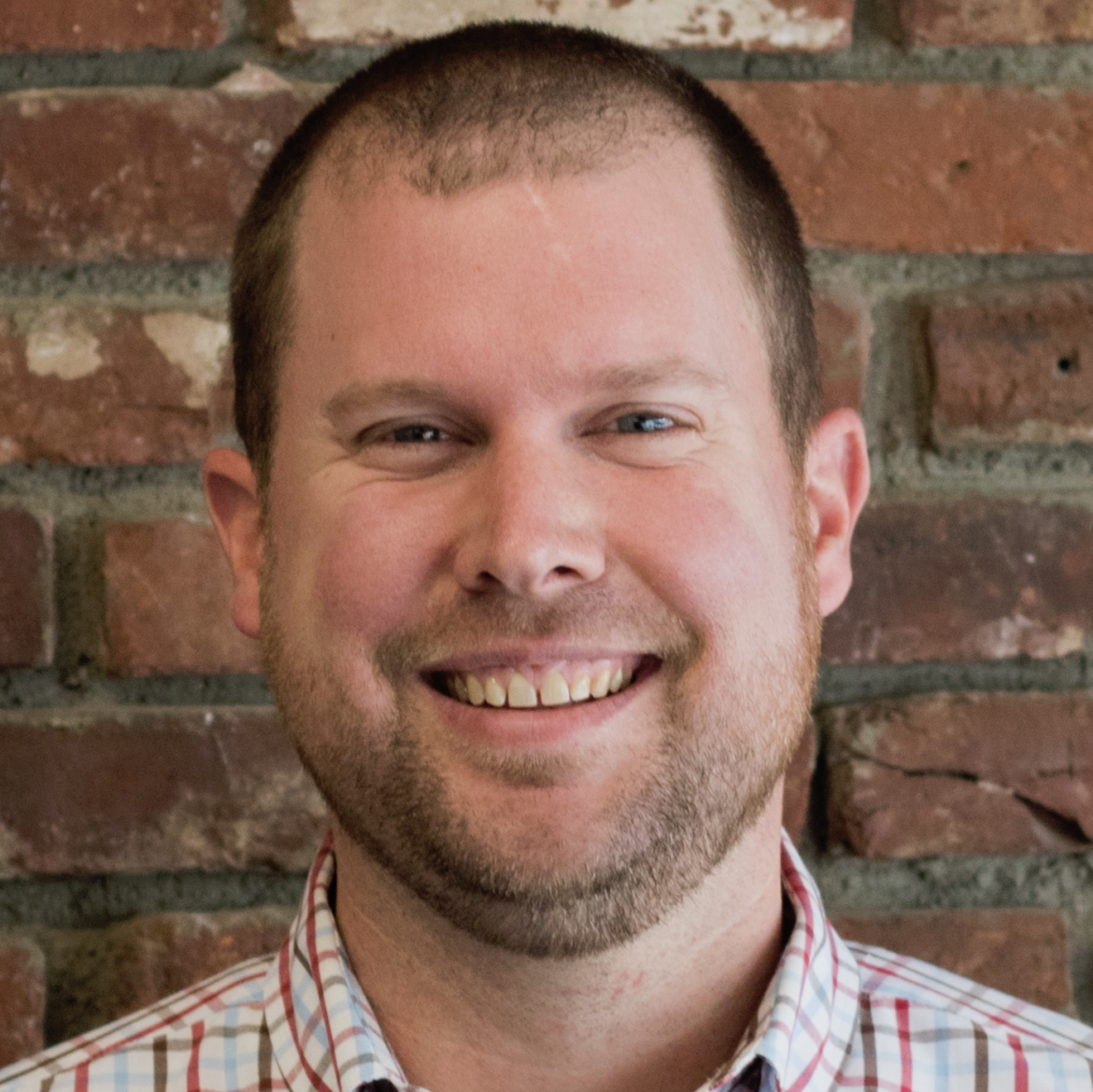 Congratulations on your election to the New Hampshire House of Representatives!

Though we were unable to gather at the State Veterans Cemetery in Boscawen this morning due to the pandemic, I want to extend my gratitude to our members and members-elect who have served in uniform. Thank you for your continued service to our country and to the communities you represent.

While Americans can exhale as we move on from the era of President Trump, our caucus cannot after the results of the election here in New Hampshire.

After hearing from many of you, I’m convinced that we need to make meaningful changes in order to transform the Democratic House Caucus and the Committee to Elect House Democrats. I am grateful to the leadership team that has served our caucus over the years; however, we need to build on what they have done and look to the future.

I hope to earn your support as the next leader of our caucus so we can move forward together.

After the setbacks of early November, we would be remiss if we did not re-examine our strategy and tactics for how we govern, how we campaign, and how we communicate with the working families of New Hampshire and those who feel like they don’t have a voice. We need to ensure that Granite Staters know how hard we are fighting for them.

The harsh reality for this next term is that our shared values as Democrats are under attack. With the GOP in control of the House, Senate, and Corner Office, we will be playing defense in order to stop legislation that harms New Hampshire families like anti-workers rights legislation, defunding our public schools to support vouchers, ending Medicaid expansion in the middle of a pandemic, gerrymandering the electoral map to marginalize the will of New Hampshire voters, and more. With the right leadership, we can peel off enough votes from the other side to stop some of the worst-of-the-worst legislation from being passed.

We also need to reinvent our operation in terms of policy, politics, and messaging. We need to step up our efforts to hold Republicans accountable for their radical agenda, determine when opportunities exist for us to score wins for working families in our state, and then we need to win back our majority. I believe that I am the leader who, with the right team and your support, can deliver on this vision for our caucus.

I developed this vision for our caucus the same way I plan to lead our caucus: by listening to you.

I will be your leader full-time and devote all of my energy and effort — except when my 7-year old son Ben and 5-year old daughter Rosie need me — to our caucus and the people of New Hampshire. Here is what I have heard that our caucus wants to see, and I hope it inspires you to join me in this effort.

Our Vision for the Democratic House Caucus and New Hampshire

Listen, Learn, and Empower. I will be the first to admit: I do not have all the answers and I certainly did not see myself running for Democratic Leader. However, after listening to fellow Reps, I believe we need a new direction as a caucus and campaign arm (Committee to Elect House Democrats). I pledge to listen, learn, and empower our members and take time to build trust within our caucus. We all have our unique strengths and we should find avenues for each member to contribute in ways that are meaningful.

Messaging That Resonates. We must retool our message frame for the fights ahead with soundbites that are short and sweet — and then we must repeat them to the press and on social media until they breakthrough. We need to invite Granite Staters to share their stories so the public understands how our neighbors’ lives and livelihoods will be negatively impacted by the Republican legislature’s agenda.

Training, Training, Training. We need to create a support system to help Reps and Candidates build up their skills to communicate with constituents and run competitive campaigns. Acknowledging the record investment in CEHD this cycle — including by many of you — I plan to raise and invest caucus resources in this effort at levels previously unseen. It won’t be easy or fun, but it’s critical that we have the resources, staff, and strategy in order to win back the seats we lost last week.

Coordinated Approach to Support Candidates. I have spoken to data experts and looked at the research they have shared. We need to build a toolbox for each Democratic candidate to have the best shot at success in their district, including integrated marketing materials for mail, digital, and top-level messaging they can tweak to fit their district. We need to make it as easy as possible for candidates to run strong campaigns and I am committed to breaking down silos and removing barriers in order to give us the best chance at success.

Raise and Target Our Resources to Win the Majority. I want to build a team of State Reps and other volunteers and borrow tactics from top-ticket races to raise more political campaign arm resources. I have raised $20k+ in back-to-back cycles for my floterial district races (30,000 voters), and I have no problem doing what needs to be done for House races. In addition to leading our political campaign committee, I want to look at our competitive races and use more innovative approaches to leveraging small-dollar donors for individual campaigns. I know we do not like it, but our competitive races cost thousands of dollars if candidates are to purchase palm cards, signs, two or three mailers, targeted digital ads, etc. We need to empower them with the resources to win back our majority.

Throughout my career, I’ve recruited, developed, and united diverse teams — board, staff, volunteers, and community stakeholders — to identify challenges, develop solutions and strategy, and work for change.

I grew up in Nashua and earned my B.A. in communications and political science at Plymouth State. After graduation, I joined City Year New Hampshire (2005-2007) to lead a team of diverse young adults from across the country serving full-time in some of our highest-need and most under-resourced public schools. For a modest living stipend and an education award to pay back student loans, we focused on improving students’ attendance, behavior, and course performance, which are early indicators and strategies to address our nation’s high school dropout crisis. Joining AmeriCorps was the first and very best career decision I made.

I joined ServeNext as co-founder and field director (2007-2008). We mobilized volunteers across the state during the presidential primary campaign to earn bipartisan support from more than half of the field, including then-Senators Obama, Clinton, and McCain. This grassroots effort laid the groundwork for what would become the Edward M. Kennedy Serve America Act (2009). I joined the founding team of Calling All Crows as co-director (2008-2013), a nonprofit that unites musicians and their fans to take action through hands-on service, activism, and grassroots fundraising. Through these relationships in the music industry, I was asked to take on more behind-the-scenes responsibility, learning lighting, media relations, and tour management (2012-2017).

After receiving my master’s in public administration at the University of New Hampshire (2016), I spearheaded an effort to save the Rex Theatre, a movie theatre-turned-nightclub in downtown Manchester that had fallen into disrepair. After rallying the Manchester community, developing a plan to renovate and reopen the Rex, we hired staff and negotiated with the Manchester Development Corporation for over a year. While attempts by both our team as well as a subsequent team of tech executives both fell through, Mayor Joyce Craig took office in 2017 and brokered a deal with the Palace Theatre to save the Rex. It reopened one year ago.

Last year, my wife Jody and I worked with the City of Manchester to get the necessary approvals to renovate a downtown building to provide office space for both City Year New Hampshire and housing for up to sixteen AmeriCorps national service members. These young people, who move to Manchester from out of state to serve in our city’s public schools and local nonprofit organizations, often turn down these positions due to the challenges of finding quality, affordable housing.

Over the last biennium, I served on the Legislative Administration and focused my energy on removing barriers for young and other historically-underrepresented Granite Staters to serve in our citizen legislature. I was appointed by the Speaker to the board of Volunteer NH, our state’s commission for national and community service. I authored bipartisan legislation to establish and then was elected chair of the Service Year Workforce Commission, which wrapped up its work last week. As part of our work, we worked through GOFERR to secure $1.5 million in CARES Act funds to bolster our state’s national service programs in response to the pandemic.

In closing, I want to acknowledge the audacity of even considering this campaign. When originally encouraged to run, honestly, I laughed. (Perhaps you did, too!) But the more I speak with and listen to members of our diverse caucus, the more I feel called to put forward my ideas and my lived experience for your full consideration. It’s the same feeling I had as a young man at City Year and the one that inspired me to run for my seat in the legislature: the feeling that I might be able to make my community, nation, and world a better place by serving others. I hope you’ll join me in this conversation and in this campaign for the future of our caucus.

As I mentioned in the chat on Thursday, I think Ranked Choice Voting (RCV) should be the mechanism by which we conduct this election and others like it moving forward. RCV represents a more inclusive decision-making process that has the power to give more voice and choice to the disparate views of our big tent caucus. It also encourages positive campaigning, which I think is critical during an intra-party contest like this one, and it will result in a consensus choice. For the good of our caucus and the spirit of leading with ideas, I sincerely hope that other potential candidates will choose to get into this race, as well.

I am proud of my record of bringing people together to solve problems and get things done and I ask for your vote for Democratic Leader. I’m looking forward to more discussions in the coming days. Please don’t hesitate to reach out, either by phone or email.