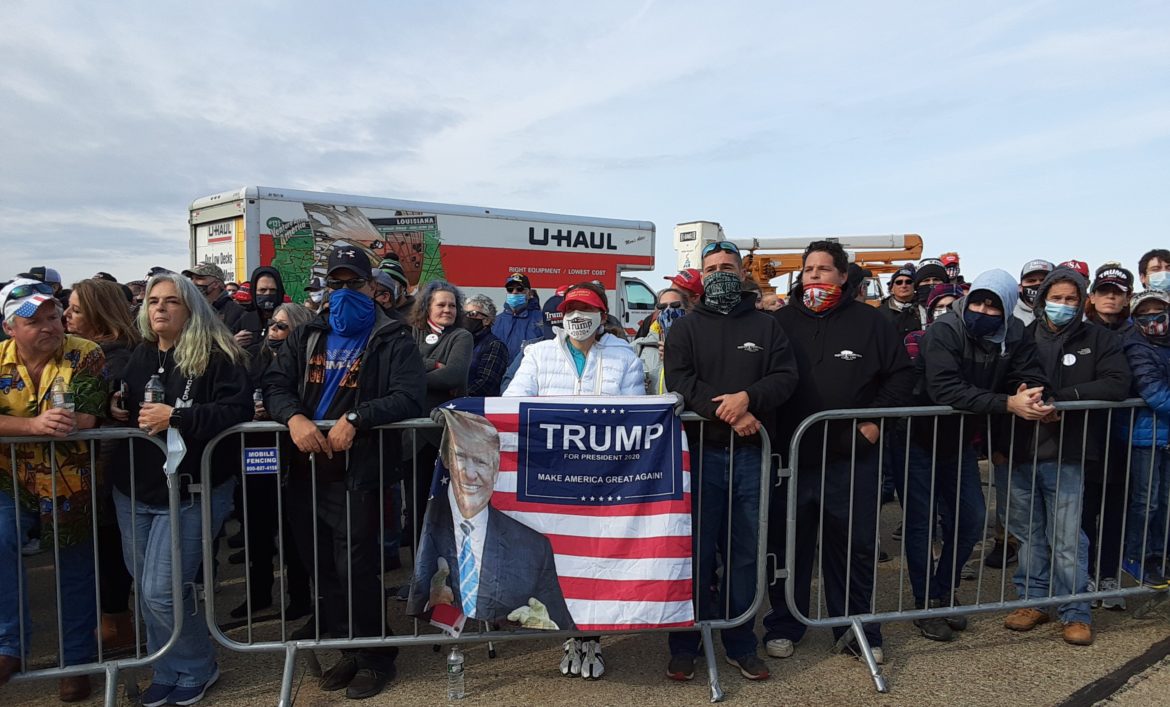 CONCORD – Associate Attorney General Anne Edwards said she reviewed photos of President Donald Trump’s rally Sunday before responding to questions about some attendees not wearing face coverings as required and determined no further action was needed.

Edwards said she spoke with the Trump campaign the day before the rally at the Manchester-Boston Regional Airport about the requirements of Gov. Chris Sununu’s Emergency Order 63. Signed Aug. 24, the order requires people in gatherings of 100 or more to wear a mask.

“Based on that review of the facts, neither the organizer nor the landowner acted in a reckless manner in complying with Emergency Order 63.  No further action will occur with respect to the rally,” Edwards said.

While Sununu says he always tries to greet a sitting president when he comes to New Hampshire, that wasn’t possible for the Trump rally Sunday, according to his spokesman Ben Vihstadt.

“No.  The Governor did not attend the rally as the President’s team let us know there would be no opportunity for greeters when he landed at the airport,” Vihstadt said Tuesday.

During his lengthy speech, Trump praised fellow Republican Sununu for the state’s response to the pandemic, saying as a result of the “excellent governor’s” actions, New Hampshire has “opened up and you’re doing business again.”