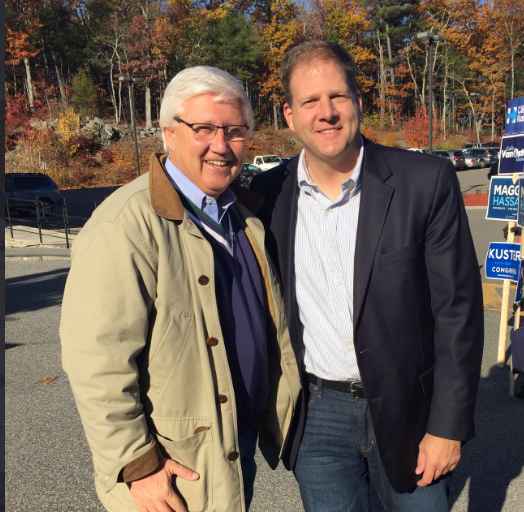 CONCORD – Saying Gov. Chris Sununu’s new fund to help out schools is inadequate to meet costs from COVID-19, a bipartisan legislative advisory board voted 4-2 Friday to ask him to earmark more funds.

A new $200 per pupil fund totaling $35 million was announced Thursday to help schools and communities face additional COVID-19 burdens along with another $10 million from the federal CARES Act for documented expenses for schools specific to the pandemic.

Last week, the bipartisan Legislative Advisory Board for the Governor’s Office For Emergency Relief and Recovery heard from Dr. Carl Ladd, representing the New Hampshire School Administrators Association. He said he thought about $70 million was more likely needed to address the school’s needs. This was before the $45 million total was announced this week.

On partisan lines, the board voted to ask the governor to earmark or set aside another $30 million to address the school issues.

Opposing the measure for lack of documentation to back up the request were Republicans state Rep. Dick Hinch, R-Merrimack, and state Sen. Chuck Morse, R-Salem, who wanted to wait until the next meeting to vote on the matter.

Democratic state Sen. Lou D’Allesandro, D-Manchester, and state Rep. Mary Jane Wallner, D-Concord, expressed concern that the CARES Act money is being drawn down quickly and that money might be allocated elsewhere.

Ladd said 65 percent of the state’s 276 K-12 districts received less than $100,000 each in CARES Act to open doors safely during COVID-19 and while he asked districts to tabulate their anticipated needs he has only heard back from about 25 percent and that totals $17 million.

If you extrapolate that to the other 75 percent, Ladd said, that comes out to close to $70 million, not including special education extra expenses.

One of the challenges the schools faced, Ladd said, was anticipation all throughout the summer that there were going to be FEMA funds available to school districts for the purchase of personal protective equipment, sanitizing materials, and the like which has not materialized.

“So many were holding on to their funds as a reserve in the case where there were additional expenses throughout the school year because they do not need to be expended until next September,” Ladd said.

“Now districts are pivoting,” he said, “using their CARES Act allocation, which for the majority of districts were pretty small…to stay open.”

He said he needed the state’s help to get a more comprehensive list of needs which include everything from technology, to water stations, dividers, and transportation costs that are becoming astronomical in order to maintain social distancing, he said. Then there are the HVAC systems that need to be repaired or replaced.

“It’s been an incredibly steep climb,” he said.

Administrators around the state are frustrated that they don’t know where to go or what to do, Ladd said, because they all have these unmet COVID-19 related expenses.

“They are either going to cut programs or going into a deficit situation which nobody wants,” he said last week.

On Friday, Morse noted that Manchester alone is asking for $11 million, and $7 million is sought by Salem schools. He said the $200 per pupil “probably won’t work” and he said he talked with the governor about that.

That would be $2.5 million for Manchester, for example rather than the $11 million they are seeking. The $9 million difference would eat up the $10 million funds quickly and that is just one large school district.

Taylor Caswell, chair of the advisory board, said the second, $10 million could be tapped for direct needs.

Caswell said the Department of Education would allocate the $35 million and the $10 million would be spent after the initial distribution and also be administered by the DOE.

Back in the spring, schools were told to document the COVID-19 costs they are incurring. That was back when they anticipated the Federal Emergency Management Agency would include schools in disaster relief.
Schools found out in summer that much of those costs would not be covered by FEMA.

D’Allesandro said while $200 per pupil was desperately needed, he was concerned that there would be shortfalls.

“People are trying hard to make sense of this but look at the time frame we are reacting in,” he said noting it is already October and funds in some cases need to be spent this calendar year.

D’Allesandro said it is clear there is demonstrated need out there and to defer it at this point in time might be allowing it to be earmarked by the governor for another use. The vote passed.

A solution to keep doors open at a rural health center that serves over 4,000 in the Upper Valley was found.

D’Allesandro said he and Morse have been working hard on the subject and they and think they have come up with a solution.

He moved and the advisory board voted unanimously to recommend the allocation of $110,000 from the CARES Act which will sustain Mascoma Community Health Center through November and December.

The center, which provides services in the rural area around Canaan, will then work with the state Department of Health and Human Services on soliciting dollars to carry them through the rest of their fiscal year and work with them to get up to $20,000 a month until they become viable. The center will continue to fundraise, they agreed.

Morse said there is a little bit of a shortfall but that Mascoma said they can work with it. They originally talked about partnering with another organization and that is probably a good avenue to look at a long-term solution, Morse said.

Wallner said preferred reimbursement rates would be available through a merger.

The advisory board meets next on Oct. 27 and there is a planned discussion on the CARES Act fund to expand broadband access across the state and what may be left in that fund which is unallocated.