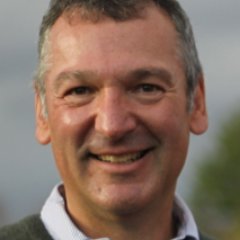 CONCORD — The state’s current system is inequitable for both students and taxpayers, according to a recent report discussed Thursday by the New Hampshire Commission to Study School Funding.

The report by the American Institutes for Research found what many proponents of changing the current system have maintained: the education students receive in New Hampshire depends on where they live and that poorer communities pay higher tax rates for less educational resources resulting in lower student outcomes.

Commission chair Rep. David Luneau, D-Hopkinton, said the findings “point out problems with the current system and are intended to help guide the Commission in designing an improved school funding model.”

The Commission discussed a draft of the final report Thursday with its authors and will continue to address its findings in the coming weeks before it issues its final report.

The report notes that student performance is strongly linked to poverty or the lack of it, with the best results in property wealthy districts and worst in property poor communities. See report here: https://carsey.unh.edu/sites/default/files/media/2020/08/20-12540_presentation_of_findings_ed_fmt080520_v2.pdf

“Some districts outperform the (state) average by two deviations,” said Luneau, “and other districts underperform by two standard deviations. That’s a huge swing.”

The group developed a formula to provide the resources needed to provide more consistent student outcomes through a state property tax, with a local minimum effort.

But several commission members said the formula needs to be adjusted because it would result in greater per pupil spending in Waterville Valley and Newington, two property wealthy communities than Claremont, which successfully sued the state three decades ago over educational disparities.

“That is a problem” said commission member and former state Sen. Iris Estabrook. “The only explanation I can find is the small school rates. We need to do more work that relates to financial needs, some measure of fiscal capacity.”

She said giving more money to small school districts creates an illusion of need that results in greater sending for the state.

Estabrook was also concerned the authors were adopting current spending on public schools — approximately $3 billion — as the definition of adequacy.

“I’m not ready to go there,” she said, but others noted researchers were assuming total spending is sufficient to achieve the desired average student outcomes, not adequacy.

The report first looks at the equity of school funding, how student performance correlates to educational resources, and then how to adjust the resources to provide a more equitable system while spending what is currently available from local, state and federal sources.

The report concludes the current system does not adequately address the disparities between districts’ tax rates nor student needs nor the economic disadvantages that currently exist.

“New Hampshire’s current system of funding is not working for large segments of New Hampshire’s students and taxpayers. Specifically, communities with higher poverty rates and lower property wealth are doubly penalized under New Hampshire’s current system,” the report concludes. “Students in these communities, on average, receive fewer resources in the form of funding than students in wealthier communities. Taxpayers in these communities do their best to provide for their children, often levying higher local education property taxes than residents of wealthier communities. Inequities also manifest themselves in outcomes.”

The wide variation in student outcomes was concerning to many of the commission members.

Member Bill Ardinger noted a graph showing the relationship between student outcomes and poverty with the highest performances from districts with the lowest number of students in poverty and the worst outcomes with the most students living in poverty was the most important aspect of the study.

“We all believe what’s most important is the system gives every child an equal opportunity to reach an achievable outcome,” Ardinger said, “and this suggests there is a breakdown in our system. If we allocate spending differently, we may get closer to the average.”

Luneau noted the graph also “debunks a lot of myths people like to perpetuate about public education costs.”

The members talked about the need to change the public’s and many lawmakers’ understanding of adequacy.

“In New Hampshire we have unfortunately been stuck a long time not so much on local spending but on state amount,” Ardinger said, noting the focus over the last 30 years has been equating state spending with adequacy.

State spending should be used to drive more state dollars to communities with lesser tax capacity so that total spending is equalized, he said.

“The strong relationships between student needs and student outcomes as well as the regressive relationship between funding and student poverty make clear the need for a redesigned funding system that provides more resources to districts with higher student needs,” according to the report.

The commission will continue discussing the draft report at its next meeting, Sept. 21.

The Carsey School of Public Policy at the University of New Hampshire has partnered with the commission to offer a public engagement program, NH Listens, as part of the commission’s creation by the legislature last year.