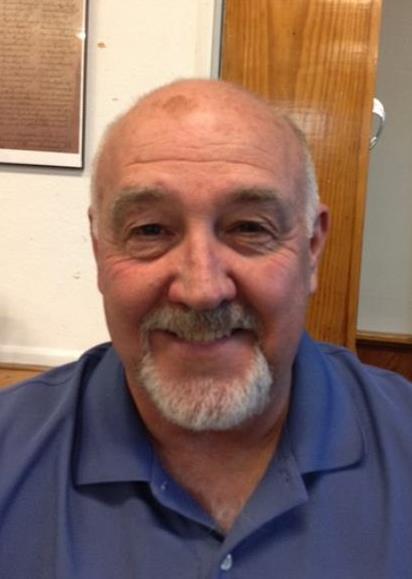 George Mertz, Supervisor of the Checklist in Piermont

By A. George Mertz, Supervisor of the Checklist

An Open Letter to:

Recent guidance from your offices concerning the upcoming elections have put the responsibility for COVID-19 protocols at polling places on individual Town Moderators, while also leaving the majority of the decisions concerning the safety of the voting public and poll workers to Moderator discretion.

However, the delegation of those responsibilities to the Moderators has not been supported with commensurate specific authority to enforce their decisions—instead, only “guidance” has been offered.

This has not only led to unnecessary confusion, but also to a mish-mash of COVID-19 protocols that have their basis more in political expediency or personal beliefs rather than a concern for the health of the public.

Moderators who have decided to allow voters to enter their polling places without masks put election officials, workers, and the voters, many of whom are already in “high-risk” groups, in the unwelcomed position of having to either accept an elevated risk of exposure to the COVID virus or forego not only their elected or voluntary duties, but their right to vote itself. A trip to the grocery store that risks exposure only for a brief time is one thing, but officials and workers who must be at the polls for 10 to 12-hours becomes an opportunity for personal tragedy.

More disturbingly, there have been increasing online threats of verbal and physical violence at the polls as advocated by individuals who are encouraging their supporters to “meet force with force” if they are asked to wear masks or use an alternative method of voting. Those individuals doing so and their proclivities are already well known to authorities at the highest levels, yet the lack of specific, pro-active guidance or establishment of a State policy to address such threats represents a de facto failure to protect the public.

Considering further that many of those advocating the use of force at the polls also encourage their supporters to come armed to public venues, and have been documented doing so, it does not take a great leap of imagination to understand what could potentially be meant by “meet force with force.”

During a significant portion of my almost 25-year military career, I was responsible for the physical security of installations and materials at the highest classification levels in the country which required detailed planning in infrastructure and contingencies, including the consideration of all foreseeable extremis situations. Waiting until a problem occurred to decide what to do or to only then seek guidance from higher authority was neither a prudent nor acceptable plan for what should be obvious reasons.

The parallel here is the guidance we election officials, poll workers, and Moderators have received from the state that we should “consult with … town counsel” or call the attorney general’s office for “guidance” in unforeseen circumstances fails every test of prudence and responsibility. A policy such as this that provides no authority and no specific guidance for those who find themselves confronted by violent and/or armed individuals is unacceptable and potentially dangerous for all. The suggestion to “de-escalate” violent protestors while attempting to contact higher authorities, undoubtedly having to wait for answers, if we can get through at all, will arguably put election workers, officials, and voters at risk of physical harm.

Faced with armed persons giving themselves the right to act as judge and jury in their “rightful” actions wherein they demand their “right” to vote without masks or refusal to accept the authority of the Moderators, election officials will almost certainly not have the time, or maybe even the wherewithal, to “consult with town counsel” or “seek guidance” from the AG’s office. They will find it especially difficult to do so if those seeking to enforce their rights further award themselves the right to act as “executioners” of their policies.

Obviously, we would all hope that should events degrade to such a level, the magnitude of the situation will have a calming effect on rational persons, but the vitriolic online rhetoric from those suggesting that force should be met with force at the polling places and the equally unsound responses from their followers should give most people grave concern about the rationality of those involved.

By assigning the responsibility to Moderators to decide whether or not to require masks and the failure to provide clear, concise guidelines as to how unruly, disruptive, and even violent persons should be handled at their polling locations, your offices are doing more than abdicating your responsibilities to protect poll workers and the voting public—by your abstinence, you are effectively condoning implicit voter suppression by those unwilling to consider or even acknowledge the rights of others.

It should be intuitive that voters concerned with exposure to the COVID-19 virus or when faced with the threat of having to run a gauntlet of armed protestors, who are essentially engaging in intimidation and electioneering, might decide it would be prudent to stay away from the polls.

The lack of an effective and unequivocal policy that protects the voting public from both the COVID virus and those who would give themselves the right to threaten or inflict violence upon others effectively thwarts the rights of at least some of the public to cast their ballots without fear of intimidation or physical harm.

I must, therefore, request in the strongest terms possible that the Governor’s Office immediately mandate masks be worn by all voters and election officials/workers at both the Primary and General elections this year, while the AG and SOS Offices must also immediately and unequivocally state a policy, with the full force of law behind it, that both the Moderators and local law enforcement have the authority and the duty to remove and/or arrest those seeking to disrupt the electoral process through intimidation, electioneering, or to cause physical and emotional harm to the voting public and poll workers.

Anything less should be construed by the public as abridging and denying the State’s citizens the right to vote and a violation of your Oaths of Office.

Supervisor of the Checklist

Subject: Response to your open letter

Mr. Mertz, I am providing this partial response to your open letter.

That Attorney General held a call with local law enforcement on September 1st to discuss possible issues at polling places.  I do not know if the Piermont Police Department was on the call.  However, the minutes of the call were available to all law enforcement afterward.

Your moderator can call the Grafton County Sheriff’s Office and the New Hampshire State Police to request that they drive through the polling place location during expected busy times on Election Day in case assistance is needed.

Additionally, our Office will have poll inspectors out all day during Election Day.  Tom Kaempfer is our inspector who will be checking on Piermont.  He will be available to troubleshoot any issues or concerns with election officials.  We have provided him with a copy of your letter so he is aware of your concerns.

All polling places have been provided with personal protective equipment.  We recommend that all election officials use the PPE, maintain 6 feet of distance from others, and clean their hands frequently.

If there is a need for an immediate contact with the Attorney General’s Office on Election Day, please call the hotline and tell the secretary that you need to speak with one of the attorneys immediately.  If you run into any difficulty with getting through, please call my cell phone at 603-419-9538.  I might not be able to answer instantaneously but I will return your call within minutes.

If you have other questions or concerns, please let me know.