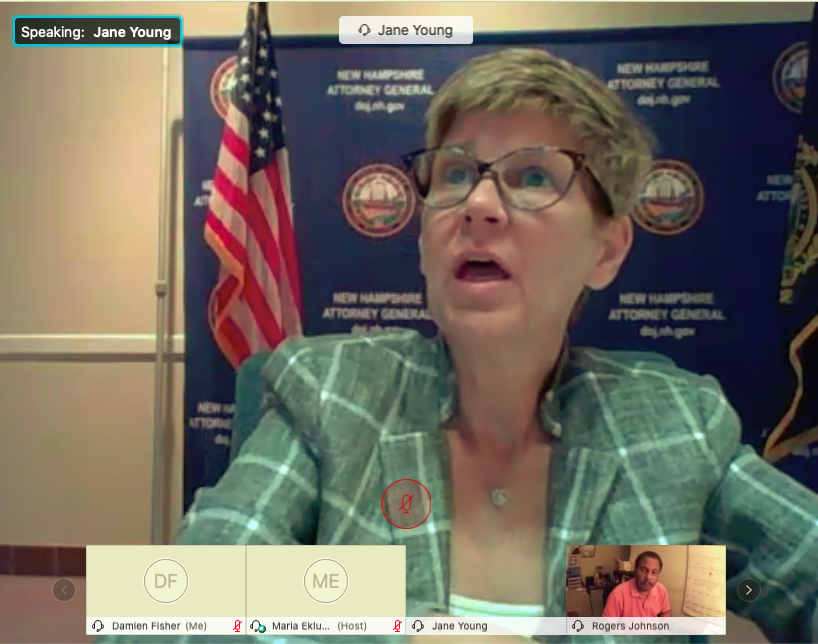 The state’s Law Enforcement Accountability, Community and Transparency Commission is done, having fulfilled its mission following close to 30 meetings held over the past three months.

“Even if it’s one step in the right direction, we will make a difference,” said Deputy Attorney General Jane Young who chaired the commission.

Gov. Chris Sununu created the commission via executive order in June after protests rocked parts of the country following the deaths of African Americans at the hands of white police officers, such as George Floyd and Breonna Taylor. Tasked with looking at how police operate in the state, the commission is recommending some major changes.

The final report includes 48 recommendations touching on training, data, interactions with members of the public, and police discipline.

Sununu said, “I cannot thank the members of the commission enough for their tireless work.

“They tackled this mission head-on and their work will help usher in needed reforms. I look forward to reviewing the final LEACT report when it reaches my desk. As I have always said, price will not be a barrier to enacting these reforms.”

The last set of recommendations prepared on police discipline says that all police discipline cases should go to an as yet uncreated panel that will investigate allegations against police officers and give the officer due process through a hearing before a 23-member board. This new process would not stop either the Police Standard and Training Council from investigating and suspending or revoking certifications for officers, nor would it stop the Attorney General’s Public Integrity Unit from investigating allegations of criminal wrongdoing, Young has said.

All sustained allegations against police officers brought before this new entity would be part of the public record.

The commission also wants to do away with the Laurie List, or Exculpatory Evidence Schedule, and make all of those records public, the caveat being that officers on the list would be given the opportunity for a hearing in a superior court to try and remove their names from the list before it is made public. The records of deceased officers would be released once it was determined those officers were afforded some form of due process.

Sununu has reacted positively to the reports from the commission, though many of the changes will require legislation, and funding. Adding a requirement for implicit bias training for all police officers in the state, for example, will cost millions of dollars. The commission is also recommending more detailed data reporting that will likely require police departments to upgrade software.