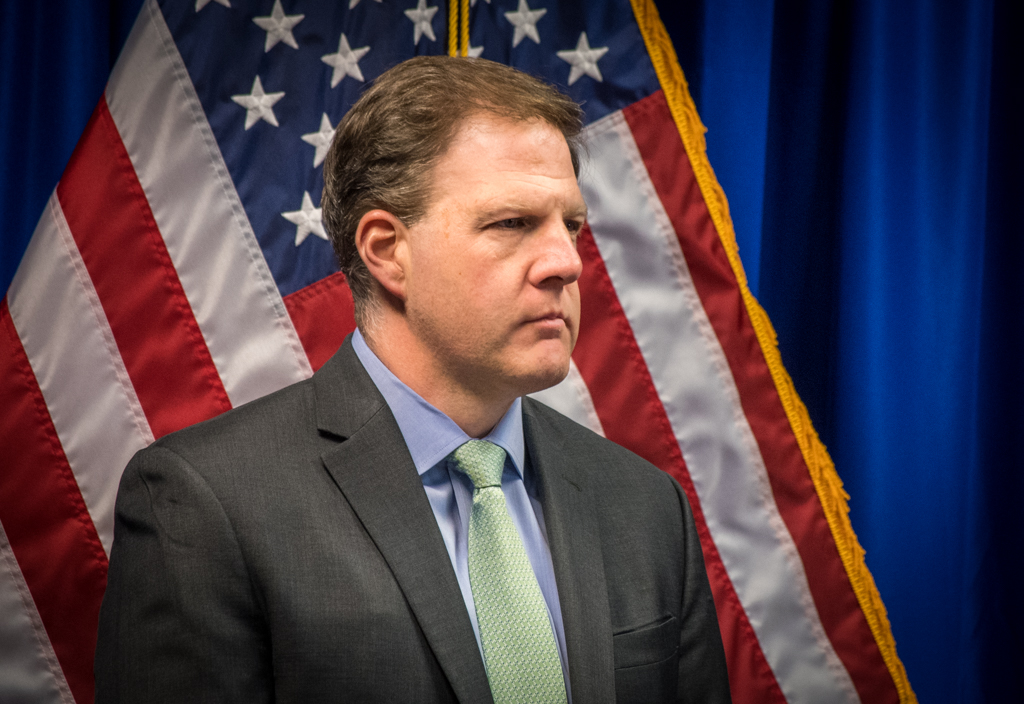 CONCORD — On Friday afternoon, Gov. Chris Sununu vetoed a bill to establish an independent redistricting commission to redraw the state’s political boundaries and a bill automatically registering a resident to vote when he or she applies for a driver’s license or photo ID.

House Bill 1665 to establish an independent redistricting commission is similar to a bill he vetoed last year but clarifies the legislature would have final say on the blueprint.

The bill’s intent is to end gerrymandering that favors one party over another. For decades, Republican majorities have redrawn political districts in New Hampshire to their advantage.

In his veto message, Sununu continued to raise the issue of the legislature having the constitutional authority to redraw the state’s political boundaries for Congressional, Executive Council, Senate and House districts.

“The New Hampshire Constitution directs the legislature – the most representative body in the country – to determine Congressional, Legislative and Executive Council districts,” Sununu said in his veto message. “We know our local representatives and senators personally, and we can hold them accountable for their decisions.”

Sununu claimed the state redistricting process is fair, accountable to voters, and that gerrymandering is rare.

“It will be the responsibility of the legislature we elect in November to take up the redistricting process in a way that our citizens deserve and expect,” Sununu said. “That legislature should have the right to determine its own process and should not be bound to the prescribed process laid out in this bill.”

But supporters of an independent commission say the bill was changed to address the governor’s concern that the legislature has sole authority to redraw the state’s political boundaries, noting the commission is advisory and the final decision would be up to the legislature.

The bill’s prime sponsor, Rep. Majorie Smith, D-Durham, said his veto ignores the will of the people of New Hampshire and that is extremely disappointing.

“Gov. Sununu’s veto of independent redistricting – yet again – is a blow to individual rights and transparency in government,” Smith said. “The people of New Hampshire expect fairness in elections and strongly support this effort to end gerrymandering.”

She said the bill has bipartisan support and addressed Sununu’s concerns expressed last year when he vetoed a similar bill.

“The constitution is clear, this is a legislative responsibility,” Hinch said, noting “a non-binding commission will only cause confusion as to whose responsibility it really is.”

Anyone is able to share their opinion with lawmakers working on the redistricting plans, he said, or present their own plans.

But supporters say the current system allows lawmakers to pick their voters rather than voters pick their lawmakers.

“When we allow those with the most vested interest to determine our districts, we become gerrymandered, and in turn silence the voices and will of Granite State voters,” said Sen. Shannon Chandley, D-Amherst. “Over 80 percent of New Hampshire voters believe that gerrymandering creates unfair districts and agree that a neutral commission could correct unfair district lines.”

The commission would have held public hearings in all 10 counties.

The Legislature would have approved the final plan. If the plan were voted down, the commission would have reviewed the reasons and revised the plan for another vote.

A state’s political boundaries have to be redrawn every 10 years to align with census figures.

Senate Bill 7 would have the state implement the Secure Modern Accurate Registration Technology or SMART Act to modernize the state’s voting system through the use of automatic voter registration with the Division of Motor Vehicles.

When a person applies for a driver’s license or photo ID, or changes that information, they would be automatically registered to vote if they also supply proof they are a United States citizen, over 18 years old and a New Hampshire resident, under the bill.

The information would be sent electronically to the Secretary of State and placed in a voter database and the person’s community would be notified.

Supporters say the process would be more secure, bring the state into the 21st Century, increase accessibility to the polls and do away with long lines for same-day registration on election day.

In his veto message, Sununu said the state’s voter registration process is very accessible and change is not needed.

“Voters have the option of in-person registration with town clerks, same-day registration on Election Day and the ability to register by absentee for those with disabilities or who will be temporarily absent on election day,” Sununu wrote. “Moreover, for the 2020 election cycle, individuals are able to register to vote by absentee if they are concerned about COVID-19.”
He said the ease of registering and voting is reflected in the high percentage of state residents who routinely go to the polls, while the bill is a national one-size-fits-all approach.

“This bill would take a system that already works well and add a convoluted, inefficient, and expensive process on top of it,” Sununu wrote. “New Hampshire has a robust tradition of civic engagement and this bill will not add to it.”

But the bill’s prime sponsor, Sen. Melanie Levesque, D-Brookline, said the change would make the state’s voting system much more accurate and efficient.

“The SMART Act could have lowered costs for our municipalities, reduced the amount of time spent in line on election day, and created a more streamlined and accessible registration process,” Levesque said, noting the change would have been an important step forward in modernizing New Hampshire’s elections and creating a system that is more accurate, secure, and accessible.

Hinch backed the governor’s veto saying the state in the past has rejected the same kind of registration system and the bill would create more bureaucracy in registering.

“The costs of implementing this bill could be roughly $7 million between now and 2023 and would only mean even longer wait times at the DMV to do something that is already being done at town and city clerks offices around the state,” Hinch said. “This bill is trying to solve a problem that, quite frankly, does not exist. Not a smart move.”

But House Election Law Committee chair Rep. David E. Cote, D-Nashua, said the veto blocks the state from modernizing and securing the state’s election process when it faces challenging elections during this pandemic.

“Under the shadow of the ongoing COVID-19 pandemic, we should be doing all we can to reduce the risk inherent in the amount of time people are required to spend in public spaces to exercise their constitutional right to vote,” Cote said.

Sununu has vetoed 18 bills this year to date and several more are expected before the final bills make their way to his desk.

The most gubernatorial vetoes before Sununu was 15 by Gov. John Lynch during the contentious 2012 session when Republicans held a veto-proof 75 percent of the seats in the House and the Senate.