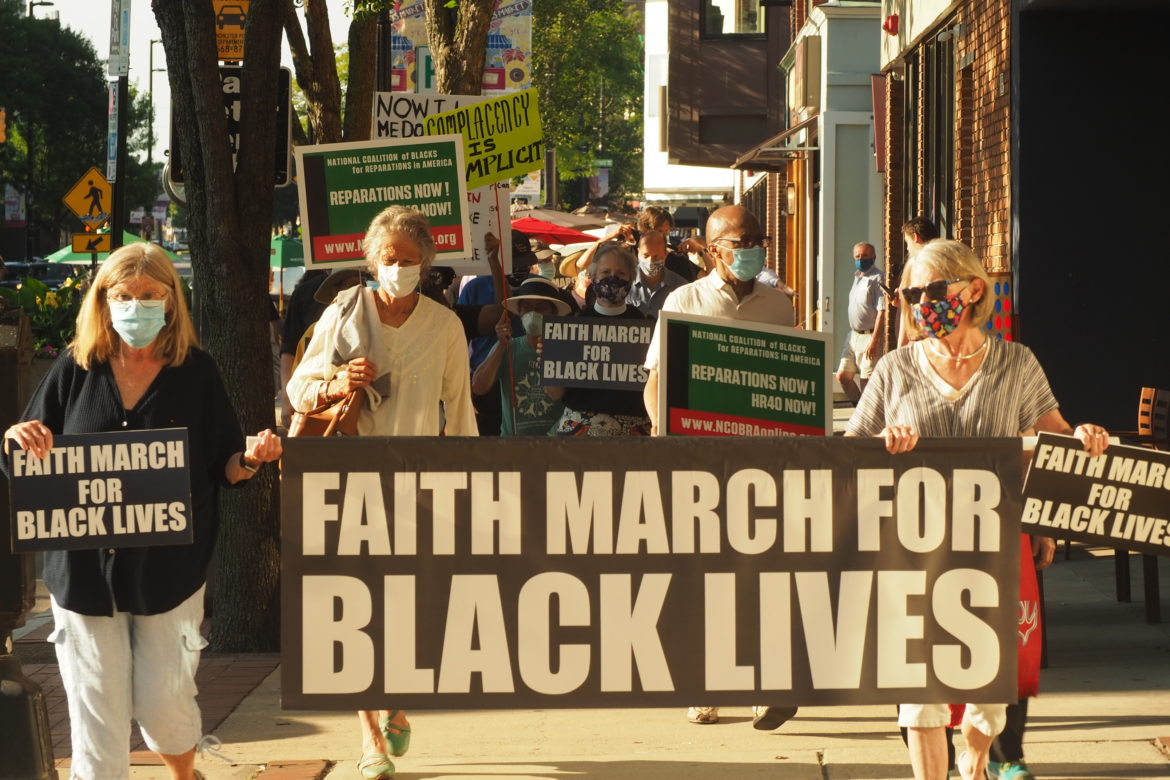 About 100 people marched in Manchester Saturday to end racism.

MANCHESTER – Led by local clergy and joined by civil rights activists, the Faith March for Black Lives drew a crowd approaching 100 people for a march through downtown Manchester and a series of short rallies in Manchester Saturday evening, all aimed at supporting the growing movement to end racism.

Organized by the Greater Manchester Clergy Association with the Granite State Organizing Project, the Martin Luther King Coalition, and the local branch of the NAACP, the group gathered at Manchester District Court and marched to City Hall Plaza, the park by the corner of Bridge and Elm, and Pulaski Park before returning to the District Court for final words, an 8 minute 46 second moment of silence in honor of George Floyd, and final prayers and songs.

Prior to the event, organizers said, “As leaders of communities of faith and hope, we believe that it is imperative to bring a religious perspective to the national debate on race and justice. We mourn with African Americans, and we join with them in demanding change. We are inheritors of prophetic traditions that teach us not only “to let justice well up like water and righteousness as an unfailing stream” [Amos 5:24], but that we are ALL our Brothers’ and Sisters’ Keepers, and we cannot stand idle while our neighbors bleed. We believe that each and every human being is created in the Divine Image, and all are deserving of respect. We cannot allow different treatment under law to continue for people of color. We share a moral call to pray and to act to bring about a world where each and every person can sit under his or her vine and fig-tree, in security, in comfort and in peace. ”