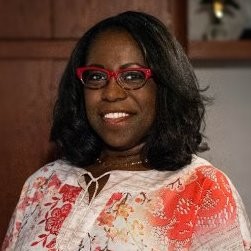 A whistleblower retired Nashua cop is demanding an apology after he was accused of using racist language while giving testimony before the Commission on Law Enforcement Accountability, Community and Transparency.

Pivero spoke to the members of the commission on several subjects this week, but his comments on the lack of African American officers on the Nashua police force earned the ire of Ahni Malachi, the executive director of New Hampshire’s Human Rights Commission.

Pivero told the members of the Law Enforcement Accountability, Community and Transparency commission that out of 200 police officers in Nashua, none are black.

Pivero said that he only used the word “black” to refer to African Americans, and that he would not use the word “dark.”

“I don’t know how they did it or what they heard, but it definitely wasn’t the word dark,” Pivero said.

The video of the Tuesday, July 14 meeting can be found on the Commission’s website: https://www.governor.nh.gov/accountability

After going back and listening to the recording of the meeting, Pivero has sent a letter to the commission asking for an apology, but Malachi said none is warranted. She said Friday she went back and listened to the testimony and she is sure Pivero said “dark population.” Malachi wanted to make sure she did not mishear Pivero during his testimony.

“If I was wrong I was going to make a statement,” Malachi said.

Malachi wanted Pivero’s testimony stricken from the meeting, saying that his use of the word “dark” shows the type bias to which African Americans are constantly subjected. She concedes Pivero may not have meant to use a racist term while testifying about the lack of African American police officers in his old department, and Pivero may not have realized that he used it in the moment, but that shows the contact bias that exists.

“This is kind of what we’re dealing with,” Malachi said. “That is the point.”

The full video of the meeting is available on the commission’s website, and after several listens it seems that Pivero said “black populations” and not “dark populations.” Attorney General Gordon MacDonald defended Malachi and Lascaze during the meeting, but his office did not respond to a request for comment on Friday.

The official transcript of the meeting, also posted to the website, leaves the exact wording unclear. The transcript quotes Pivero as follows: “Currently the Nashua Police Department has over 200 Sworn Officers. And at this time, to the best of my knowledge, there’s currently no black Police Officers serving on that force. It seems that the (inaudible) population in Nashua is fairly large. And it just seems unreasonable, I guess, that there’s no black Police Officers on that Department.”

The racial makeup of the Nashua Police Department is lost in the controversy over the word dark or black. Malachi said she isn’t sure if Pivero’s point about the Nashua department is even true.

While the Nashua department has made strides recruiting Latino officers, women officers, and is soon adding an Asian officer, the diverse city lags behind when it comes to recruiting African Americans, Carignan said. The department does make the effort to reach out to the black community, but law enforcement is not currently looked at as an ideal career for many people these days, he said.

Pivero is a long-time critic of his old department, and of the state of law enforcement in New Hampshire.

“The AG doesn’t like me because I’ve called them out for years,” Pivero said.

Pivero first ran afoul with his department in 1994 when he arrested Alan Rudman, the son of former United States Senator Warren Rudman, on a driving under the influence charge.

His bosses in the department changed that to speeding, and Pivero then went to the media, causing a firestorm. In the years since he has filed complaints against his superiors, and in retirement continues to go to Nashua Police Commission meetings.