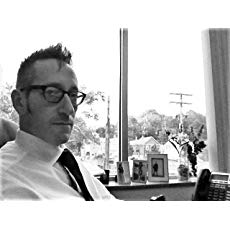 I miss the Republican Party. It’s still out there, of course. But it no longer has anything to say. Not about our planet’s environmental crisis. It claims it does not exist. Not about our country’s health crisis. It ignores it. Not about the crisis of democracy in foreign affairs.

It has turned its back on the world. Not about our country’s income disparity crisis. It does worse than pretending that this does not exist; it glorifies this thing.

Saddest of all, it no longer has anything to say about losing its own elections. It is not only content to win on technicalities, relying on the electoral college votes of giant empty western boxes to do what real politics cannot; it is doing everything it can to cement that ugly advantage. It is afraid of the popular vote.

It pushes gerrymandering in a shameless way, with full and open contempt for that most basic principle of democracy: one man, one vote.

Leaving Lincoln out of it, because Lincoln has enough on his hands: it is hard imagine Theodore Roosevelt acting like that (Roosevelt, who instituted the graduated income tax, fought the big trusts, and established the national park system); it is hard to imagine Dwight Eisenhower acting like that (Eisenhower, who championed America’s role abroad, built the interstate highway system, and took the first steps towards racial integration in our schools); it is hard to imagine Richard Nixon acting like that (Nixon, who recognized the People’s Republic of China, established the EPA, and won his most infamous election in such a giant landslide that his cheating on the side plausibly seemed, to many of his supporters, to have been completely irrelevant).

Those men and their administrations would have formulated reasonable and action-worthy right-of-center responses to these crises. They would have given people of all political stripes something to talk about.

Those days are gone. The Republican Party’s rightward drift has finally rendered it incapable of adding anything useful to popular debate. Interestingly, the classic Republican side of any given argument still exists.

But it is now advanced by Democrats. Presidents Clinton and Obama were as friendly to Wall Street as any pair of Republicans would have been. Candidate Clinton (what’s-her-name) was a Republican in all but image. All serious policy debates now exist within the confines of the Democratic Party, between so-called moderates and so-called progressives.

And just as the Republican Party became captive to its wild-eyed base, the Democrats are now in danger of doing the same thing.  Many are now abandoning the classic tenets of liberalism– tolerance, generosity of spirit, an unwillingness to find in any one mind-set the answer to all of life’s difficulties —  in favor of a standardized set of self-righteous and pseudo-religious prescriptions that would do the most right-wing Republican proud.

Identity politics has turned so bizarre that the elected chief prosecutor of Boston, Massachusetts, recently chastised the public defender corps of that city for being too white. What is a liberal to do?

As Teddy White’s cabdriver knew, no party gets it right all the time. Which is why I miss the Republican Party.

It is also why I understood when Donald Trump won office.

People knew Hilary Clinton, and they were heartily sick of her. She ran a terrible campaign that smacked of a coronation. It reminded me of the senate election in Massachusetts that followed Ted Kennedy’s death, when a bloodless prosecutor named Martha Coakley couldn’t be bothered to shake hands outside of Fenway Park, and an affable businessman named Scott Brown won in her place. People bellyached about how a woman couldn’t win, but Elizabeth Warren did so anyway, just a few years later. It wasn’t Coakley’s gender, it was her miserable personality; and Clinton made Coakley seem downright loveable.

People didn’t know Trump. They gave him the benefit of the doubt. They figured he was a Republican, so he would do basic Republican things. They were wrong. He has not come to embody anything that made the old Republican party worthwhile; he hasn’t even channeled the modern Republican party, for the little that was worth to begin with.

He has instead given rise to a presidency of shreds and patches, of sherbet and shinola, of hatred and anger and the aggressive stupidity that accompanies those monstrous emotions.