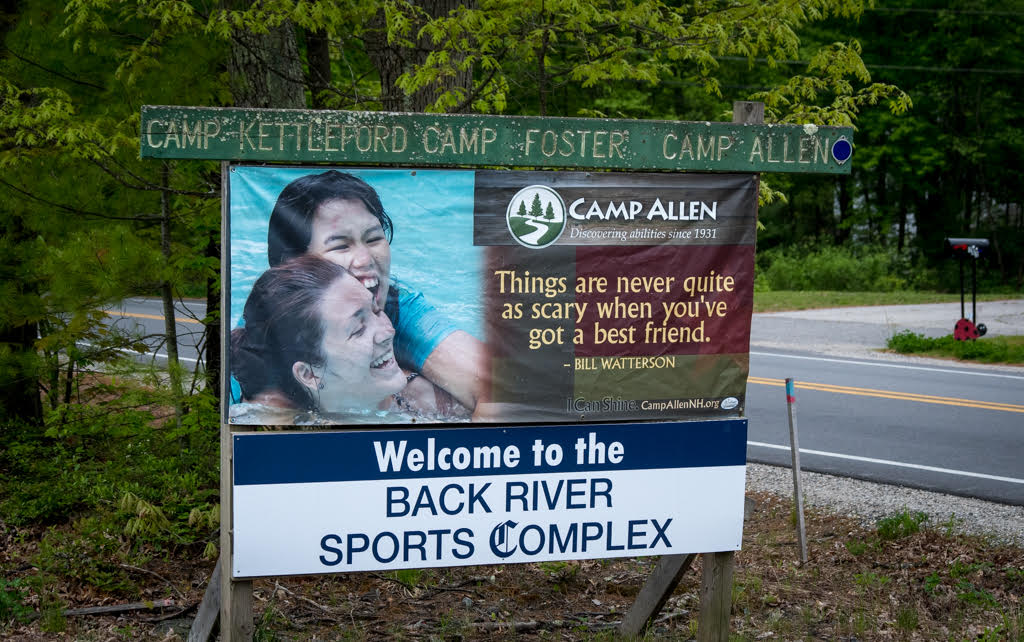 CONCORD – Churches, hotels, day camps, and driver’s ed can resume service with some restrictions while overnight camps were given a date to open at the end of June, Gov. Chris Sununu announced on Friday.

Details on each of Sununu’s reopenings can be found here https://www.covidguidance.nh.gov/

However, on a day when 107 new COVID-19 cases and six new deaths were reported in the Granite State, with three new outbreaks including on hospital wards at Catholic Medical Center and Elliot Hospital in Manchester, Sununu also extended the Stay-at-Home emergency order for the third time.

It will end on June 15. This limits gatherings to no more than 10 individuals, among other provisions.
But, he noted, it won’t be “back to normal,” after June 15, either, though the state will take slow, deliberate steps to manage the risk for a spike in cases while trying to allow businesses and people to return to work.

The pandemic has claimed the lives of 238 residents, more than three-quarters of them nursing home residents. The state has seen a total of 4,492 cases diagnosed with a majority of those being of working-age, said Health and Human Services Commissioner Lori Shibinette.

So far, over 70,000 of the state’s 1.3 million residents have been tested with new drive-through testing announced Friday at five CVS pharmacies including two in Concord, on Loudon Road and Hall Street; in Hampton on Lafayette Road; in Hooksett on Whitehall Road and in Nashua on the Daniel Webster Highway.

In addition to the outbreaks at the two hospitals in Manchester, an outbreak was also reported at Mount Carmel Nursing and Rehab Center in Manchester with 31 residents and one staff testing positive for the highly contagious respiratory virus.

Outbreaks, defined as more than three cases are now over at some facilities, including Clipper Harbor Genesis in Portsmouth, Hanover Hill in Manchester, and Pleasant Valley in Derry, Shibinette said.

Anyone, regardless of symptoms, can now get a test for the virus as the demand for testing has just dropped, Shibinette said.

Shibinette said the many sites in the state are now at 70 percent capacity and in most cases, a call for an appointment can mean a drive-through visit the next day. She said about 50 percent of the new 107 COVID cases Friday are due to testing at nursing homes and their staff.

She said now 95 percent of all nursing home residents in the state have had their tests collected at the state lab in Concord, and results are still pending. This will act as a baseline for better understanding the virus and its devastating impact on that population

Sununu said he plans next week to address opening for outdoor vacation attractions like the Squam Lakes Natural Science Center in Holderness, Lost River Gorge in North Woodstock, and the Polar Caves in Rumney, as examples. And he said ATVs or OHRVs and their respective parks are already allowed to be open under a May 18 order related to small group attractions.

With a 15 1/2-year-old in the house, Sununu said no family is more pleased with his plan to allow for the resumption of behind-the-wheel driving instruction immediately, with some health restrictions, which include wearing a face mask for both driver and instructor. The state Department of Motor Vehicles has been closed to testing for new drivers but will resume that on a limited basis, also with health protections, though he noted not all testing sites are likely to be ready immediately.

Working with new guidance from the Centers for Disease Control and a coordinated effort among various faiths, houses of worship can begin to see congregations return immediately but with provisions that restrict capacity at 40 percent.
Sununu gave state Sen. Bob Guida, R-Warren, a member of his advisory task force “a lot of credit” for being able to bring these people back together again, noting that places of faith and worship are at the core of our communities.

“We appreciate there is an opportunity now with our numbers dropping,” Sununu said, noting that if there is another spike in the COVID-19 outbreak “we have more tools in the toolbox,” than we did in March to safely manage the crisis.

Hotels
The state closed all hotel rooms and short-term rentals for leisure use on Monday, April 6 with some exceptions for first responders and for safe housing. Sununu has said reopening them might be problematic given that hot spots for the virus are nearby in Massachusetts, New York, and New Jersey.

The plan for the first phase of reopening will be to allow in-state residents to make reservations only and those from out of state must provide a document swearing to having been quarantined in their home state the past 14 days. The occupancy can begin on June 5.

This includes Airbnb and other short-term rentals. The provisions are similar to that in neighboring Maine and Vermont.
If people are coming in from out of state “they will have to self-attest to that fact,” that they have quarantined for two weeks prior to arriving.

Lodging with fewer than 20 rooms can open to full capacity and those with more than 20 will be limited to 50 percent occupancy, Sununu said. He said motels or places with private outdoor entrances to each room can be at full capacity.

“We appreciate everyone’s patience,” he stressed and noted he would “watch over the next few weeks” to see if the state can maintain a positive step forward.

Sununu stressed that day camps “are really essential in New Hampshire,” and for some children, they provide the only meal they can count on in a given day.
“We worked very hard and our hats are off to the Department of Public Health,” for finding a way forward to allow for summer day camp.

The camps, if they choose, can open June 22, giving them time to staff and equip for the summer. The vast majority of kids who attend such camps are usually from that community, he said.

Also crucial for child wellbeing, Sununu said, are overnight camps, but they are often populated from children from out of state.

“We are making a half announcement,” Sununu said, in announcing a plan to allow them if they want to reopen June 28. The guidance document, however, is still in the works and he expected more guidance will be available next week.

Particularly now, and particularly for inner-city youths, sleep-over camp can offer so much in terms of stress relief.
Camp is “an amazing opportunity especially in these times…to get away,” Sununu said. “We are going to make a strong effort to get them open,” he said.

Logistics in getting kids to the camps and home is a real issue and having them quarantine.
“We are trying to craft something that makes sense for us,” he said.

Friday is the last day to apply for $400 million in the governor’s “Main Street” grant program for businesses that make $20 million a year or less. About 10,000 businesses have applied so far and Sununu said if more money is needed through more of the CARES Act federal funds, it may be appropriated to meet the needs of businesses that have suffered losses due to COVID-19.

“It’s sunk dreams,” Sununu said of the virus’ impact on some small business owners.
He said next week, efforts will begin to get the checks out with an auditing provision.