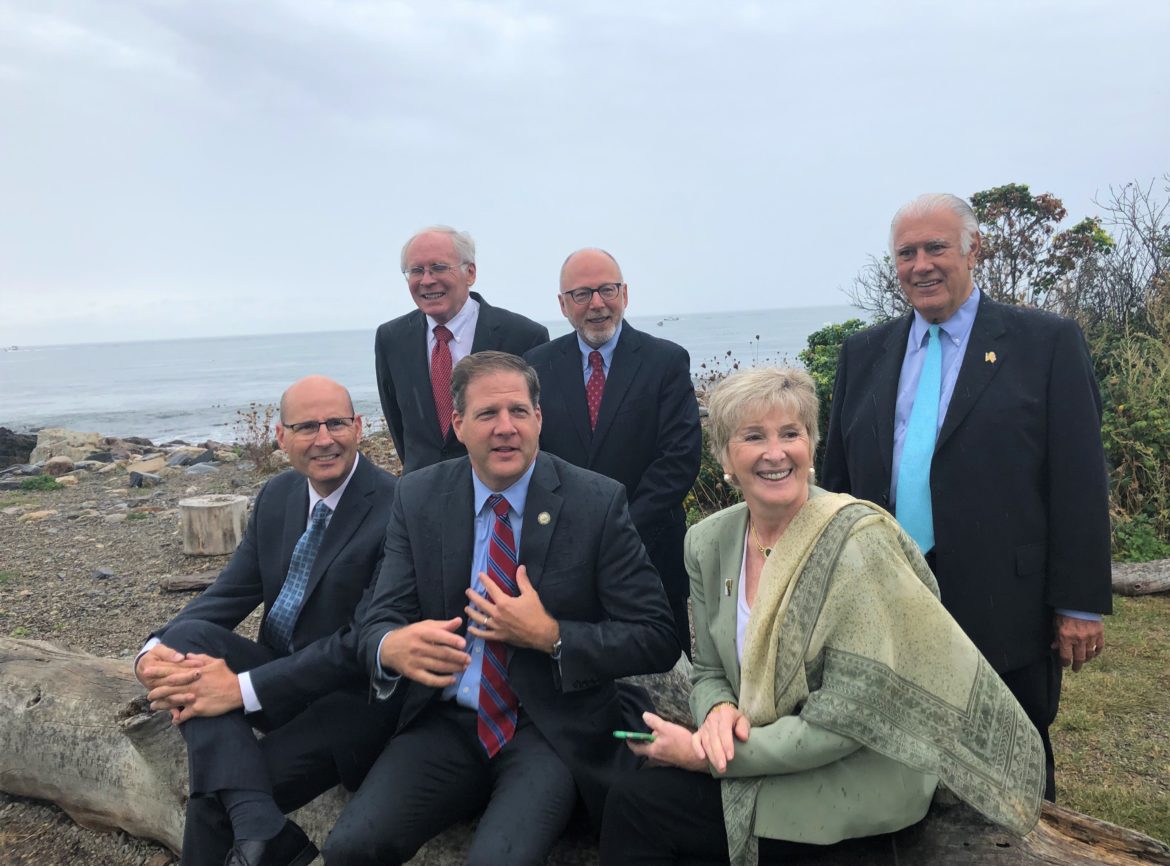 CONCORD – It was a marathon Executive Council meeting Wednesday on topics ranging from the state’s vaccination registry, child abuse protection and questions about no-bid contracts to some of Gov. Chris Sununu’s political donors.

New Hampshire is the only state in the nation without a vaccine registry, but on Wednesday, despite objections from privacy rights advocates and delays, the Executive Council voted unanimously to hire professional services to support the stand-up of such a registry.

Next month, the council will be asked to consider the actual registry in addition to the $550,000 professional services contract it passed on Wednesday. Over the years, the state Department of Health and Human Services has tried to create such a registry but it either did not have the money for the software or the right timing, officials said.

Dr. Beth Daly, chief of the state Bureau of Infectious Control, said in 1998 rules were created in the legislature and back again in 2017 to allow for a registry. There is no historical data dump of past information coming into the registry, Daly added.

Councilor Russell Prescott, R-Kingston, said given that the rules to allow it have been promulgated through the legislature he would vote for it. But he wanted to stress the need for privacy protections within the registry. Prescott went into great detail about emails and concerns he has heard from constituents worried about privacy.

Councilor Debora Pignatelli, D-Nashua, thanked Prescott for his study of the subject and noted for the public listening on the call, “I hope to get back to you and alleviate some of your concerns. I think there is a lot of misinformation out there.”

Sununu says he doesn’t need the council’s approval on contracts related to spending the $1.25 billion in CARES Act funds during the state of emergency, or approval from the Joint Legislative Budget Committee.

The no-bid contract to ConvenientMD for $1.4 million is to provide telemedicine services and testing for long-term health care workers, and the contract for $450,000 is for office space at Duprey’s Courtyard by Marriott Hotel and Grappone Convention Center in Concord for the Division of Public Health’s COVID-19 operations center.

Volinsky asked why the money for testing was not funneled to nonprofit hospitals that were hurting and furloughing workers instead of to a for-profit company. Health and Human Services Commissioner Lori Shibinette said the ConvenientMD workers were going to be furloughed prior to this contract.

Both she and Sununu have praised ConvenientMD in recent weeks for stepping up to the plate.

Volinsky also questioned why the state didn’t seek out empty schools for office space instead of The Grappone Conference Center in Concord and Shibinette said the need for the space will last beyond September.

“My position is that it is unacceptable for public money to be funneled to private businesses when nonprofits and public institutions could have been helped,” Volinsky said after the meeting.

After receiving hundreds of pages of detail from the governor Tuesday on how the money would be distributed under the CARES Act, millions for “Main Street” grants and other COVID-19 relief will flow into the state’s checkbook for June.

The Executive Council reconsidered the May 6 state warrant and added to it on the advice of the governor totaling $1.4 billion.

Two weeks ago, members of the council clashed with Sununu over control of $1.25 billion in COVID-19 relief spending, voting 4-1 to hold off for a better explanation while accusing Sununu of usurping both the Executive Council’s role and that of the Joint Legislative Fiscal Committee to approve spending.

This week, the working capital warrant for the state increased from about $950 million two weeks ago to $1.4 billion, including CARES Act spending that Sununu has announced he will authorize, including $400 million for “Main Street” or small business grants.

Sununu used an advisory board he created called the Governor’s Office for Emergency Relief and Recovery to help determine areas of the economy most in need of relief from the virus after the state received $1.25 billion through the CARES Act. Democratic leaders in the legislature took Sununu to court to challenge the constitutionality of his actions, but a Superior Court judge ruled they did not have standing. The lawmakers have asked the judge to reconsider.

At the meeting, Executive Councilor Michael Cryans, D-Hanover, said he is concerned about small Main Street businesses that have been closed due to the novel coronavirus. He asked questions about the new Main Street funding and levels of support to people who need it.

Sununu has allowed a two-week collection of data before he pays out $400 million on the Main Street program, hopefully by as early as June 15. This is not a first-come, first-served program like the federal PPP loan/grant program. May 29 is the application deadline.

Cryans said he hoped for a geographic balance. “As long as you qualify no one is going to get kicked out of the program,” Sununu said.

Pignatelli said it was unfortunate the council only had a day to go over hundreds of pages to support the governor’s logic on disbursing the CARES Act grants.

She said she was hopeful that the $400 million for Main Street will go to small businesses, not major corporations. Sununu said the majority of the information was available for quite some time in the public domain and all he did was collect it for councilors prior to the vote.

He said as long as they meet the financial requirements, all small businesses are qualified and the priority would be “keeping the lights on” at businesses and help for unemployment benefits are also available to businesses.

“I’d like to see us do some auditing after the money goes out,” Pignatelli said. Sununu agreed and noted it is a federal requirement.

Pignatelli said she would also like information on those who did not get the funding.

Volinsky said the pre-qualification survey is mandatory and it asks Main Street companies “which have gone through the wringer” for more information that the state Department of Revenue likely already has.

Sununu said the application will ask for information on total revenue, the federal money that they have received for relief, and anticipated losses, all of which the Department of Revenue Administration would not have.
“Our goal is to make this a very streamlined process, very simple,” Sununu said.

Volinsky asked if the contingency money – about 20 percent of the total – which had been in the request two weeks ago is now padded in the 15 line items.

Sununu said it was clear from the last vote that councilors did not want to see a contingency and it has been eliminated with this updated request.
The vote to pass the warrant was unanimous.

Councilor Ted Gatsas, R-Manchester, wanted to know what could be done to help children who are trapped at home with their abusers without seeing teachers or doctors who might ferret out potential abuse.

Sununu talked about the money being spent on prevention, but Gatsas noted the decrease in calls about child abuse. Gatsas said even if it would mean going door to door to make sure children aren’t being harmed it would be worth it to save them from abuse.

Employment Security Commissioner George Copadis said there have been 182,000 claims but the new weekly requests are going down and have for five weeks. He said over 90 percent have been paid out and much of the rest involves issues related to interstate wages.

Volinsky and Pignatelli expressed dismay that Sununu did not re-nominate Cheryl Kahn to the community college system board of trustees.
Volinsky said he hoped it was not political as Kahn is the wife of state Sen. Jay Kahn, D-Keene. Sununu said he didn’t know Kahn was married to a state senator.

The council tabled for two weeks a request by Nicole Kasinskas, the 32-year-old woman, who asked for commutation on the conviction of attempted second-degree murder and conspiracy to commit first-degree murder. She was 16 years old at the time of the crime and was tried as an adult in connection with the murder of her mother. She claimed she was the victim of domestic violence from her then-boyfriend who carried out the murder.

“I would grant her a hearing, not a commutation, so we could at least hear her out,” said Volinsky.

Pignatelli said she might consider such a request in the future, but not at this time saying it was a horrendous crime in Nashua.

Cryans asked to table it for two weeks.
“I don’t think I have spent enough time to really thoroughly make up my mind one way or another,” Cryans said.