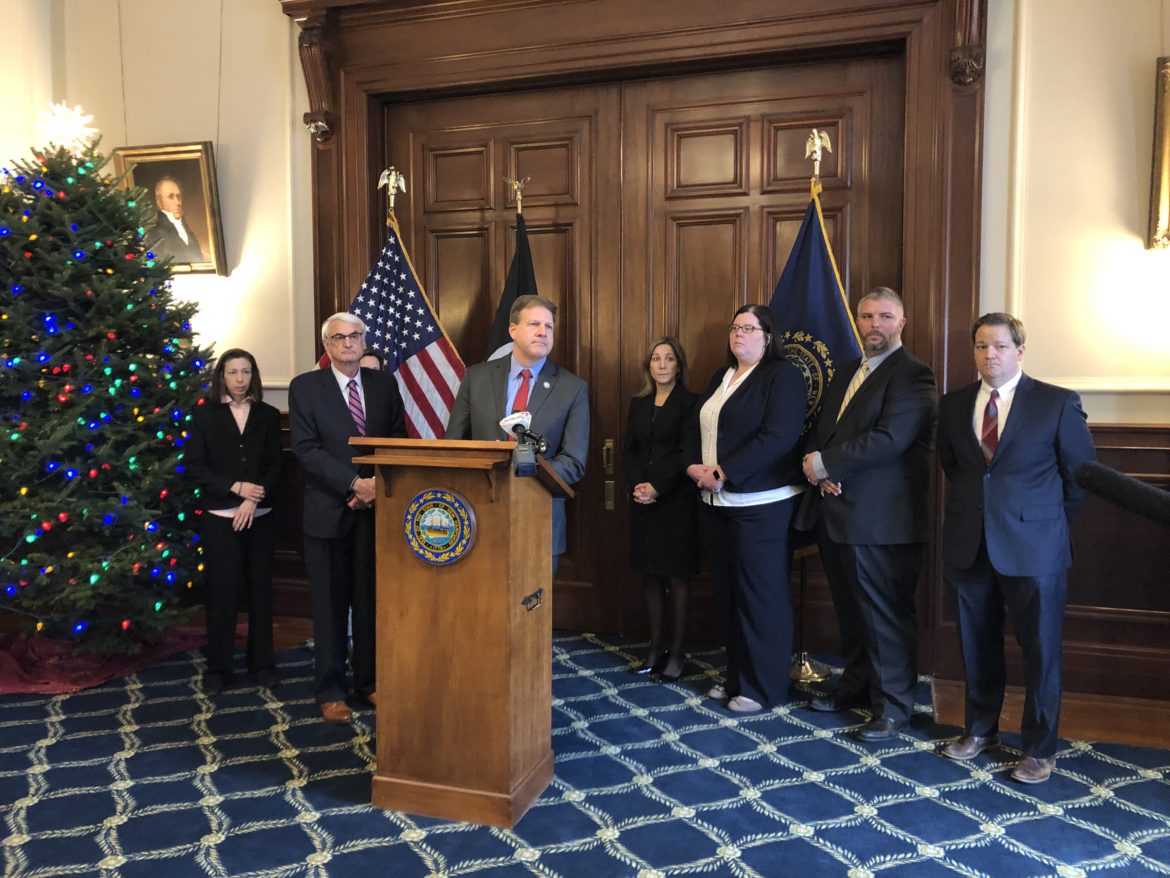 CONCORD — An angry Gov. Chris Sununu announced the termination of a contract with Granite Pathways to provide inpatient services for youths in need of substance abuse treatment after two drug overdoses, one Sunday and another Monday in Manchester.

One of the youths remains in stable condition in a Boston hospital, according to Health and Human Services director Jeffrey Meyers. The second youth who overdosed and three others who were taken to hospitals Monday night who appeared to be under the influence, have been discharged from the Granite Pathways Youth Treatment Center. Five patients remain there.

Sununu also said Granite Pathways’ contracts to operate the Doorway hub-and-spoke programs in Manchester and Nashua are under review as well. Meyers and Sununu spoke at a news conference on Wednesday at the State House.

“Tragically, there has been a serious breach of trust with this organization that must be addressed swiftly,” Sununu said.

The state is taking over the care of the youths at the center and will no longer accept new admissions to the program. The treatment center is on the campus of the Sununu Youth Services Center, a locked facility formerly known as YDC, at 1056 North River Road in Manchester.

Jake Leon, spokesman for the Department of Health and Human Service, said the department is still investigating what occurred and will issue a report when completed.

Under the Youth Treatment Center contract, Granite Pathways was to pay the state  $374,000 a year in rent for the facility and bill Medicaid and private insurers for the treatment of youths ages 12 to 17.

It wasn’t immediately known how much has been paid or how much the state is paying Granite Pathways for the Doorways program, Leon said.

There was also a “significant incident” last summer involving three girls who walked away from the Youth Treatment Center and reported being sexually assaulted by two men.

Annette Escalante has been named the new director of the facility and was at the center as the governor spoke working to close up the private operation and move it into state hands.

Officials said the two-year contract, which began in 2018, is not likely to have any more financial repercussions to the state as Granite Pathways is not contesting the termination.

It was reported that five youths were transported from the treatment center to hospitals Monday night after workers believed there had been a number of overdoses. Authorities suspected that the youths had taken the sedative Xanax.

On Tuesday, the state halted new admissions to the facility, which can treat up to 36 youths for drug or alcohol problems. The typical stay is about two months.

Manchester police are conducting their own investigation into the Monday night incident and another one reported at the facility this past Sunday.

Prior to the press conference at noon Wednesday, state Sen. Dan Feltes, a Democratic candidate for governor, said, “This is a tragic example of the Sununu administration’s continued failure on the opioid epidemic. We need to do better by our kids, our communities, and our businesses, which is exactly why we need a comprehensive plan to deal with the opioid epidemic from babies born with neonatal abstinence syndrome to kids to adults and families seeking treatment.”

Feltes said the Doorway referral program has not increased capacity and is not a comprehensive plan. It was designed to allow an easy entry point for treatment services and the ones in Nashua and Manchester are two of nine programs around the state.

“The sooner the Governor admits that the sooner we can all move forward with a real comprehensive plan.”

“Granite Pathways agrees with the Governor that the current youth treatment residential program in Manchester should be discontinued. This mutual agreement is done with the understanding that while caring for children with addiction is an important and worthy effort, the current program is being met with too many challenges to ensure its success,” Reed said.

She said caring for children in the current space (the Sununu Center) offers a set of unique challenges and there are not a lot of providers willing to take it on.

“With regard to the issues which arose over the past few days we are eager for state and local public officials to work with us to take a hard look at how we addressed the recent drug use incident and in addition, to use this opportunity to examine things in a more comprehensive fashion,” Reed said.