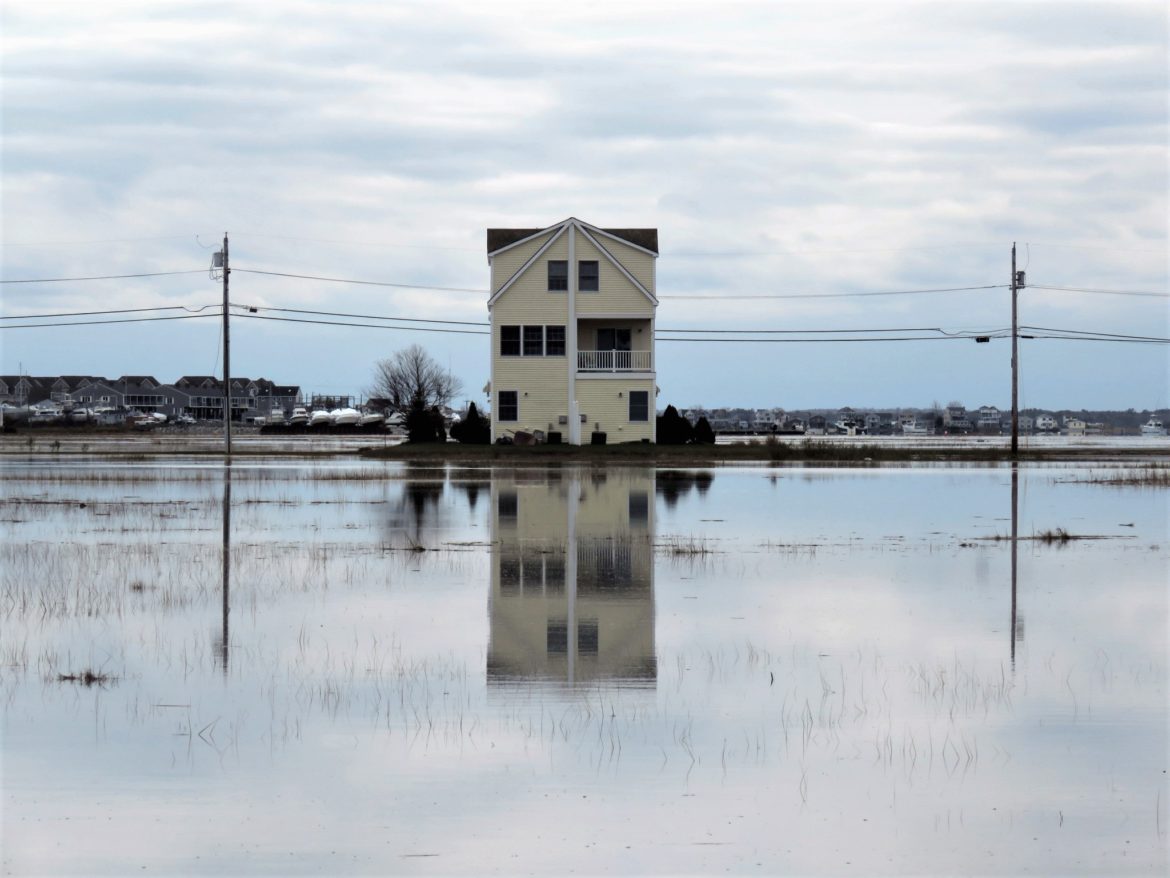 Editor’s Note: InDepthNH.org is celebrating Covering Climate Now with 250 news outlets around the world. Check out the stories here. Below, Roger W. Stephenson launches his new column about climate change here at home in New Hampshire.

Recently I stopped by the nearly completed Joe Schanda Veterans Memorial Pavilion in Newmarket. I happened to meet Joe Schanda, who told me the pine used to build the beautiful structure was cut from the property and milled in nearby Lee.

A group of us began sharing stories about the pines, woods and local history, when Schanda shared about experiencing the Great New England Hurricane of 1938 as an eight-year-old boy.

He said he remembered looking out the window—as if it was yesterday—and watching the rain shooting sideways from behind a windowpane. I recently learned that the ‘38 hurricane, which raced across New Hampshire 82 years ago on September 21, wiped out over 1,000 square miles of New England forests, which was predominantly white pine at the time. (The loss of that pine eventually allowed maples and hardwoods to emerge, giving tourists and residents alike whole landscapes of spectacular fall foliage to enjoy and marvel[1].)

We are now in peak Hurricane Season. Since 1938 seven hurricanes have made landfall in New England [2], with Hurricane Bob being the last to do so in 1991 as a Category 2. While New Hampshire was spared the brunt of storm, it was still left with $2 million in damages and two lives were lost.

A review of big storms shows there were 14 presidentially declared disasters in New Hampshire between 1951 and 2000. In contrast, there have been 18 declared storm disasters in the first 15 years of this century, including one hurricane and one tropical storm. In other words, we have gone from having a big storm once every few years on average to the equivalent of one declared disaster annually. The drag on the economy and disruption to our lives is becoming very real.

While a Category 3 hurricane would be terrible, it is not our greatest, most likely risk. In fact six years ago experts began to worry that New Hampshire coastal communities were unprepared for projected coastal flooding risks associated with climate change. In response, the state legislature established the New Hampshire Coastal Risk and Hazards Commission.

The purpose of the commission, as stated in the law, is to “recommend legislation, rules and other actions to prepare for projected sea-level rise and other coastal watershed hazards such as storms, increased river flooding and storm water runoff, and the risks such hazards pose to municipalities and state assets in New Hampshire.” I was among 37 on the commission.

Importantly, established science formed the foundation of our deliberations, as the law required.  Our commission formed a Science and Technical Advisory Panel (STAP) to review and synthesize the science and after a number of meetings for review and questions the Panel’s report was formally accepted by the commission by unanimous vote.

The commission’s final report submitted to the governor in 2016 summarized New Hampshire’s vulnerability to projected coastal flood hazards. It put forth recommendations and actions to help the state and municipalities minimize their risk and increase their resilience.

In the report we communicated what we faced with respect to the risks to the built environment, to our natural surroundings, to our heritage and to our economy.  There is a lot to lose: after all, the state’s 17 coastal zone municipalities are home to approximately 11 percent of the state’s population, over 100,000 jobs, and generate a 2014 Gross Regional Product of approximately $11 billion[3].

Of consequence are some of the incremental, yet significant actions being taken in New Hampshire’s coastal towns. With help and guidance from the Strafford and Rockingham planning commissions, local leaders conducted assessments to determine the vulnerabilities of various public assets—such as local roads, waterworks and public buildings—to increased storm surge and sea level rise.

Some towns, including Rye, Durham and Hampton have added climate chapters to their town master plans. At Town Meeting residents have voted for additional protections through ordinances and funded a handful of stormwater studies and larger culverts suitable for increased flooding.

Reviewing the latest climate science every five years is now required by New Hampshire law. On August 30 under the leadership of the University of New Hampshire scientists completed a new report, which has since been delivered to Governor Sununu and can be found online here: nhcrhc.org. [4] Some of the key scientific findings include:

Sea levels are rising in New Hampshire and are projected to do so for centuries.  Relative sea level, for example, is likely to rise between 0.5 and 1.3 feet by 2050 and between 1 and 2.9 feet by 2100, provided global warming emissions stabilize. However, there is a risk of seas rising much higher if emissions continue to grow and ice in Antarctica melts at a rapidly accelerated rate.

Impacts from storm surge in coastal New Hampshire will increase as the addition of water allows it to move further inland.

The frequency of extreme precipitation events is projected to increase over the course of the next several decades, especially in the springtime.

Freshwater flooding is expected to increase, and average groundwater levels are expected to rise in the future as a percentage of relative sea level rise.

State policymakers would be well-served to heed the science and the recommendations put forth by the New Hampshire Coastal Risk and Hazards Commission. Local residents are beginning to collaborate and move forward on a path towards a more resilient future. Leadership from the governor and legislature is essential to better protect coastal residents and property from growing vulnerabilities.

While there will be hard decisions ahead and building for a safer tomorrow will cost money, we also know inaction poses much graver risks and a greater financial burden, which is why we need to act now to tackle the climate crisis instead of continuing to kick the problem to the next generation.

Roger W. Stephenson has been  involved in the communication of climate change science and solutions since 1991. He is the Northeast advocacy director for the Union of Concerned Scientists and lives in Stratham, N.H. He has a B.S. in zoology and a graduate degree in wildlife biology from the University of New Hampshire. He writes Field of View: Climate Change Through a New Hampshire Lens as a public service and InDepthNH.org distributes it to all news outlets in New Hampshire.