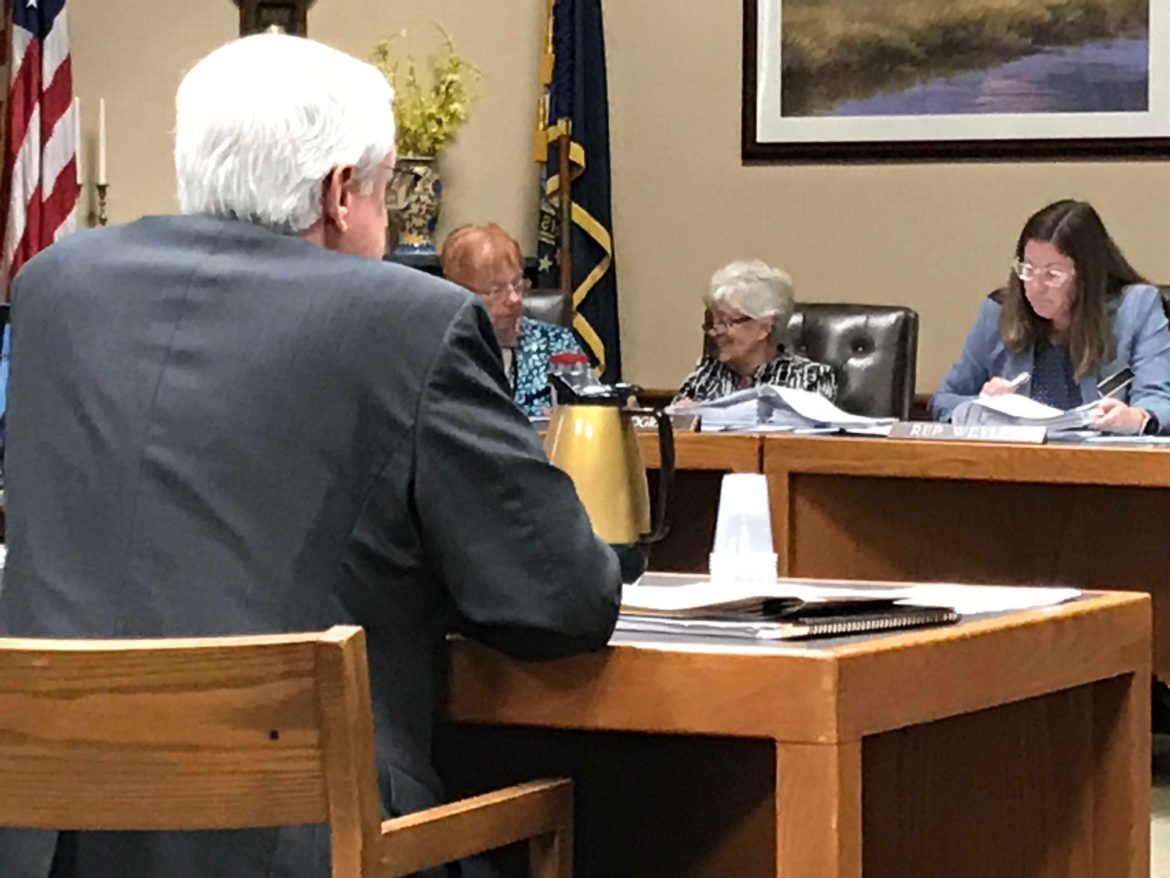 CONCORD — The fallout from a budget veto was on display Thursday as well as partisan politics.

The Legislative Fiscal Committee had 35 items to decide in its day-long meeting, 22 were due to the budget veto by Gov. Chris Sununu and the three-month continuing resolution approved by the Democratically controlled Legislature and the governor.

The continuing resolution allows state agencies to spend one-quarter of their authorized spending in the recently completed 2019 fiscal year, but not additional money authorized by the Fiscal Committee after September last year.

The limits prevent agencies from using federal multi-year grants for this fiscal year for such things as increased welfare caseloads, continued services for developmentally disabled individuals who were moved off a waitlist last fiscal year, and removing lead from public schools’ water systems.

Also some agencies spend a higher percentage of their appropriations in the summer months such as the park system and the Department of Transportation.

State parks spend 60 percent of their fiscal year appropriations in July, August and September, while the Department of Transportation does much of its maintenance work like paving highways in the summer and fall.

The committee agreed to allow the Department of Natural and Cultural Resources an additional $1.25 million for state parks to remain open.

“Without approval of this request, the Division of Parks and Recreation will have to curtail operations and close parks due to a lack of staffing,” said Cultural Resources Commissioner Sarah Stewart.

The committee approved about $9 million for the Department of Transportation for construction and rehabilitation projects in Portsmouth, Hampton and Merrimack, as well as $562,340 for the Attorney General’s Office for “on-going litigation costs.”

And according to Department of Administrative Services Commissioner Charlie Arlinghaus, everyone agrees they want to avoid layoffs while House and Senate leaders negotiate with the governor on a compromise budget.

However, the partisan divide reared its head over the two requests to pay for services for the developmentally disabled and another to provide additional funding for the Temporary Aid to Needy Families (TANF) program.

Several Democratic members of the committee noted the reason for many of the requests were due to the governor’s veto.

“What created this problem today is the veto, not us,” said Rep. Peter Leishman, D-Peterborough. “We’re not to blame for this ongoing crisis.”

The committee eventually approved variations of both requests for developmental services but not before lengthy debate, charges of playing politics and suggestions more state agencies face emergency needs.

Sununu backed a plan to approve a $16 million emergency appropriation for developmental services from money that would have remained available to the division under the budget vetoed by the governor, but viewed as unspent money and lapsed back into the general fund July 1.

Health and Human Services officials said the money – which is half federal and half state – would provide services to about 130 people who otherwise would be on a new waiting list beginning July 1.

But several members of the committee asked why that amount of money would be needed for 130 new cases, saying the request was essentially an end run around the veto.

“You’re playing games with the disabled community,” said Sen. Regina Birdsell, R-Hampstead. “This is getting way too political, that is my concern.”

But Feltes said the request is a bypass of the veto for one concern and not all the other emergencies.

“It is our responsibility to work on all the emergencies, not just one,” he said. “That’s not political, that’s the practicality that is facing us as a state.”

A similar argument erupted over the Health and Human Services Department’s need for $2.6 million in federal funds for the TANF program. Said agency chief financial officer Kerrin Rounds. “We cannot not pay these claims by TANF clients.”

The committee initially tabled a Department of Education request to extend the end date of a $256,266 federal grant to prevent violence in schools, but reversed course later in the day and approved it.

Sununu took the committee to task for tabling the request tweeting: “This fiscal item had zero cost to New Hampshire state taxpayers, and yet the Democrats decided to play politics by holding this critical funding hostage. We are leading the nation in school safety efforts, and today’s action is setting a dangerous precedent.”

But Democratic Party Chair Ray Buckley fired back at Sununu saying he created the crisis.

“Sununu brought us to the brink with his budget veto. Today’s hostages in Sununu’s self-made crisis? Opioid treatment funding and assistance for New Hampshire’s most vulnerable citizens,” Buckley said. “He sold out the state to special interests and left for vacation for Democrats to pick up the pieces of his broken promises.”

The committee will revisit the request at its meeting next month as it will several other items given partial approval Thursday.