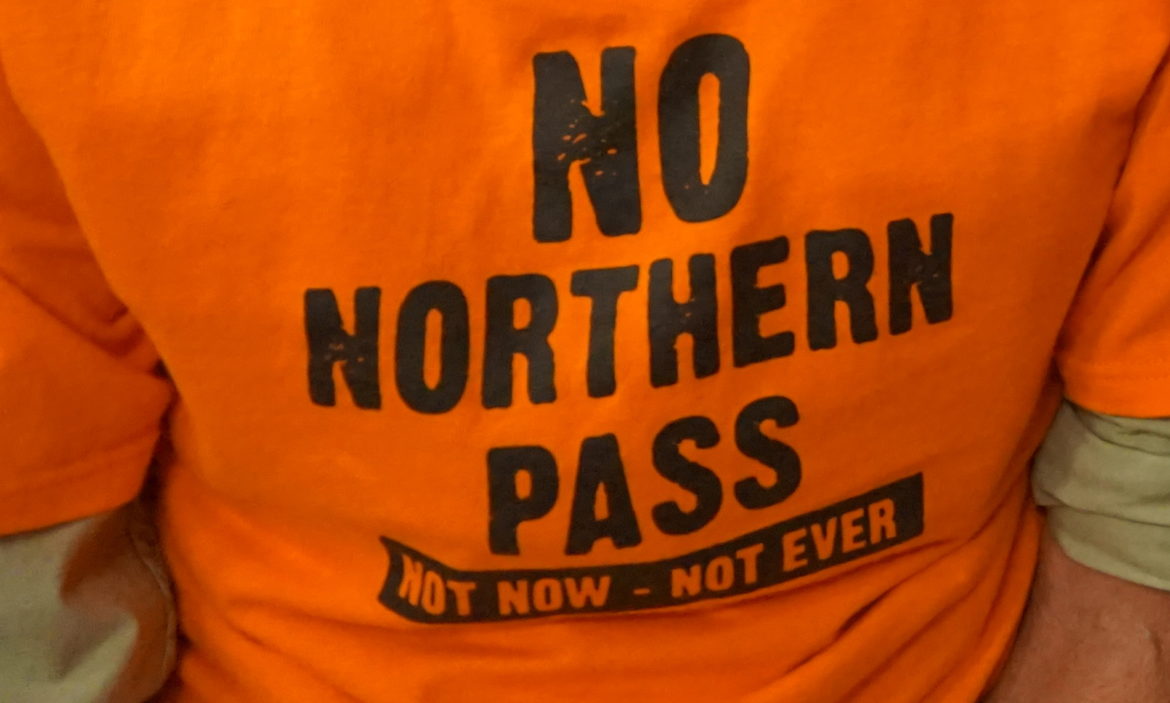 The company filed a document with the Securities and Exchange Commission Thursday evening notifying investors it would not go forward with the project.

“After evaluating all potential options following last week’s decision by the New Hampshire Supreme Court on Northern Pass, it is clear there is no path forward for the project,” said media relations manager William Hinkle. “Consequently, we submitted a filing late Thursday with the United States Securities and Exchange Commission reflecting our conclusion that Northern Pass has unfortunately been brought to an end.”

The 8-K form says the company is taking a charge of $240 million after applying reimbursement agreements and tax benefits of $115 million.

The charge is approximately 64 cents a share, the company said in the statement.

The project was first proposed in 2011 and was denied by the SEC in 2018 saying project officials failed to prove the high-voltage, 192-mile transmission line would not unduly impact the orderly development of the region, one of four criteria needed to approve a major utility project.

At the time, the decision disappointed Eversource whose spokesman restated the region’s need for renewable energy, but was cheered by those who fought the project for nearly a decade claiming it would permanently scar the state’s majestic landscape.

“We are deeply disappointed that the New Hampshire Supreme Court reached this decision, but we are grateful for their consideration and deliberation in this case,” Eversource said in a statement earlier this month. “We will closely review the Supreme Court’s decision and evaluate all potential options for moving forward.”

But Thursday, the company filed the paperwork with federal regulators bringing the entire project to a close.

“We remain grateful to our energy partner, Hydro-Québec, for their longstanding commitment to supplying New England with clean, reliable hydropower. We also wish to thank project supporters, including New Hampshire’s business community, our union partner the IBEW and many others, with whom we worked closely over the years to bring this project’s benefits to our customers,” Hinkle said. “The need for new sources of abundant, low-cost renewable energy in New England remains urgent, and we will continue working toward new, innovative solutions that lower costs for our customers, improve reliability and advance clean energy.”

After the court’s decision, one of the projects biggest supporters, Gov. Chris Sununu, said it was time to move on and focus on other clean energy projects that would lower electric rates.

The SEC voted 7-0 Feb. 1, 2018 to deny Eversource’s application saying the company and its experts failed to provide sufficient and credible evidence for the committee to make an informed decision on the project’s impact on property values, local businesses, tourism and changes in land use.

In filing its appeal, Eversource claimed the SEC statutes and rules on orderly development are vague and open-ended allowing arbitrary decisions and the SEC failed to clarify or offer guidance on the standards.

It also said the SEC should have continued to deliberate the case instead of stopping once it found the project failed one of the four criteria, and because it stopped deliberations, regulators failed to consider key components which would have addressed the issues raised in the SEC’s ruling. The appeal also said the committee failed to follow statutes and its own rules.

But the state Supreme Court sided with the Site Evaluation Committee.