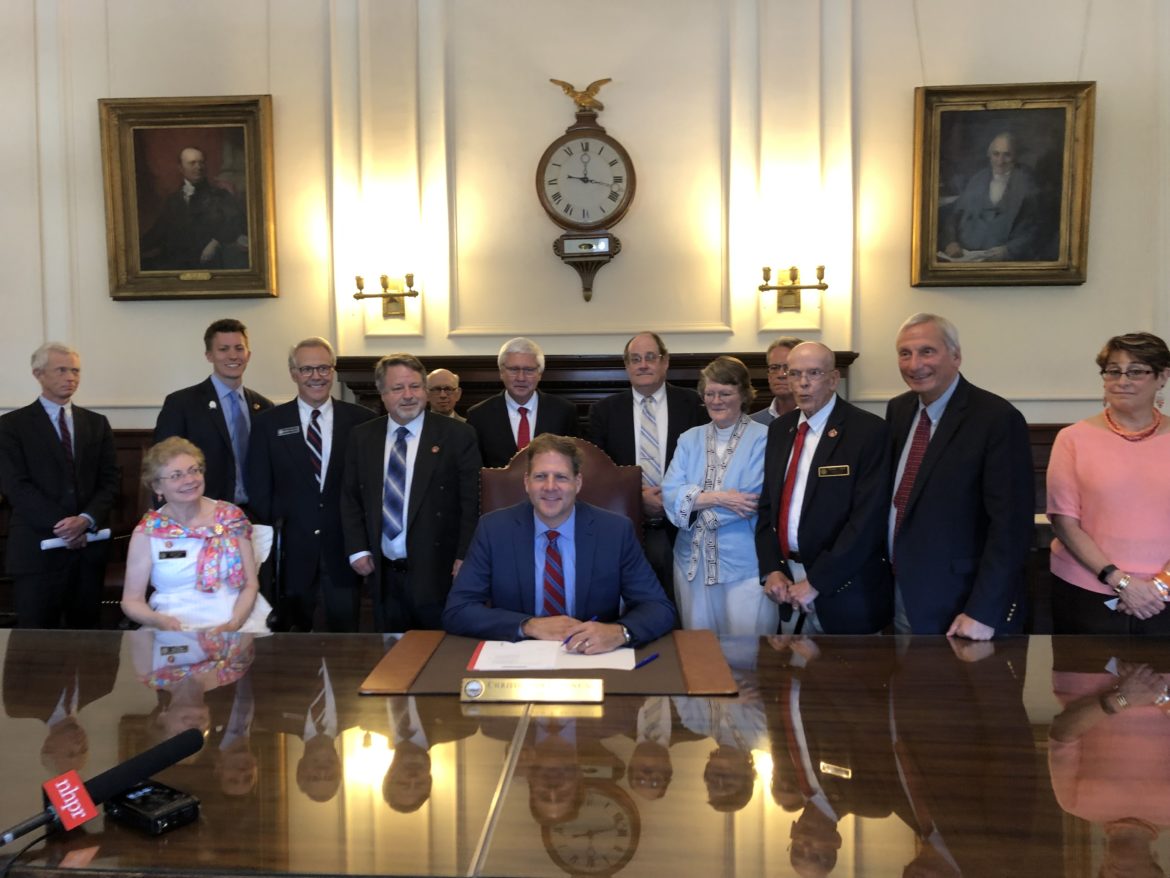 There was bipartisan support for Senate Bill 242, which will address the potential problems caused last year when the U.S. Supreme Court allowed businesses to tax retailers for online sales even if the company doesn’t have an official presence in the state.

The new law requires other states to notify New Hampshire of its intent to apply a tax 45 days before applying it, which enables the state Department of Justice to fight the tax.

Rep. Susan Almy, D-Lebanon, said the main objective of the bill is to find those who would try to tax products online from New Hampshire retailers so that the state can take that to federal court.

New Hampshire has no sales or income tax and it is ranked as having the lowest poverty rate in the nation and among the lowest unemployment rates, Bradley noted.

Senate Majority Leader Dan Feltes, D-Concord, who was not at the bill signing, released the following statement:
“Last year Governor Sununu called a special session of the legislature, left to fundraise from corporate special interests in Aspen, Colorado, and the Republican majority failed to pass legislation to protect New Hampshire businesses. This year, the Democratic majority in the House and Senate did the opposite and delivered for small businesses in our state, which are the backbone of our economy.”

The bill passed the House overwhelmingly with only 25 dissenting votes.

On Friday Sununu signed the bill “providing for protection of private customer information and rights of New Hampshire remote sellers in connection with certain foreign sales and use taxes, also known as the ‘Wayfair Bill.’”

“As Governor, I am going to do everything in my power to fight any attempt to force New Hampshire’s businesses to collect out of state taxes in violation of the United States or New Hampshire Constitutions,” Sununu said in a statement.

“I would like to thank Senator Jeb Bradley, Representative Almy, and others in the legislature for their hard work and steadfast leadership in getting this bill done. This legislation is a first step in the process, and we look forward to strengthening this bill in the years to come as the law develops.”

Sununu’s statement pointed out the provisions of the legislation:

First, any out of state taxing authority seeking to audit or impose tax collection obligations on a New Hampshire business will be required to notify the New Hampshire Department of Justice at least 45 days in advance.