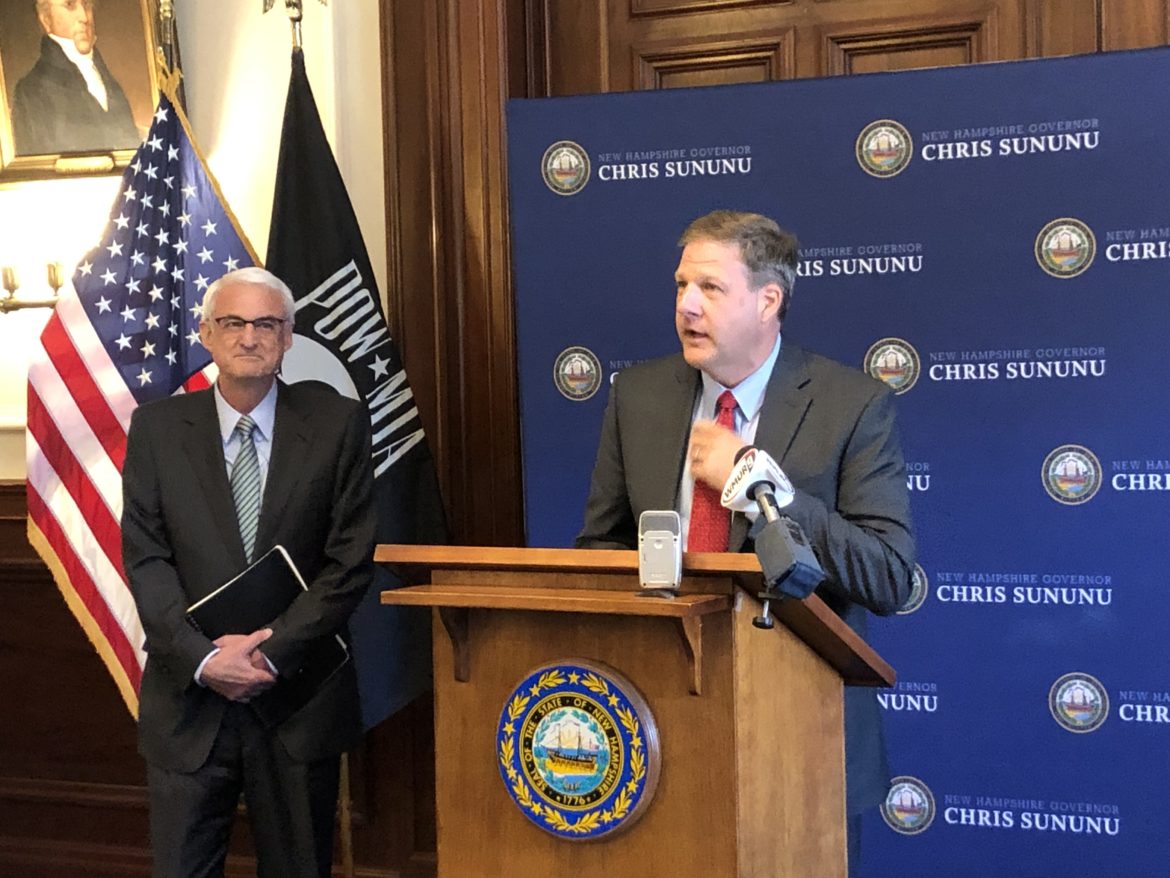 CONCORD — No one will be losing health care coverage under the Granite Advantage program this summer because of the work requirement.

Gov. Chris Sununu announced Monday he has signed Senate Bill 290 into law which suspends the 100-hour a month work requirement for about 50,000 who get health-care assistance under the expanded Medicaid program.

This means that almost 20,000 termination letters, due to be sent out this Wednesday, are not going to be sent.

Instead, expect to see Health and Human Services staff knocking on doors in Nashua, Manchester, and Laconia and at places like the grocery store and department stores, asking residents to sign-up for the work requirement this summer.

Health and Human Services Commissioner Jeffrey Meyers said the state still needs to contact 16,874 individuals, many of whom may qualify for waivers.

He noted that the 100 work hours can be satisfied if people are in school, substance abuse counseling, have children to care for under the age of 12 (which through this new law has gone up from age 6) and a number of other waivers provided for in the law.

“This is a challenging population to reach,” Meyers said, noting an estimated 3,000 are homeless, some are transient, don’t have access to computers, transportation or have mental health issues that have become barriers to implementation of the work requirement.

The governor said the state is the first in the nation to begin a door-to-door effort and that began last week in some key areas where they believe members of the program live.

But he noted that people live in every area of the state.

Kate Frey, advocacy director for New Futures, a non-profit that works to ensure health care and wellness opportunities for all residents, said she was pleased with the move by the governor to suspend the work requirement and sign the bill.

The five-year program, which is entering its second year, had a reporting requirement that went into effect on June 1.
This 120-day suspension starts on that date and goes through the end of September.
Meyers said what the governor signed was essentially a waiver of that requirement from June 1 to Sept. 30.

If the state gets to Sept. 30 and there are still tens of thousands of people not reporting, Meyers said he and the governor would have to sit down and decide if another short-term waiver is in order.

He said they have heard “manually” from fewer than 700 who have asked for an exemption.

Meyers said they are able to identify at least 8,000 who are in compliance because they have information in their data systems that show they have met the waiver.

Meyers said they have set up information tables at “places where these people go” including department stores and grocery stores, and have been working with health care providers.

But discretion and privacy issues limit those efforts to information in such public spaces. Instead, folks are urged to go to the Health and Human Services district offices across the state which are listed at dhhs.nh.gov.

The department has spent over $130,000 with the contractor Maximus trying to reach folks and Meyers expects there to be more spent in the days and weeks to come, this summer knocking on doors and through other outreach efforts.

The Democratically-led Senate reacted positively to the governor’s passage of Senate Bill 290.

Sen. Cindy Rosenwald, D-Nashua, who was the prime sponsor of the bill, said the governor’s action clarifies and improves the program and its community engagement requirement to ensure no Granite Stater arbitrarily loses health care coverage.

Nationally, work requirements are under fire and litigation is now underway.

A similar provision to New Hampshire’s in Arkansas resulted in tens of thousands of participants losing their health-care coverage.

“Senate Democrats knew from the beginning that the work requirement notification process and implementation would be onerous and difficult. We have said all along that any work requirement in New Hampshire cannot result in the arbitrary loss of health care coverage for Granite Staters like it did in Arkansas—that’s why we introduced and championed SB 290, to improve and clarify this law,” she said.

Sen. Jeb Bradley, R-Wolfeboro, said last month that Health and Human Services officials did all they could to contact the 50,000 participants, but failed to reach 20,000. It would be very problematic if those 20,000 participants were to lose their health coverage, Bradley said but noted the work requirement was essential for the bipartisan support to reauthorize the program last year and will be needed in the future to continue the program.