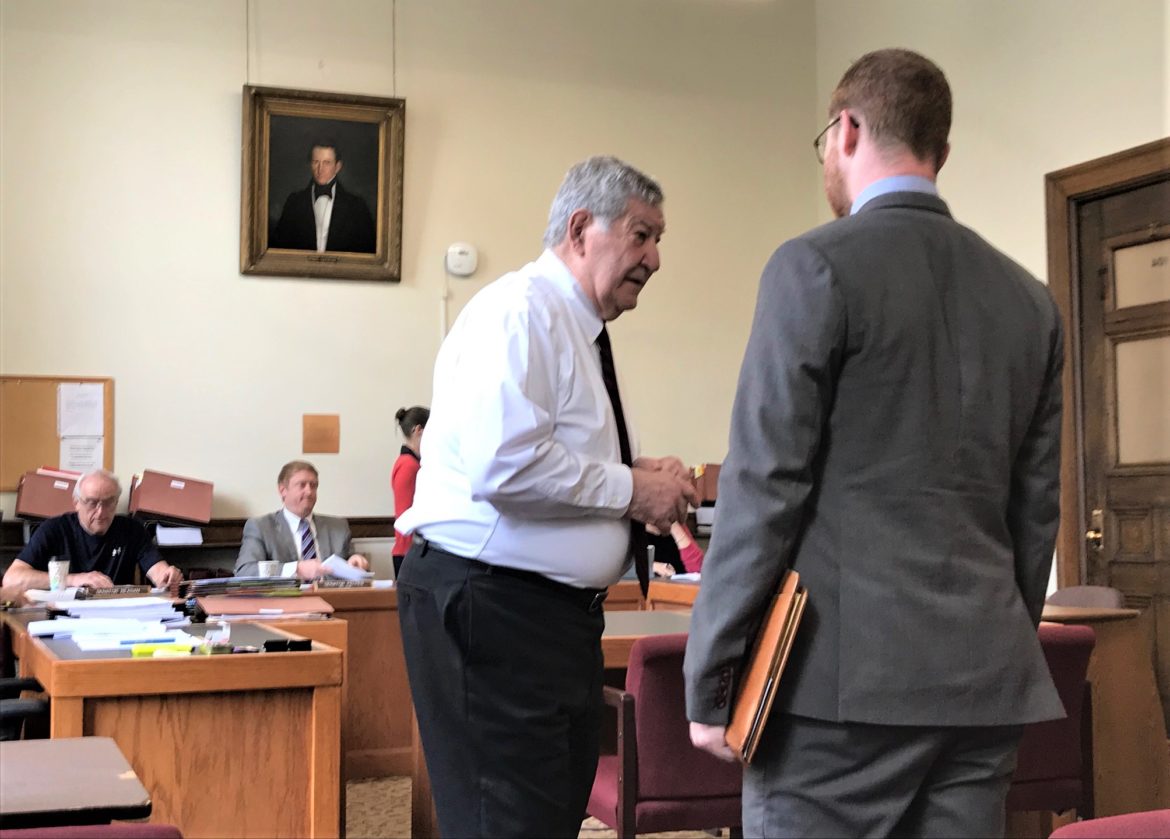 The budget plan includes a $17.5 million Secure Psychiatric Unit to replace the current facility at the men’s prison in Concord, which had been a bone of contention between House budget writers and Sununu who proposed a 40-bed, $40 million facility on New Hampshire Hospital grounds.

House budget writers left the new facility out of its budget saying it would be irresponsible to approve the plan with little to no information.

Sununu focused on the lack of the facility as one of the reasons for his opposition to the House-passed budget.

The proposed 2020-2021 Senate budget plan still needs approval of the Senate next week and the House will have to decide if it will agree to the Senate plan or request a conference committee to reconcile the differences between the two plans, both crated by Democratically controlled bodies.

Senate Finance Committee Chair Sen. Lou D’Allesandro, D-Manchester, said the Senate did more than the House because it had the latest revenue figures. “We did tax reform,” he said. “We both tried to get to the same place.”

He said the senate plan was done in consultation with the governor’s office. “We had an open dialogue,” he said.

The biggest difference between the House and Senate is education funding, which the House funded with a new capital gains tax raising $150 million, which the Senate removed from the budget.

The House education funding proposal would have raised $160 million in additional state funds for state education aid, while the Senate plan raises about $100 million.

The two plans restore stabilization aid to its original level before annual 4 percent cuts that began three years ago and establish a study commission to determine the cost of an adequate education. The two plans differ in how they distribute and fund disparity aid to help property poor communities.

Under the Senate plan, a provision that would increase aid to school districts with more residents in poverty has been removed, making the plan less generous than the House’s.

“We did the job the people of New Hampshire sent us to do,” said Finance chair Sen, Lou D’Allesandro, D-Manchester. “Everybody gets to participate and get a piece of the action.”

He said the Senate budget is sustainable and provides money to cities and towns to help reduce the growing burden of property taxes through increases in education funding and municipal revenue sharing.

“Senate Democrats made a pledge to the voters of New Hampshire that we would pass a budget that worked for everyone,” he said. “Today, the Senate Finance Committee delivered on that promise.”

However, Republicans who voted for many of the proposed changes to the House budget, said they could not support a plan that is structurally in deficit.

“The structural deficit for fiscal year 2021 is $76 million,” said committee member Sen. John Reagan, R-Deerfield, “and we can’t agree to that.”

There are unlimited needs but limited revenues, he said, and lawmakers need to prioritize to bring the budget into balance.

Committee member Bob Giuda, R-Warren, said the legislature is constitutionally required to produce a balanced budget, but the proposed budget is not.

Feltes and D’Allesandro both said the budget is balanced and sustainable and uses surplus funds just as every other budget does when it is available.

The budget uses a projected surplus of $161 million to offset higher spending in both fiscal years than general fund revenues raised but would result in a $24-million dollar surplus at the end of the biennium when $10.6 million of that surplus would be transferred to the state’s rainy day fund.

The budget includes a paid family and medical leave plan that is opposed by Sununu who calls it an income tax and has his own plan with Vermont for state employees. Sununu vetoed the bill passed by the House and Senate, but lawmakers have yet to attempt an override.

Felts, the sponsor of the legislature’s plan, said it will help attract and retain the workforce of tomorrow, help address the state’s caretaker crisis, and help combat the state’s opioid epidemic.

Additional money is included for housing as well.

Both the House and Senate budgets freeze business profits and business enterprise tax rates at their current level instead of continuing reductions approved by Republicans in the last two-year budget.

And the Senate approved conforming the state businesses taxes to federal tax laws. The two changes are expected to produce an additional $45 million over the biennium.