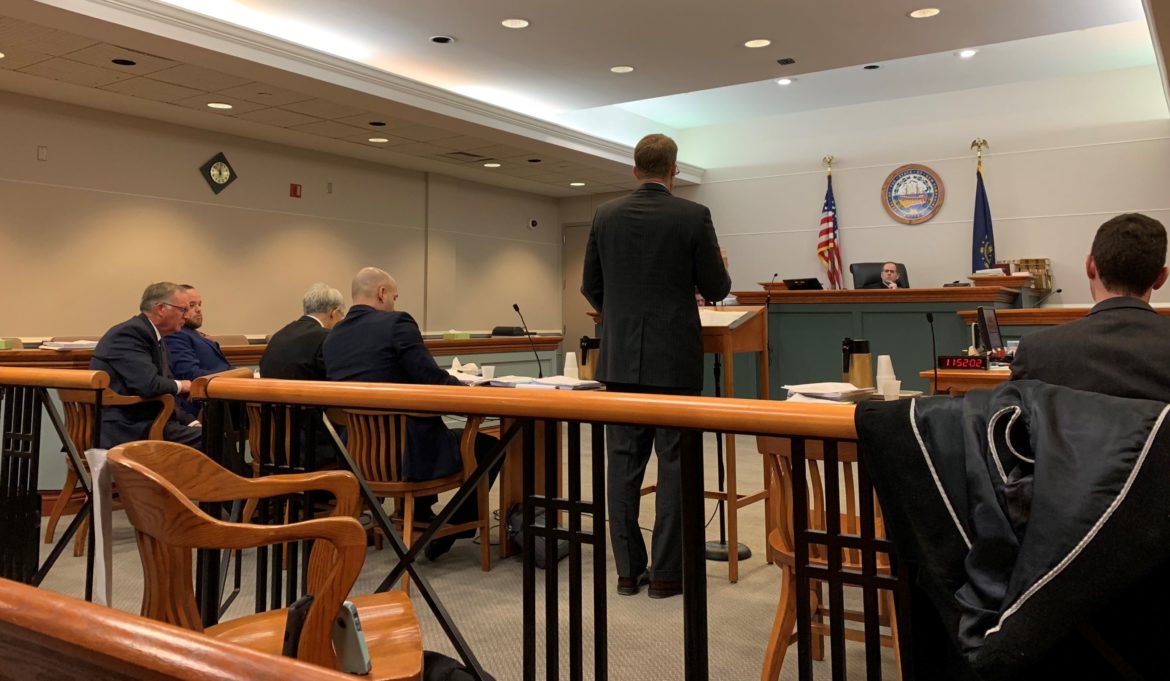 Will and ACLU-NH legal director Gilles Bissonnette disagree about what Temple’s order on the state’s motion to dismiss the case actually says.

ACLU-NH, the New Hampshire Center for Public Interest Journalism and six other news outlets across the state filed a public records lawsuit demanding the unredacted list be made public. It is now called the Exculpatory Evidence Schedule.

“The New Hampshire Superior Court ruled that the N.H. Department of Justice must produce a list of over 260 New Hampshire police officers who have engaged in misconduct that reflects negatively on their credibility or trustworthiness, known commonly as the Laurie List,” Bissonnette said in a news release.

“This is an important victory in ensuring transparency and police accountability.”

Will, however, would not release the unredacted list Wednesday and said the state is reviewing its options.

“With its order today, the Court denied the motion to dismiss,” Will said. “The Court did not order the immediate production of an unredacted EES.”

Temple’s order is not a final order in the case, Will said, and, therefore, is not subject to immediate appeal to the New Hampshire Supreme Court.

“We are reviewing the order.  We will make a determination about next steps consistent with court procedure,” Will said in an emailed statement.

Temple’s order detailed his legal reasoning and concluded: “Accordingly, because the EES is not confidential under RSA 105-13-b and not exempt under RSA 91-a, the Department of Justice’s motion to dismiss is denied.”

Will argued at a hearing on the state’s motion to dismiss on Feb. 25 insisting those two laws required the names of the sworn officers with sustained findings that negatively reflected on their honesty or truthfulness remain confidential.

Will told Judge Temple he wasn’t trying to protect disciplined police officers, but was merely doing as the law required.

“Based on this obligation, this Office directed the creation of the so-called Laurie List in response to the New Hampshire Supreme Court’s 1995 decision in State v. Laurie,” Will said in the statement. The case involved Carl Laurie.

Laurie’s first-degree murder conviction was reversed in 1995 after it was discovered that the lead police investigator who testified against him was known to be dishonest. Laurie later pleaded guilty to second-degree murder and will eventually be eligible for parole.

“The purpose of the list was to assist prosecutors in meeting their constitutional disclosure obligations,” Will wrote.

“This Office has a duty to defend the law as written and has consistently interpreted New Hampshire statutes as prohibiting certain information on the list—to include a police officer’s name—from being subject to public disclosure.  As a result, when requested this Office has released a partially redacted version of the list,” Will wrote.

ACLU-NH’s Bissonnette said actions that might cause an officer to be placed on the list include a deliberate lie during a court case, the falsification of records or evidence, any criminal conduct, and an egregious dereliction of duty.

“Today’s decision is a historic victory for transparency and police accountability,” Bissonnette wrote. “These officers have engaged in sustained misconduct that concerns credibility and truthfulness, and the public has a clear right to this information—especially when it goes to the core of an officer’s ability to perform their duties.”

Bissonnette and the other attorneys who have argued the case, including William Chapman and Gregory Sullivan, have insisted that police officers have no privacy interest with respect to their own misconduct.

“Meanwhile, there is tremendous public interest in disclosure.  Without transparency, the public is left unaware of which officers in their towns have had issues concerning their truthfulness or credibility,” Bissonnette wrote.

Secrecy also means that defense lawyers have no way to verify whether state prosecutors are properly disclosing to defendants in criminal cases when a testifying officer has a credibility issue, Bissonnette said. “We are thankful the Superior Court recognized that this list belongs to the public which funds the police,” Bissonnette said.

Bissonnette and Gregory Sullivan of Malloy & Sullivan were lead counsel and argued the case. Also representing the petitioners are William Chapman of Orr & Reno, James Moir of Moir & Rabinowitz PLLC, and Henry Klementowicz of the ACLU-NH.

It was filed by ACLU of New Hampshire, the New Hampshire Center for Public Interest Journalism, which publishes InDepthNH.org and six other media outlets across the state: the Concord Monitor, Keene Sentinel, Nashua Telegraph, Seacoastonline.com, Union Leader, and Valley News.