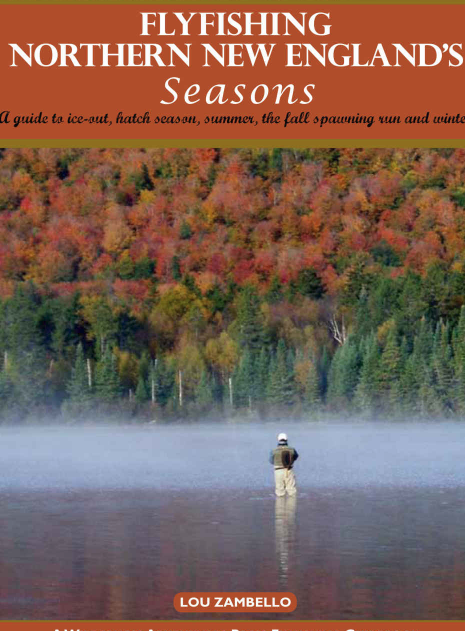 One of life’s little pieces of wisdom I wish I had learned when I was younger was if you don’t know what you are doing, ask.

Whether it is a guy thing, or just a pride thing, or both, it was a hard lesson. I’ve since gotten over that habit. When I first started fly fishing with a fly rod a friend had  given me, I was a hot mess. I was whipping that rod back and forth like a buggy whip.

The line would get tangled and the fly would get knotted in the line. However, as bad as I was, I still got into some nice Dace (a.k.a. minnows) on my first trip fishing in Pittsburg.

Upon my return, I was telling my tale to my friend John., who at the time was studying to get his certification to be an L.L. Bean fishing guide. John suggested we get together for a few casting lessons.

Talk about a miracle worker, I was laying out line like it was my business. A few weeks later we went out on one of the local rivers and he showed me a technique to use when your fly gets stuck on something in the river. That has saved me hundreds of dollars over the years, especially when flies cost from $2 to $6 apiece.

Charlie, another one of my flyfishing friends has been another great resource. I would head down to Charlie’s store for a cup of coffee and some fishing advise. Charlie has fished all of the famous waters in New England and locally. He loves to tie flies and always has a suggestion as to what fly to use on certain rivers during different times of the year. He made me some of his famous Maple Syrup flies, which are killer for small ponds with a sinking line.

Whenever I have a chance to talk or listen to someone knowledgeable about fly fishing, I make an effort to get there. Recently, I attended the Great Bay Trout Unlimited meeting to hear writer, author and guide Lou Zambello talk on “Catching Difficult Trout in Northern New England.” I figured I should go because that describes every trout I’ve ever met. I learned so much in an hour it was amazing.

The practical aspect of keeping your fly active in the water. Trout go after living food. Also, using uncommon flies such as a Hornberg, Klinkhammer or a Quigley Green Drake Cripple instead of a more popular fly, is more likely to peak a trout’s interest. I also picked up a signed copy of his book “Fly Fishing Northern New England Seasons,” which I highly recommend.

While I am recommending books, I am anxiously awaiting a book by author, writer, photographer and guide David A. Van Wie. The book, “Storied Waters,” is coming out later this year. Van Wie fished 35 fabled waters in the North Eastern United States.

The author traveled some 5,700 miles to visit some of the most famous fly fishing waters. It is a journey that every fly fisher would want to undertake, with many of these waters on most fly fishers bucket list. So if you are ever looking for some help or information, just ask. There are a number of great fly shops in the area with people that are willing to help.