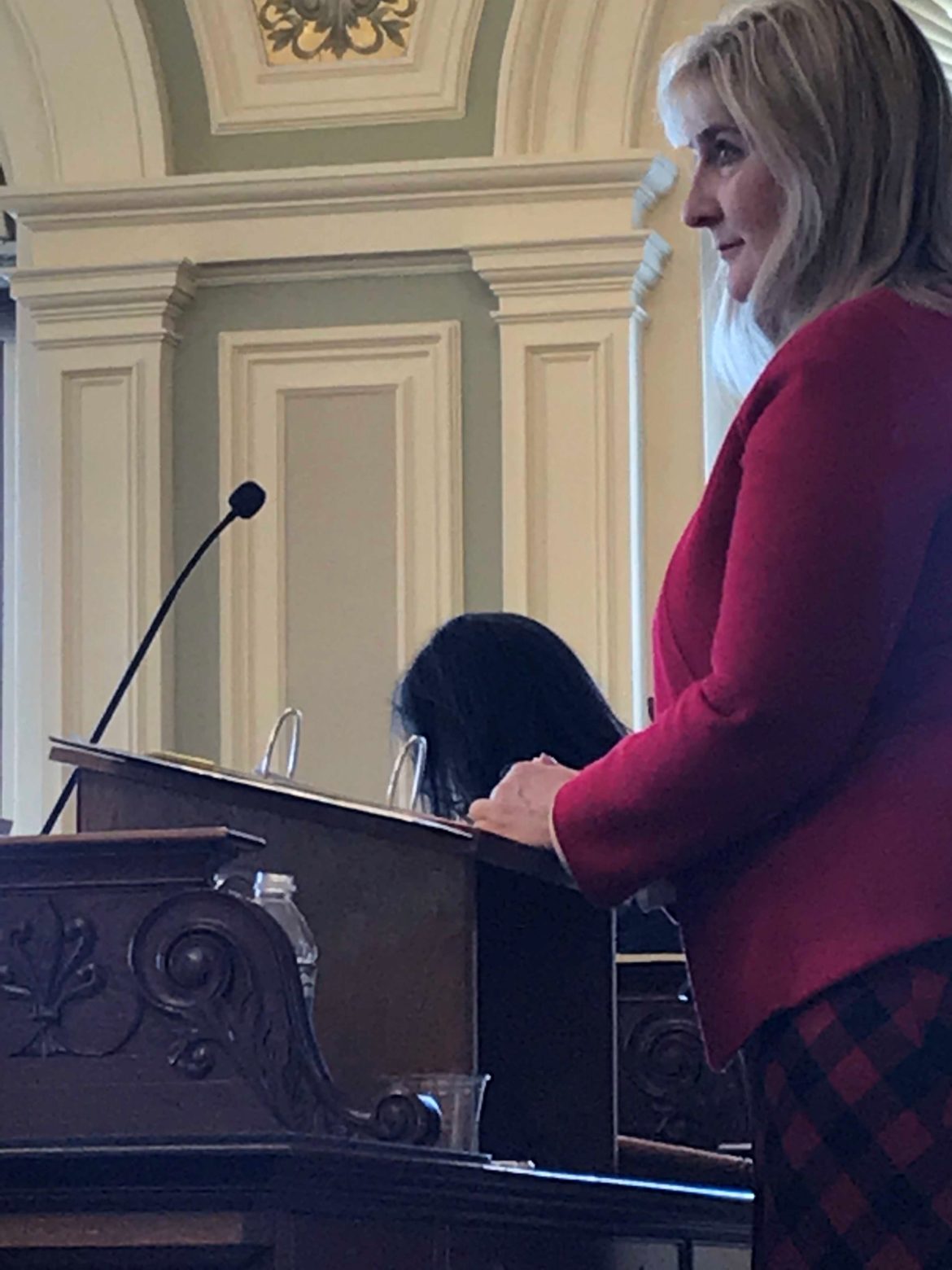 CONCORD — Lawmakers Thursday approved a paid family leave plan for workers and agreed to resume contributions to the state retirement system for communities and school districts.

After more than an hour of debate, the Senate approved a paid family and medical leave plan that would cover state workers who currently do not have the benefit.

The vote was down party lines, and stands in contrast to Gov. Chris Sununu’s plan announced last month with Vermont Gov. Phil Scott. The governors’ plan would cover state workers under a private contractor and could eventually be expanded to cover private sector workers.

In his budget speech Thursday Sununu touted his plan as sustainable.

But Republicans opposed the proposal saying it does not address the problem in a way that is sustainable and urged the Senate to wait until the governors’ plan is unveiled.

“This has always been a decision between an employer and employee,” said Senate Minority Leader and small business owner Chuck Morse, R-Salem. “How do they work through it?”

He predicted if the bill passes, businesses will adapt and they will turn to computers or not increase wages or benefits.

“Maybe 10 percent in New Hampshire will use it,” Morse said, “and the other 90 percent will pay for it.”

Several alluded to the funding mechanism as an income tax and suggested there are other ways to implement a program without mandating that every worker in the state participate.

“Competition makes people and companies strong. I don’t believe this is a bad program, I believe the method is bad,” said Sen. Bob Giuda, R-Warren. “This is a death penalty for a lot of small businesses.”

But Democrats argued the time is now and people who have waited for years who have had to choose between their job and their families have waited long enough.

Sen. Jeb Bradley, R-Wolfeboro, argued the data is not sound and he proposed an actuarial study be done before going forward with most of the program.

He also urged the senate to take a more bipartisan approach that worked with Medicaid expansion under the Affordable Care Act.

But Feltes defended the bill and said the simulation model for the program calling it an actuarial study.

“The majority of the Senate finance committee will call it what it is -insurance, like unemployment insurance,” he said.

Feltes described the assessment on employees as a payroll deduction “very much like unemployment insurance and workers compensation insurance.”

He said lawmakers believed they had agreed on a plan last session, but then at the last minute Sununu said he did not support it.

That angered Morse who said insulting the governor is not the way to go. “I am going suggest to the governor he veto this the day it goes to his desk,” Morse said. “It is wrong.”

The plan approved by the Senate would provide up to 12 weeks of paid leave at up to 60 percent of a worker’s salary. Under the bill, leave could be used for the birth or adoption of a child, to manage a serious illness or take care of a seriously ill family member.

A payroll tax of .5 percent levied on workers would fund the program and the Senate proposals would be mandatory for all companies that do not offer paid family or medical leave.

Feltes said the fee would be about $5 per week for the average employee.

The Senate voted down Bradley’s amendment on a 13-10 vote, and then approved the bill by the same vote down party lines.

The bill now goes to the House.

The House gave initial approval for the state to pay 15 percent of New Hampshire Retirement System costs for municipal and school workers. The bill will be reviewed by the House Finance Committee before the House takes final action.

The bill’s prime sponsor said the state contribution would restore a legislative promise made more than half a century ago that was broken during tough financial times for the state.

“Over the past decade, (that broken promise) cost cities and towns a half a billion dollars in revenue,” Rep. Renny Cushing, D-Hampton, said. “This is a first incremental step.”

Currently cities, towns and school districts pay the entire cost of employers’ obligations while teachers, police and firefighters pay a set percent of their salaries.

The state originally paid 35 percent of the cost for their employees but cut that back to 30 percent in fiscal year 2010, 25 percent in 2011 and then eliminated the subsidy in 2012 due to the state’s poor financial picture. However the legislature never removed the statute requiring the state’s contribution, Cushing noted.

Opponents said the additional funding is not sustainable under the state’s current revenue system.

Rep. Carol McGuire, R-Epsom, proposed an amendment that would reduce the statewide education property tax resulting in the same savings to property tax payers. She said her proposal would reduce taxes equally for everyone throughout the state and would do it immediately and directly.

But Cushing opposed the change saying it does not address the state’s broken promise.

The bill now goes to the House Finance Committee for review.

Senate Bill 5 would also appropriate $450,000 for emergency shelter and stabilization for those being treated for substance abuse.

“New Hampshire’s Medicaid Expansion program continues to be one of the best tools we have to combat the ongoing opioid and mental health crises in our state,” said the bill’s prime sponsor Sen Cindy Rosenwald, D-Nashua.

“By leveraging federal dollars as part of a 93/7 match to increase reimbursement rates for Medicaid providers for mental health services and substance use disorder treatment, SB 5-FN increases access to these services and ensures that New Hampshire providers can afford to provide the critical health services citizens in our state need and deserve.”

The Senate wants to increase the number of case workers in the Division for Children Youth and Families.

Concerns over the division’s handling of some well-publicized cases has led to the call for additional case workers who advocates say are overworked.

The House also approved a bill that would allow a proposed greenhouse project in Berlin to move forward. House Bill 635 would allow the city to accept a voluntary payment in lieu of taxes by the developer of the greenhouse, which would use a combined heat and power technology to grow plants.

Supporters said they did not want to stand in the way of the development.

However, opponents said allowing communities to enter into pilot program by statute would set a bad precedent and expressed concern the agreement would increase the tax burden to others in the community.