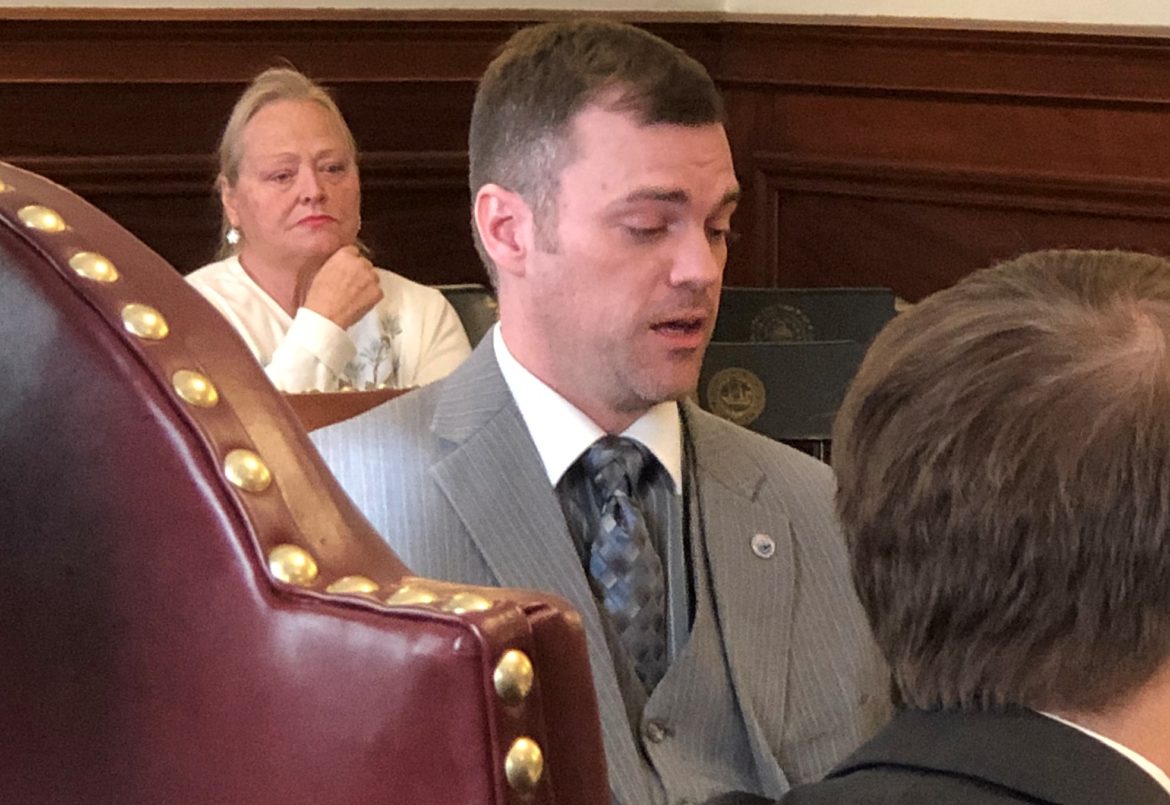 Joe Barton is pictured at the Governor and Council hearing on his pardon petition on Dec. 5.

CONCORD – GOP political operative Joe Barton was pardoned on a straight 3 to 2 party vote by the Executive Council at its regular meeting on Wednesday, Dec. 19.

There was some discussion about allowing a tape of the incident into evidence, but James Vara, chief of staff at the Attorney General’s Office, said the public hearing had been closed at the end of testimony at the Dec. 10 hearing and would need to be reopened and noticed to allow any additional comment or information.

With no further discussion, the council voted.  Democrats Chris Pappas and Andru Volinsky voted against a pardon, and Republicans Joseph Kenney, Russell Prescott and David Wheeler voted for it.

Barton was a GOP poll challenger in Newmarket during the 2014 election. When he challenged the credentials of a voter on election day, an inspector from the Attorney General’s Office responded. A scuffle ensued and Barton left the Newmarket Town Hall in handcuffs, facing four separate, but related criminal charges.

Three of the charges were dismissed, but Barton was convicted on one misdemeanor charge of resisting arrest. His appeal to the New Hampshire Supreme Court failed.

During his testimony on Dec. 10, Barton told the council that his arrest was politically motivated and that it never should have happened in the first place. He said he needed a pardon to keep a security clearance he needs to continue in his job as an engineer at the Portsmouth Naval Shipyard.

Corrections: The Executive Council hearing on Joe Barton’s pardon petition was held Dec. 10, not Dec. 5 as previously reported. Barton said InDepthNH.org was wrong in stating that he attended the Dec. 19 meeting.