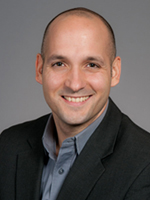 CONCORD – On Tuesday, in the first lawsuit filed by its new Immigrants’ Rights Project, the ACLU-NH sued the Exeter Police Department over its unlawful immigration enforcement practices.

This case was filed in the United States District Court for the District of New Hampshire.  The national ACLU Immigrants’ Rights Project and immigration attorney Ronald Abramson are co-counsel on the case.

As courts have repeatedly held, state and local law enforcement officers do not have the legal authority to stop, detain, search, or arrest any individual based solely on the officers’ suspicion that the individual is an undocumented immigrant.

The facts of this case are particularly egregious.  On August 10, 2018, Bashar Awawdeh helped the Exeter Police Department with its investigation of an alleged simple assault by providing translation services that enabled the Department to question—and ultimately arrest—a suspect.

The Department then unlawfully detained, seized, and arrested Awawdeh on suspicion that he was in the United States without documentation.  Awawdeh was held for approximately 90 minutes until an ICE agent arrived at the scene.

After ICE took Awawdeh into custody, he was jailed as an immigration detainee, away from his family, for 26 days until he was released on bond with the help of the ACLU-NH.  Prior to this presidential administration, Mr. Awawdeh would not have been detained in jail.

Unfortunately, many local police departments in New Hampshire—including Exeter, Salem, and Danbury—routinely assume the role of immigration enforcement by engaging in the unlawful detention of immigrants.  This practice is deeply harmful to public safety.

“When local police departments detain individuals simply due to their alleged undocumented status, they create an environment where these individuals—including victims of domestic violence—are afraid to call for help and report crimes,” said Gilles Bissonnette, the ACLU-NH Legal Director and co-counsel on the case.  “Local police departments need to be accessible to all members of the public, regardless of their legal status, to ensure public safety.  This is what this lawsuit hopes to achieve.”

The ACLU-NH’s lawsuit against Exeter can be found here: https://www.aclu-nh.org/sites/default/files/field_documents/awawdeh_v._exeter_complaint_and_exhibits.pdf

The police reports in the case can be found here: https://www.aclu-nh.org/sites/default/files/field_documents/criminal_police_report.pdf

The ACLU-NH’s letter to Salem can be found here: https://www.aclu-nh.org/sites/default/files/field_documents/salem_ltr._9.25.18_0.pdf

The ACLU-NH’s letter to Danbury can be found here: https://www.aclu-nh.org/sites/default/files/field_documents/danbury_ltr._9.25.18.pdf