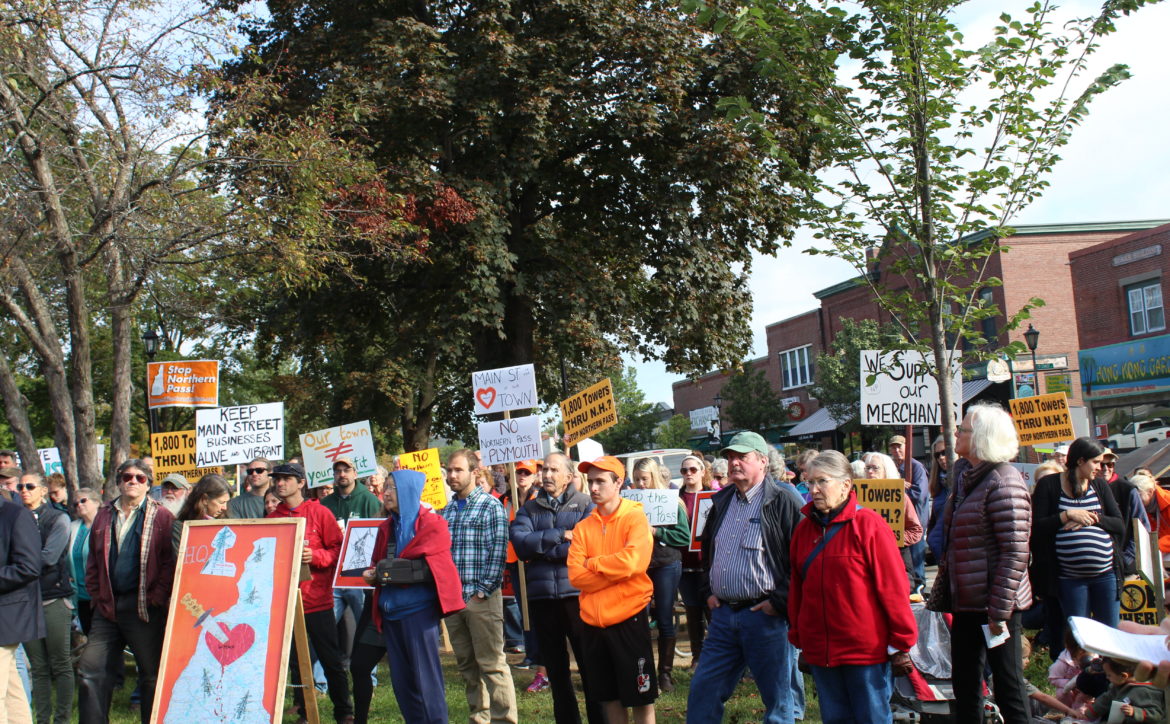 Eversource recently appealed to New Hampshire’s Supreme Court, contesting the Site Evaluation Committee’s (SEC) denial of Northern Pass. This appeal was expected by those in the NH community rights movement because when corporations don’t get the answers they want, they challenge the decision-making system, with only required consideration for the wishes of people affected by a proposed project.

This kind of corporate jockeying is par for the course in a state and federal decision-making system made up of a web of regulatory agencies that operate not to protect people and planet but to facilitate corporate applications like that for Northern Pass. Were the system truly designed to protect rather than to facilitate, local people affected by proposed corporate projects would sit at the decision-making table with real authority, not merely with permission to make token public comments regarding their local needs.

Corporations like Eversource take advantage of this clear imbalance in determining power. In the case of Northern Pass’s SEC process, Eversource condescended to communities all along the way. Anyone opposed was disregarded as biased—as anti-progress, anti-“clean energy,” anti-supposedly reduced energy costs and anti-jobs. Dismissed were the voices of the people on the ground who would feel the real effects of the project where they live—effects including long-term disruption of their human communities and the ecosystems therein.

True, people spoke out against Northern Pass despite their mere advisory capacity, and true, the SEC denied the project application. But the two are not correlated. The SEC did not deny Northern Pass because the people didn’t want it. Nor did the SEC deny it because it wasn’t good for New Hampshire’s people, economy, or environment. Had either been the case, the SEC would have denied Northern Pass long ago, for the people clearly and vocally haven’t wanted it for some 8 years.

The SEC denied the project because the application didn’t meet the required criteria. If the application had met all the criteria, then the SEC would have been legally obligated to approve it because the SEC, like all regulatory agencies, is in place to facilitate the operating of corporate projects. Period.

So, what happens when regulatory bodies like the SEC do in fact stall facilitation of a corporate permit? They are often intimidated by corporate developers who turn to bullying tactics, including using the courts in an attempt to overturn permit denials.  And history and experience show that these bullying tactics will result in the court ruling in favor of the corporation, thereby legislating from the bench on behalf of Eversource.

By embarking on this path, Eversource has demonstrated its willingness to continue ignoring the wishes of the people, and to dig into its pockets to override the SEC, an agency created by the legislature. Clearly, at every juncture, Eversource has shown it doesn’t care about the voices of New Hampshire community members.

What can people do in response? Firstly, we can recognize that we have 1) the inherent and inalienable right to protect our pursuit of life and protect our properties and 2) the moral responsibility to protect both local ecosystems and economies. Secondly, we can exercise this right and responsibility by way of adopting rights-based ordinances (RBOs). Almost a dozen NH communities have done just this to address proposed corporate harm.

According to NH Bill of Rights Article 10, these RBOs reform our government, rewriting our social contract with the corporate-state by protecting our human communities and ecosystems when our government is not doing so as NH Bill of Rights Article 3 says it must.  And by elevating rights of people and ecosystems above the ‘rights’ of corporations, these RBOs signal that business and corporations are welcome in New Hampshire communities, but only if they are innovative enough to recognize the need for this paradigm shift.

Residents up and down New Hampshire understand the need for local governing authority by way of RBOs, and they’ve given rise to a people’s movement calling for a state constitutional amendment to more clearly recognize the people’s right to self-govern for the protection of our human and natural communities’ health, safety, and welfare. The resulting NH Community Rights Amendment earned 1/3 of the New Hampshire House’s support in 2018 and will be back again. Visit www.nhcommunityrights.org or email info@nhcommunityrights.org to learn more.