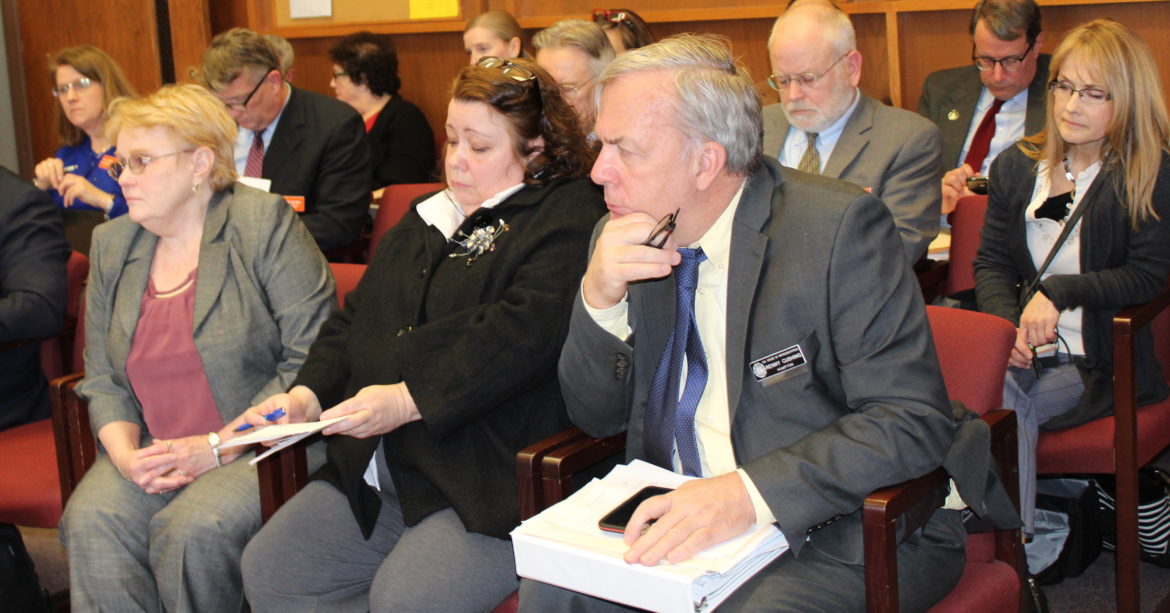 Melissa Sullivan is pictured seated between her mother, Judy Riley, and state Rep. Renny Cushing at a legislative hearing in March in Concord about the Secure Psychiatric Unit at the men's prison.

CONCORD – Melissa Sullivan was hoping to garner support from an elected official to oppose sending mentally ill people to the Secure Psychiatric Unit at the men’s prison when she emailed Rep. Marc Abear, but said his response was both shockingly inaccurate and insulting.

Sullivan, of Gilford, said Abear called her naive and indicated she didn’t know what she was talking about in his response Aug. 5. Abear, a Republican from Meredith, made excuses for the practice of locking up civilly committed people at the prison psych unit and made statements that were simply untrue, Sullivan said.

“I was so shocked. At worse, I thought he would say he had a different opinion. I didn’t expect to be called naive or chastised. I really felt he was being a bully,” Sullivan said in a phone interview, adding she has first-hand experience visiting her brother, Kasey Riley, who was civilly committed to the unit after being deemed not competent to stand trial in the murder of his roommate five years ago. 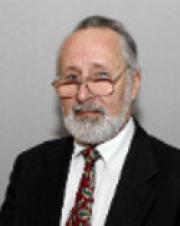 Reached by phone Wednesday, Abear laughed at Sullivan’s description of his email coming across as bullying. He said it was Sullivan’s email that seemed aggressive and confrontational.

It appeared to blame him for the state’s policy of housing civilly committed patients at the Secure Psychiatric Unit when they are considered too dangerous to themselves and others to be housed in the New Hampshire Hospital, the state’s psychiatric facility, Abear said.

A survey conducted by InDepthNH.org two years ago with a Fund for Investigative Journalism grant revealed that New Hampshire is the only state to incarcerate civilly committed mentally ill patients who haven’t committed a crime with convicted criminals who are mentally ill.

“Gee, I’m sorry. That was not my intention at all,” Abear said. “I do think she misunderstood me and she didn’t reach back.”

In fact, Sullivan did respond to Abear’s email, but he said he didn’t get it or if he did, hadn’t read it.

Abear said he would be happy to meet with Sullivan to discuss it further, but added he isn’t running for re-election so will not have a voice in any legislation during the next session. He isn’t running again because he has Stage 3 cancer, he said.

“The situation was created by the state a long time ago and she was pretty aggressive in her assertion that something needed to change because she thinks it should be changed,” Abear said.

In her first email to Abear, Sullivan didn’t mention that she has a master’s degree in social work, or that she and her family have visited her civilly committed brother at the Secure Psychiatric Unit every weekend for the past five years.

“I write to express my disturbance over the State of New Hampshire’s continued practice of sending people with serious mental illnesses who may be a danger to themselves or to others directly to a Secure Psychiatric Unit within the confines of New Hampshire State Prison for Men,” Sullivan wrote to Abear.

Sullivan went on to quote from a recent article on the Marshall Project’s website that said “men and women who have not been charged with a crime are dressed in prison jumpsuits, photographed and held in isolation up to 23 hours a day.

“…They are guarded by state corrections officers and can be shocked or held in four-point restraint – strapped to a bed by their arms and legs – if they refuse medication, relatives say.”

Sullivan told Abear: “The practice of imprisoning innocent would-be patients is an obvious denial of an individual’s rights and liberties. It is also inhumane.”

In his email response, Abear told Sullivan: “Your outrage is apparent. Your grasp of what is required to deal with these people is naive in the extreme.”

The Secure Psychiatric Unit has its own entrance and staff and the mentally ill people housed in the unit would require security wherever they are held, he wrote. The unit, referred to as SPU, does not commingle with the general population of the prison, he said.

“Third, as you put it, the residents of SPU are people with serious mental illnesses who may be a danger to themselves or to others directly. They must be isolated somewhere for the safety of the general public,” Abear wrote.

“… Have you taken the time to visit the facility you criticize? I have been (to) SPU enough times to understand your outrage is baseless,” Abear said.

He explained: “The residents of SPU are dressed in a specifically colored jump suit to
identify them. That provides them protection and alerts staff to
unintended events in progress. It has been scientifically determined that taking pictures of people sane or insane does them little harm and will be of great use in assisting their recommittal in the event of an inadvertent release. No one in SPU is held in isolation 23 hours a day unless by direction of the medical staff.”

“The security force works at the direction of the medical staff. What you assert would be malpractice,” Abear wrote.

Abear is retired and formerly worked as a corrections officer at the state prison’s Laconia facility before it closed. He said he wouldn’t discuss his prior employment.

Advocacy groups are to blame for fueling the debate in New Hampshire about commingling populations at SPU, he said, because they will benefit financially.

“I don’t have a solution. I haven’t really studied it,” he said. “It’s the people writing reports that have a dog in the fight and benefit monetarily.”

Rep. Renny Cushing, D-Hampton, offered his take on Abear in an email to Sullivan.

“Unfortunately, voters elect people to the legislature who fit the same profile as Rep. Abear—-candidates/office holders who take the Pledge to not spend any money on anything,” Cushing said.

Cushing has been pushing for years to prohibit incarcerating people who haven’t been convicted of a crime in the men’s prison because they are mentally ill. He expects more support during the next session as Sen. Kevin Avard, R-Nashua, and others are intent on stopping the practice.

Sullivan’s brother, Kasey Riley, 26, was accused of second-degree murder in the death of his roommate Zachary March by strangling him in Laconia when Riley was 19. Riley was deemed not competent to stand trial and civilly committed to the Secure Psychiatric Unit.

Sullivan said her parents adopted Riley as an infant and he has been treated for mental illness for most of his life. Riley had just been released from the New Hampshire Hospital a few days before the incident in which he killed March during a fight.

Riley has Asberger Syndrome and has been diagnosed with psychotic disorder, she said, adding he has spent most of his life in institutions. His family always stayed close and remember how well he did while a patient at the New Hampshire Hospital. They visit him every Friday and Saturday and frequently talk on the phone.

“There are a number of other factual points that you have misstated and I
find your tone dismissive and condescending,” Sullivan wrote to Abear in her second email.

“I am deeply saddened that as a constituent I have reached out to you only to be chastised about a subject that I am all too familiar with,” Sullivan said. “We simply want the injustice of the treatment of the civilly committed housed in a prison to stop.

“I won’t bother you again.”