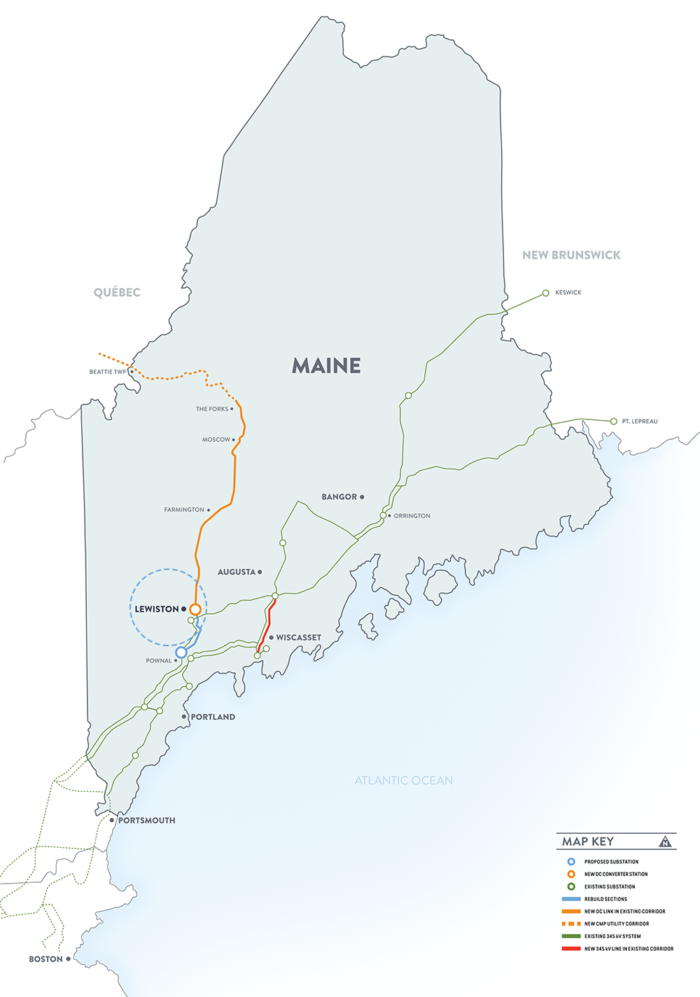 Contracts between the clean energy transmission project that replaced Northern Pass when it was turned down by New Hampshire regulators and Massachusetts electric distribution companies were submitted to Bay State utility regulators on Monday for final approval.

The Massachusetts Department of Energy Resources reviewed the contracts with the three major distribution utilities — Eversource, Unitil and National Grid — before recommending them to the Department of Public Utilities. That’s the final step in the process that began several years ago through the Mass. Clean Energy Project legislation to encourage the development of renewable energy.

Northern Pass was originally selected as the transmission provider for the Massachusetts Clean Energy project by the Department of Energy Resource along with an independent evaluator when the three distribution companies failed to agree on one proposal.

Two of the companies chose Northern Pass Transmission, while the other distribution company chose New England Clean Power Connect, according to a document filed Monday by Robert Hoaglund II, general counsel for the DOER.

However, the Maine project was chosen in March after Northern Pass failed to secure the necessary permits for the 192-mile transmission line from Pittsburg to Deerfield, according to Hoaglund.

On Feb. 1, the New Hampshire Site Evaluation Committee voted 7-0 to deny Northern Pass Transmission’s application for the $1.6 billion project. It said developer Eversource failed to meet its burden of proof the project would not unduly interfere with the orderly development of the region, one of four criteria necessary to grant approval for a major utility project.

Negotiatons on a 20-year Massachusetts contract were to be finalized by the end of April but were extended due to the change in transmission companies and late winter storms.

The Maine project is currently before utility and environmental regulators in Maine and has drawn opposition from some environmental groups, particularly a plan to cross Kennebec River Gorge in a remote area along the 145-mile route from Canada to Lewiston where it will connect to the New England electric grid.

Several months ago the project announced an agreement with Western Mountains and Rivers Corp., a Somerset County non-profit to provide about $22 million in conservation and education efforts.

Two-thirds of the Maine line is along a right-of-way controlled by Central Maine Power, with about 50 miles through what has been described as virgin forest.

The project moved through the Maine regulatory process fairly quickly until CMP was awarded the Mass. Clean Energy bid. Since that time a number of groups, including electric generators, other utilities and environmentalists have intervened in the proceedings to oppose the project.

AVANGRID, Central Maine Power’s parent company, told investors this spring project construction would begin in 2019 and be completed in 2022.

One of the key reasons Northern Pass was selected for the Mass. Clean Energy project was the transmission line’s 2020 completion date, the target in the Massachusetts law establishing the clean energy project.

New Hampshire regulators in May turned down Northern Pass’s request to reconsider its decision to deny the project. The SEC issued its written order July 12 and Eversource has 30 days to appeal the decision to the state Supreme Court, which the company says it will do.

Company officials recently reiterated their support for the project and said they intend to continue  working for its eventual approval.

The Supreme Court case is expected to take about a year before the court issues a final order.