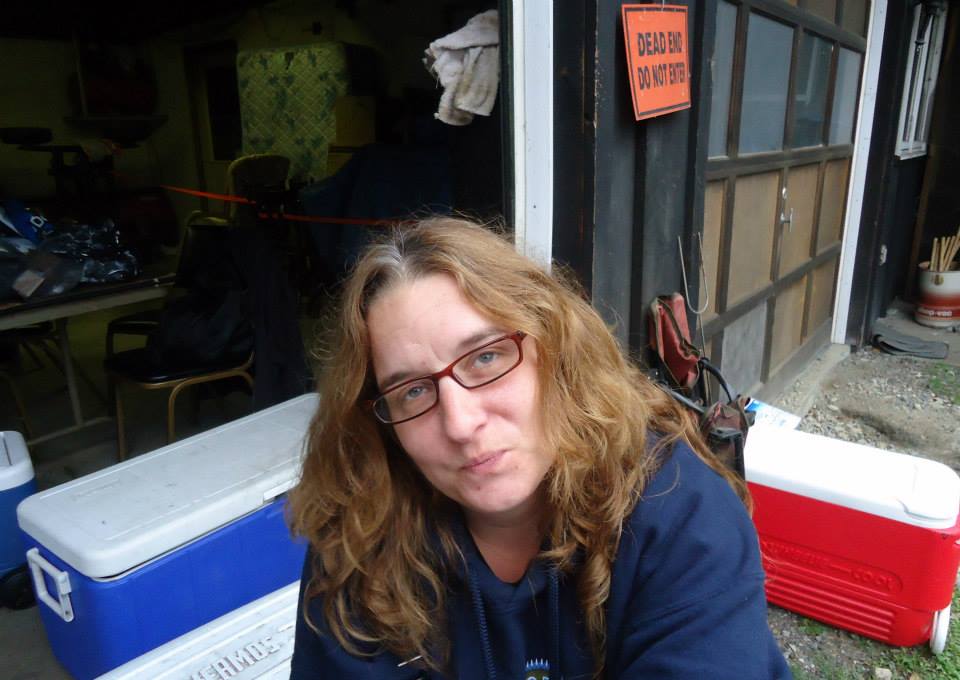 Nancy Heath of Milan is fighting for guardianship of her son Anthony.

Nancy Heath of Milan is fighting to keep legal guardianship of her adult son, Anthony Heath, who has been locked up for about two years in the Secure Psychiatric Unit at the men’s prison in Concord after being found not competent to stand trial.

At a confidential Probate Court hearing on June 7, the state is expected to argue that guardianship should be transferred to the Office of Public Guardian, which would mean Heath would have no further input on his treatment. She wants him transferred to a certified psychiatric hospital.

“They are arguing that my son is hostile with me and bullies me,” Heath said.

But that’s just the way they talk to each other, she said. Heath also denies refusing to allow him to be medicated and says she now has proof the state violated the law against monitoring patients’ phone calls.

“I agreed to medication, I will not however allow the staff at the SPU to pump my son Anthony full of injectable psychosis medication. I am not allowing such treatment because Anthony is not in an accredited hospital.  Anthony is in a prison! There is no other word for it,” Heath said in a written complaint sent to the Department of Corrections and others, including InDepthNH.org.

Anthony Heath, 31, was involuntarily committed for five years as being not competent to stand trial for a first-degree assault and a second-degree assault charge in separate incidents in 2015. The charges have been dropped, but Heath said they could be reinstated in the future.

Heath said she recently obtained proof that the state violated New Hampshire RSA 151 Patients’ Bill of Rights in its quest to oust her as guardian because it sent her more than 300 pages of printed transcripts of recorded phone calls with her son that she expects will be used against her in court.

The Patients Bill of Rights says patients shall be free to communicate and associate with and meet privately with family and groups and receive unopened personal mail.

“The patient has the right to have regular access to unmonitored use of a telephone,” the law states.

After recently demanding his medical records, Heath said she discovered that Anthony was tasered and placed in four-point restraints for a non-emergency blood draw that she had requested in 2016.

Heath wanted the blood drawn before he was medicated to make sure he didn’t have any undiagnosed health problems, she said.

“Tazing my son was excessive force! What if my son Anthony did have an unknown medical condition? I requested the medical test because health issues such as heart problems run in my family,” Heath wrote.

“My son Anthony is prisoner in a prison, when he should be a PATIENT of a hospital!  My son is mentally ill and is being treated as a lesser person,” Heath said in her written complaint.

Her son has been cooperative at the unit and orally takes Zyprexa and Prozac, she wrote.

Jeffrey Lyons, spokesman for the Department of Corrections, said he couldn’t discuss Anthony Heath’s case because of confidentiality rules.

Lyons said all phone calls at the Secure Psychiatric Unit and throughout the prison are recorded, but not monitored. The recordings are examined if the prison investigative unit suspects some kind of illegal activity or threats, Lyons said.

The use of tasers and pepper spray on patients and inmates is allowed, Lyons said, but only in very volatile or dangerous circumstances and lesser means of compliance are always used first. The patient or inmate is always warned before the use of pepper spray or being tazered, Lyons said.

The Secure Psychiatric Unit at the prison has been under scrutiny for housing people who haven’t committed a crime, but are too dangerous to be housed at the New Hampshire Hospital, along with those deemed incompetent to stand trail and those found not guilty by reason of insanity along with convicted criminals who have a mental illness.

Heath said she has been fighting for her son since she gave birth to him when she was 15 years old. Her family thought it would ruin her life to have a baby so young.

“Tony was the reason that I was alive,” Heath said. “I don’t know what I would have done without him. He was my world.”

The fight got harder when Anthony started showing signs of mental illness in his late teens and early 20s and later became disabled due to mental illness, she said.

Now the newest battle to retain legal guardianship over him seems overwhelming at times. She made her living in telemarketing and sales before becoming disabled and she can’t afford a lawyer to represent her, Heath said.

Heath concedes her son takes out his frustrations on her on the phone, but she won’t stop fighting for him.

“I’m the only one he has,” Heath said. “They have no right to take my son away from me.”