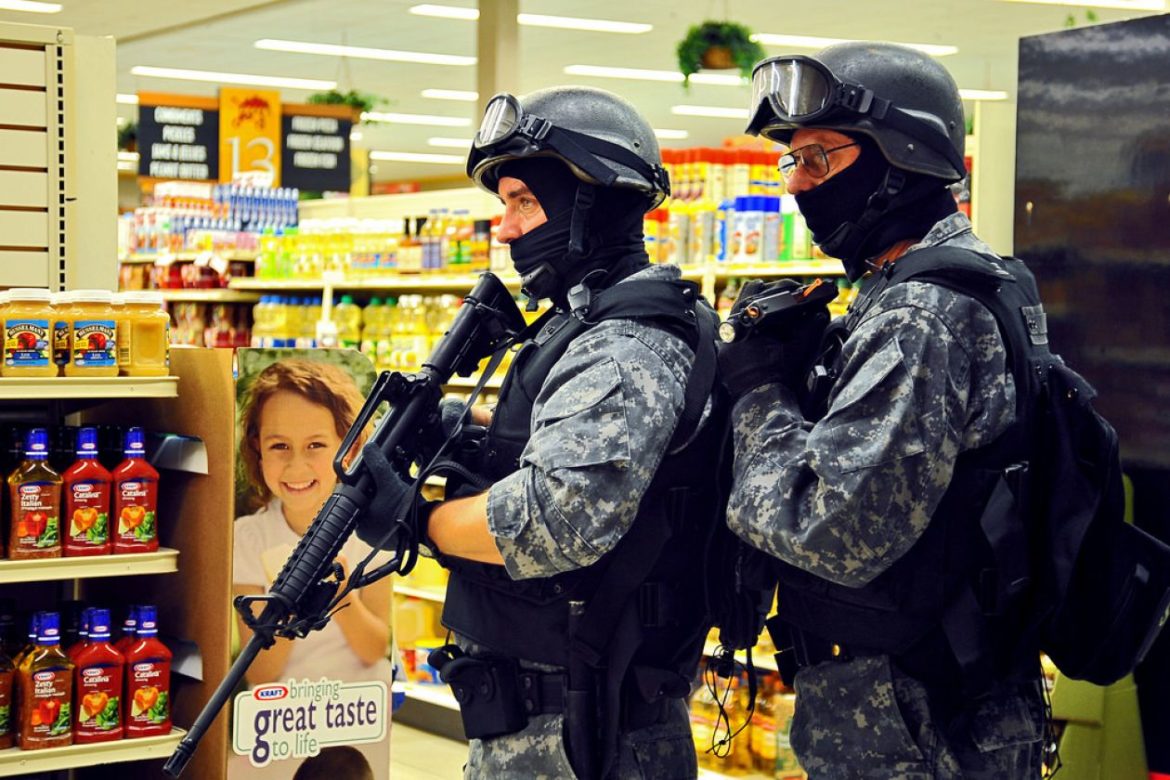 The United States has spent a lot of money on counterterrorism since the 9/11 attacks. But nobody has been keeping good track of just how much, until now.

A bipartisan group of national security and budget experts convened by the Stimson Center estimated in a new report on May 16 that the cumulative tally is at least $2.8 trillion, and that the annual spending rate — while less than it used to be — still amounts to about 15 percent of the nation’s discretionary budget.

The pace has slowed since 2008, when counterterrorism expenditures by the State, Defense, Homeland Security and other federal departments reached an estimated $260 billion — or 277 percent more than the rate in 2002, the report said. In 2017, that annual spending rate stood around $175 billion.

But there’s still a lot of uncertainty surrounding these tallies, partly because no one in the government is assigned to produce an official account of all that spending. And it’s clear that what can be gleaned from public documents about U.S. counterterrorism activities doesn’t include classified spending, and also that some military, intelligence and domestic security spending lies in a gray zone with multiple purposes.

Luke Hartig, one of the report’s authors and a former senior director for counterterrorism at the National Security Council under the Obama Administration, suggested at a panel discussion at the Stimson Center that the absence of transparency was partly deliberate.

“Transparency would force harder questions about appropriations” from Congress, Hartig said. While the relatively low number of attacks and casualties does not equate to a tiny threat, Hartig said, “it still merits the question of whether $2.8 trillion is the optimal amount of resources it takes to mitigate that threat.”

The authors of the report raised this issue in the text, noting that since 9/11, only 100 people have been killed by Muslim extremists or jihadists inside the United States, while more than 20,000 fentanyl-related (opioid) deaths occurred in 2016 alone.

“Some analysts conclude that spending $2.8 trillion to counter a terrorism threat that has resulted in comparatively few fatalities is a waste of increasingly scarce government resources that are better spent elsewhere,” the report said. “Others may contend that terrorism’s impact is more psychological than physical, or that the low fatality count from terrorism and the lack of another 9/11-scale attack” suggest the money has been well spent.

“While the Stimson study group does not take a stance in this debate, it does conclude that arguing either case successfully — that is, determining whether CT [counterterrorism] expenditures have generated enough benefit to justify their cost — is difficult without accurate information about CT spending,” it added.

The group recommended that the White House budget office be tasked with developing a comprehensive counterterrorism spending tally, using clear terms and definitions to delineate what qualifies and what does not. “Taking these actions will help to ensure that CT spending is targeted toward programs that are most effective in confronting the terrorist threat,” they said.

Besides Hartig, the other members of the group were Amy Belasco, a former defense policy specialist at the Congressional Budget Office; Mackenzie Eaglen, a defense specialist at the American Enterprise Institute; Tina Jonas, a former Defense Department comptroller; Mike McCord, another former Defense Department comptroller; and John Mueller, a senior fellow at the Cato Institute.

U.S. involvement in Afghanistan isn’t bringing peace or prosperity there