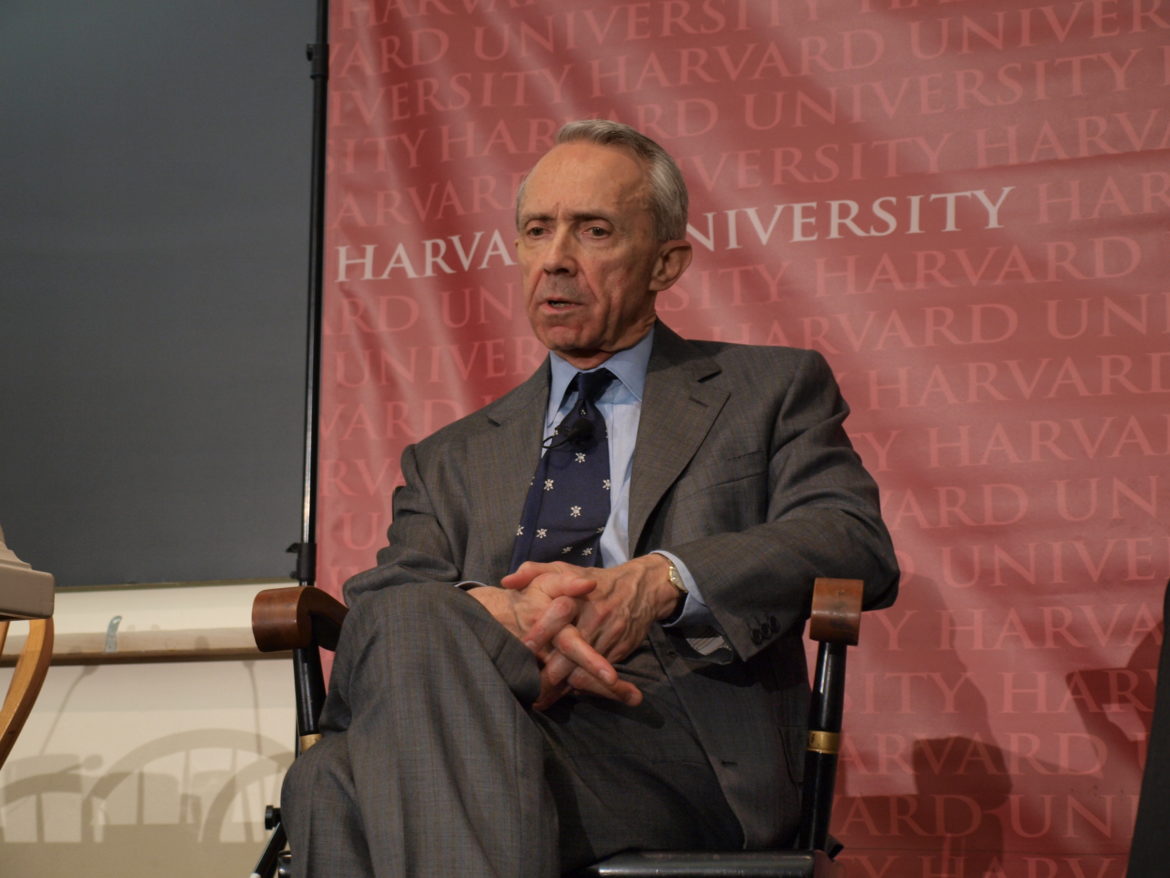 David Souter is my hero.

The date was August 5, 1988.  Public Service Company of New Hampshire (PSNH) had recently declared bankruptcy, the first electric utility in the U.S. to do that since the Great Depression.  The crushing debt and massive cost overruns associated with the Seabrook nuclear power plant had sucked PSNH dry.

But even bankrupt utilities must still operate. And so there was the matter of PSNH’s requested rate increase.

A key component of any rate case at the Public Utilities Commission (PUC) is return on equity (ROE).  The PUC must decide, in essence, what interest rate will fairly compensate the utility’s investors in light of how risky it is to own a piece of the company.  As with any investment, higher risks mean higher returns.

The PUC had awarded PSNH a whopping big ROE of 15 percent.  PSNH appealed, claiming it was entitled to a truly gargantuan return of 19 percent in light of the ongoing carrying costs of a Seabrook Station that was still awaiting an operating license fifteen years after PSNH had started the project.

Justice Souter was having none of it.

PSNH, he ruled, had made the “erroneous assumption” that under the law governing monopoly utility rates “a rising probability that risk will be realized must be followed indefinitely by a rising rate of return to the investor upon whom the loss may fall.”

To which Justice Souter added words that should be chiseled into the entablature of the PUC’s headquarters on Fruit Street in Concord.  “Such logic,” he wrote, “would provide the investors not with a reasonable rate of return but with plenary indemnification, for the ultimate consequence of automatically raising the return as the prospects for recovering the investment fell would be nothing less than the shifting of the entire risk from the investors to the ratepayers.”

Plenary indemnification.  That phrase kept ringing in my ears as I read the latest opinion about PSNH – now part of the Eversource utility empire – from the New Hampshire Supreme Court.

On May 22, the state’s highest court flipped the PUC and ruled in favor of PSNH with respect to a contemporary variation on the “plenary indemnification” theme.  At issue was the Electric Industry Restructuring Act – legislation adopted in 1996 as a response to the Seabrook debacle.

Under the Restructuring Act, PSNH was obliged to sell off its interest in Seabrook and, eventually, the rest of its generation fleet.  But utilities are eternally itchy to invest their capital in new toys.  And who can blame them?  That’s how they make their profits – under the established rate-setting formula, it’s a matter of multiplying the value of those toys by the ROE.

In 2016, PSNH asked for permission to buy a new kind of toy – specifically, an interest in a proposed interstate natural gas pipeline project across southern New England known as Access Northeast.  The PUC ruled that granting such permission would be inconsistent with the Restructuring Act.

We argued – and the PUC agreed – that the primary purpose of the Restructuring Act was to put an end to plenary indemnification once and for all by relieving ratepayers of any risk that investments in generation facilities, including their fuel sources, would not pan out.  After all, customers have paid dearly for bad investments made by PSNH, from Seabrook all the way to the mercury scrubber added  to the coal-fired Merrimack Station in Bow just a few years ago when it was still owned by PSNH.  Have we not suffered enough?

As a public servant who needs to know what the law is, I can only be grateful to the New Hampshire Supreme Court for clarifying that the Restructuring Act, as presently on the books, is actually not about risk.  Rather, ruled Chief Justice Robert Lynn in his majority opinion, “the primary intent of the legislature in enacting [the Restructuring Act] was to reduce electricity costs to consumers.”

In dissent, Justice Gary Hicks accused his colleagues of losing sight of the forest for the trees.  “The legislature sought to reduce electricity costs, to be sure, but sought to do so by restructuring the industry to introduce competition into the market for electricity generation,” Justice Hicks wrote.

Justice Hicks added – citing precedent from both the U.S. and New Hampshire supreme courts — that even if rate relief was truly the chief purpose of the Restructuring Act, one should not simply assume that “whatever might appear to further the statute’s primary objective must be the law.”  It’s now up to the Legislature to clarify that the primary objective of restructuring is to vindicate Justice Souter and the “no plenary indemnification” principle.

Alas, it may have to seek that clarity amid the fog of war – specifically, the endless fight over Eversource’s controversial Northern Pass transmission project.

Neither Chief Justice Lynn’s majority opinion nor Justice Hicks’ dissent mention Northern Pass.  But the official reaction from Eversource, and the public discussion of the decision, have all centered on the transmission line recently rejected by the Site Evaluation Committee (SEC).

Here’s why:  Northern Pass, as presented to the SEC, involved electricity to be produced by Hydro Quebec and sold in Massachusetts.  No costs would be paid by New Hampshire customers but few benefits would go to us either.

PSNH had sought to reserve 100 megawatts of on-peak energy from Northern Pass to benefit New Hampshire customers, but the PUC said this would violate the Restructuring Act for the same reason the Access Northeast pipeline deal did.  Since the PUC was wrong about Access Northeast, those 100 megawatts of Northern Pass are now ostensibly back in play.

If Eversource is serious about leveraging its Access Northeast legal victory to resurrect Northern Pass, it should make the terms of the 100 megawatt deal public. And it should publicly guarantee ratepayers will come out ahead.

What a mistake it would be to force this state’s long-suffering electric ratepayers to bear business risks that properly belong to those who would invest in transmission lines, natural gas pipelines and generation facilities.  Justice Souter was right about the evils of plenary indemnification 30 years ago.  It is still good law today.