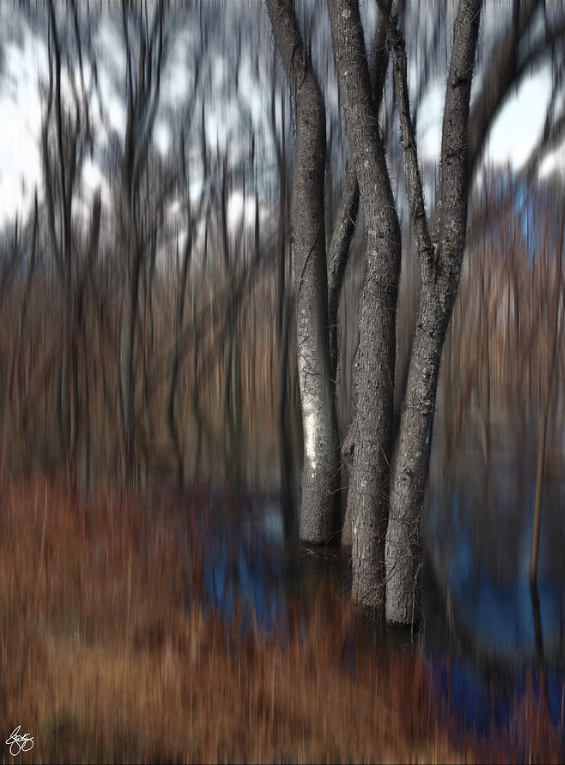 Spring Colors In A Floodplain Forest is a photograph by Wayne King which was uploaded on May 24th, 2014.

The gig economy is the term on the tip of the tongues of commentators and analysts these days. It’s a very broad term that describes both the increasing tendency of employers to hire independent contractors and short-term workers rather than add new full-time employees, and their accompanying taxes and benefits, to their workforce. 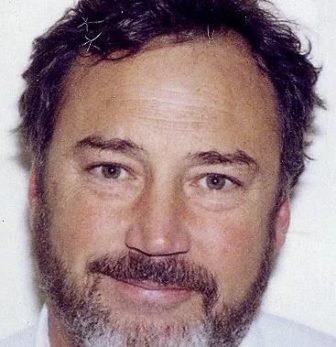 Wayne D. King of Rumney writes View From Rattlesnake Ridge and is also an author/photographer and recovering politician.

It also describes a range of individuals who, by choice or necessity, build an income around work that is self-directed and without both the benefits and the downsides of a traditional job. A gig job may be a sole source of  income or performed in addition to a traditional job that doesn’t generate the income necessary to either the needs or the financial aspirations of the person involved.

The gig economy may seem to be a new phenomenon to many, but to folks who live in the shadow of Rattlesnake Ridge, it’s been a way of life for a long time. When my friend Micky Lewis, whom you’ve met in this column before, delivers wood to my home in the middle of the winter, between snow plowing gigs, he’s supplementing work as a contractor that comes and goes with the vagaries of the economy and the real estate market among other variables.

Now this is the life that Micky has chosen, but for many such work comes as a necessity. The trade off that many of us made to live here is that well paying jobs tend to be less available here.

So now the phenomenon has spread throughout the economy and we have a name for it, possibly named from the well-known phrase, “I’ve got a side gig doing . . .you finish the sentence.”

The gig economy is not well defined. In fact, to date, no formal definition has been established even for the terms “gig economy” or “gig worker.” Furthermore, statistical information that really measures the number of people engaged in the gig economy is nowhere near the level of sophistication as those who are employed in the full-time labor market. The Bureau of Labor Statistics has stubbornly clung to measuring three things: “Farm employment, non-farm employment and employers, there just aren’t that many gradations for job categories beyond that except by industry” according to the most comprehensive research on gig jobs I have found at Nation1099.com (see below).

There are some understandable reasons for this. After all we are trying to measure not only those who make their entire living putting together gigs, both online and offline, as well as the people who have a job but supplement it with gig jobs; and those who label themselves consultants. In an effort to attempt to get a handle on this part of our economy the GAO issued a report in 2014 and could not decide whether the portion of workers that BLS defined as “Contingent Workers” represented 5% or 40% of the workforce.  It is estimated that as much as 90% of the jobs added since 2015, encompassing all three of these, have been gig jobs. 47% of millenials, who make up the largest portion of the workforce, according to surveys, are engaged in some level of freelance work.

A few other instructive bits of data are worth considering:

Among the trends nationally that will have the greatest impact on the number of people in the gig economy is the alignment of small business growth and gig economy growth. These days when most people think of the gig economy, they think of big companies like Uber, Lyft, AirBNB, etc. but one of the fastest growing area of gig job growth is new and expanding small businesses who find it easier and more affordable to hire freelance workers than to add individuals to their payroll.

All of the trend lines indicate that the gig economy is here to stay. It will bring massive change, massive opportunity and massive disruption to the economy and our lives, making it both exciting and dangerous, particularly when combined with another trend in business, exchanging technology for labor.

Many economists, futurists and other prognosticators predict that by 2020 almost half of the entire labor force in the U.S. will be employed within the gig economy. That’s the same year, by the way that many say we will begin to see massive disruption in the largest source of individual employment, drivers as driver-less trucks and automobiles begin the process of what very well may become a driver-less society by 2050.

Now, the good news and the bad news. First, most people who are employed in some way in the gig economy indicate a high degree of satisfaction. Varying polls show a satisfaction rate of as much as 75%. They enjoy the flexibility and the freedom that it provides for them.

The bad news is that almost all of the people employed in the gig economy are within the middle class strata of society. Very few of the working class and poor, whom I have referred to as the Precariat, are currently engaged in this sector of the economy. Where there is massive income disparity between the wealthy and everyone else already, this threatens to make the problem even worse.

Furthermore most jobs within the gig economy have no benefits and therefore fall outside of the social safety net that we have constructed since the Great Depression.

Meanwhile, Trump Tweets, the Republicans hide and the Democrats are gleefully looking to 2018 without a clue of what they will do – other than to hold impeachment hearings –  if they take over the control of the House and/or the Senate. Granted, the Democrats have no power within the government but they could be setting an example by telling us what they would do if they did.

It may be that their relationship with labor – which in fairness was largely responsible for building the middle class in this country – has paralyzed them. Labor has already been through a dramatic decline in America and they are fighting to maintain their clout. The gig economy represents an existential crisis for them.  Unless the labor movement comes up with some new approaches to organizing, their days are numbered.

Here’s the problem in a nutshell, while we have moved to Workforce 2.0 in the global economy our governance is still stuck in Democracy 1.0 and Capitalism 1.0 and that is a real and growing problem. If I were advising an insurgent Republican candidate or an Independent candidate for president I’d tell him or her to adopt a radical centrist agenda that spoke to the greatest threats to American economic stability and democracy. Go Big or Go Home as they say.  It would take a whole lot of guts and it would be a high-risk strategy. It might also be the first real step toward righting the ship of state and saving both capitalism and democracy.

About Wayne D. King: Wayne King is an author, artist, activist and recovering politician. A three-term State Senator, he was the 1994 Democratic nominee for Governor and most recently the CEO of MOP Environmental Solutions Inc., a public company in the environmental cleanup space.  His art is exhibited nationally in galleries and he has published three books of his images. His most recent novel “Sacred Trust” a vicarious, high voltage adventure to stop a private powerline has been published on Amazon.com as an ebook with the paper edition due soon. He lives in Rumney at the base of Rattlesnake Ridge. His website is: http://bit.ly/WayneDKing