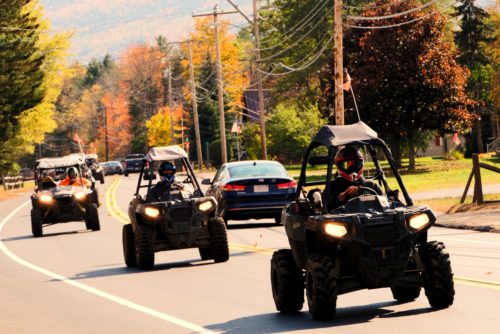 Polaris Industries has agreed to pay $27.25 million – a record penalty – to settle charges that it failed to immediately notify federal officials about a fire hazard on its recreational off-highway vehicles that regulators have linked to at least one death and more than 180 fires.
The federal Consumer Product Safety Commission, in announcing the settlement today, said the top off-road vehicle maker didn’t alert the agency when it learned that about 226,500 of its vehicles “contained a defect that could create a substantial product hazard”–namely, a risk of catching fire.

The CPSC said the Medina, Minn.,-based company failed to disclose the problem, as required by federal law, until after it already received reports of the more than 180 fires. One of those fires caused the fatality cited today by the agency, which took the life of 15-year-old Baylee Hoaldridge in Utah. She died after being badly burned in July 2015, when a Polaris RZR in which she was a passenger tipped over and caught fire.

In its announcement, the CPSC also cited 11 cases of burn injuries, as well as a blaze that charred a 10-acre site.

As FairWarning reported in February, the actual toll linked to the faulty trail machines, commonly known as ROVs or side-by-sides, includes at least two other deaths – two Arizona women who were killed in September 2016 when their Polaris Ranger tipped over and caught fire. The circumstances of those two deaths remain under investigation, and more recalls are possible.

Polaris did not admit any wrongdoing in the settlement and, in its news release, the company offered no apology for the casualties or fires. It said Polaris “remains vigilant and focused on continually learning and bolstering its safety and quality practices.”“Rooted in our long-standing commitment to our customers and dealers is our guiding principle of ‘safety and ethics always’ and a drive to continually grow and improve as a company, and we have,” said Scott Wine, Polaris’ chairman and CEO.

The CPSC voted 4-0 to approve the settlement, the largest in the agency’s history, with Chair Ann Marie Buerkle, a Republican, joining three Democratic appointees in the decision. “It shows that the commission is still committed to enforcing the law in a firm but fair manner, and I was delighted that all of my colleagues joined in supporting the civil penalty,” said Commissioner Robert S. Adler.

Rachel Weintraub, general counsel for the Consumer Federation of America, which had pressed the CPSC to act, praised the settlement announcement. “When there is particularly egregious conduct and the CPSC holds companies responsible for the conduct … that is how our enforcement agencies are supposed to work.”

The charges resolved today involve 133,000 of the company’s 2013-2016 RZR 900 vehicles and 2014-2016 RZR 1000 models. The CPSC said Polaris failed to alert it after receiving information that the RZRs “could catch fire while consumers were driving.

Consumer advocates previously have said Polaris has not acted quickly enough to recall vehicles and the federal regulators have not been aggressive enough in investigating and requiring recalls.

Most of the roughly two dozen Polaris recalls have involved the increasingly popular off-road models known as side-by-sides or ROVs. Unlike all-terrain vehicles, or ATVs, which have been around much longer and are straddled like motorcycles and have handlebars, ROVs come with steering wheels and seats for two or four, and often are used for family recreation.

Today’s announcement came 13 years after Polaris paid $950,000 to resolve previous charges by the CPSC that it delayed reporting serious safety problems. It did not admit to wrongdoing in that case either.

Stuart Silverstein and Myron Levin contributed to this story.