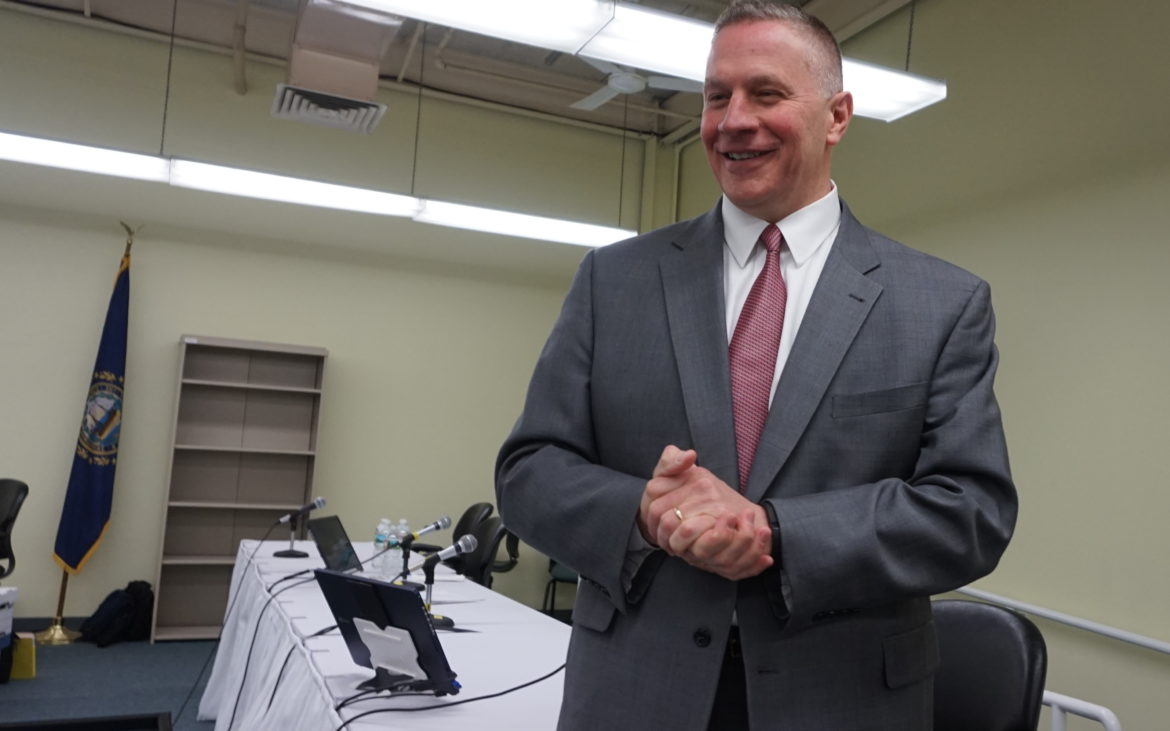 CONCORD — Massachusetts electric distributors decided Tuesday night to end negotiations with Northern Pass Transmission and turn solely to Central Maine Power to deliver Hydro-Quebec electricity to the Bay State for its clean energy project. The decision, however, does not mean Eversource is abandoning the 192-mile, $1.6 billion, 1,090 megawatt transmission line from Pittsburg to Deerfield.

In a statement released Wednesday morning, the company said, “We remain committed to the success of the project, and will pursue all options for making it a reality.”

The company said it understands the decision by the electric distribution companies including its Massachusetts Eversource affiliate to terminate negotiations given the delays in the New Hampshire permitting process. The state Site Evaluation Committee on Feb. 1 voted 7-0 to deny Northern Pass’ application saying the project would interfere with the orderly development of the region, impacting businesses, tourism and home values.

“Despite recent delays, we continue to believe that Northern Pass is the best project for the region and New Hampshire, and we intend to pursue all options for making it a reality,” according to the Eversource statement.

Project developers and intervenors are waiting for the Site Evaluation Committee to issue its written decision by the end of this month.

Eversource will have 30 days to ask for reconsideration and if that is turned down has said it will likely appeal the decision to the state Supreme Court.

Opponents of the project say with the Massachusetts decision it is time for Eversource to face reality and drop the project that has been opposed by most communities, residents, businesses, environmentalists and municipal officials along the route.

“It’s time for Eversource to drop this failed project,” said Judy Reardon of Protect the Granite State, an organization opposing the project. “The people of NH clearly oppose this giant extension cord across the state to bring power to Massachusetts. It’s time to move on.”

Susan Schibanoff of Easton has opposed the project since its inception and said it is time to listen to the opposition as Massachusetts has done.

“It’s encouraging to see that Massachusetts finally listened to what the people of New Hampshire have been saying about Northern Pass for years” Schibanoff said. “Hopefully, this experience will promote genuine consideration of community views early on in future RFP solicitations.”

The project is not without its supporters including labor unions whose members would work on the project, business groups including the Business and Industry Association and the Greater Manchester Chamber of Commerce that seek lower electric rates, as well as small business owners particularly in the North Country who would benefit during construction.

Of the project’s 31 host communities, only Franklin and Berlin supported the project, and Berlin’s support was conditioned on how money from the the Forward New Hampshire economic development fund and the North Country Job Creation Fund would be distributed.

“Eversource and Hydro-Québec remain committed to the success of the project. No other project has obtained the necessary approvals from federal permitting authorities in the U.S. and Canada, and secured agreements with major contractors and the IBEW,” Eversource said in its statement.

The project has obtained all of its United States and Canadian permits, with three exceptions: the SEC, the U.S. Forest Service Special Use Permit, and the U.S. Army Corps Section 404 Permit. 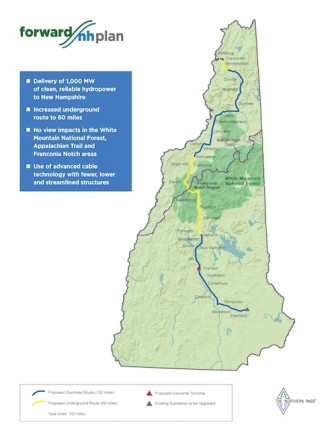 “It is because of these achievements that Northern Pass was originally selected as the top bid in the Massachusetts Clean Energy solicitation,” according to the Eversource statement.

The Society for the Protection of New Hampshire Forests opposed the project saying it should be buried along the I-93 corridor instead of along state and town roads in the North Country.

“Massachusetts came to the only logical conclusion, that Northern Pass won’t be built through New Hampshire, and isn’t an option going forward,” said Forest Society spokesman Jack Savage. “The extension cord is now unplugged. The likelihood of Northern Pass as proposed finding a path forward in New Hampshire is slim to none. To think ‘No’ means anything other than ‘No’ is corporate wishful thinking.”

Originally Massachusetts energy officials named Northern Pass as the only one of 46 bidders to begin negotiations with the distributors, but within a week, the New Hampshire Site Evaluation Committee denied Northern Pass’s application.

After that decision, the Massachusetts clean energy bid selection committee decided to continue with Northern Pass, but to also negotiate with Central Maine Power, whose plans also include transporting 1,200 megawatts of Hydro-Quebec electricity to Massachusetts to help meets its clean energy goal established in law two years ago.

One of the three major distribution companies in Massachusetts is Eversource. The others are National Grid, which submitted its own proposal for the Massachusetts Clean Energy Project, and Unitil.

Hrdro-Quebec said it will continue negotiations to provide the power for the Massachusetts project with Central Maine Power.

“We are completely satisfied with our approach to this request for proposals,” the statement said. “Hydro-Québec partnered with three recognized proponents who presented three transmission projects.”

Hydro-Quebec also said it believes Northern Pass is a sound project and “could very well come to fruition in the coming years.”

After the Site Evaluation Committee rejected Northern Pass’s application, company official asked the SEC to vacate its decision denying the application and to resume project deliberations.

Once the written decision is issued, Northern Pass will have 30 days to ask the SEC to reconsider its decision.

As of Dec. 31, Eversource had spent $277 million on Northern Pass including $2 million for the Counsel for the Public and its experts, more than $1 million to the Department of Environmental Services for permit fees and $600,000 to the Site Evaluation Committee in applications fees, according to Northern Pass spokesman Martin Murray.

The negotiated contracts between Central Maine Power and the Massachusetts distributions utilities — if it is successful — will be presented April 25 to the Massachusetts Department of Public Utilities for final approval.

The Central Maine Power project is currently before regulators in Maine. The New England Power Generators Association recently asked to intervene in the project.

A decision on the Maine proposal is expected in September.