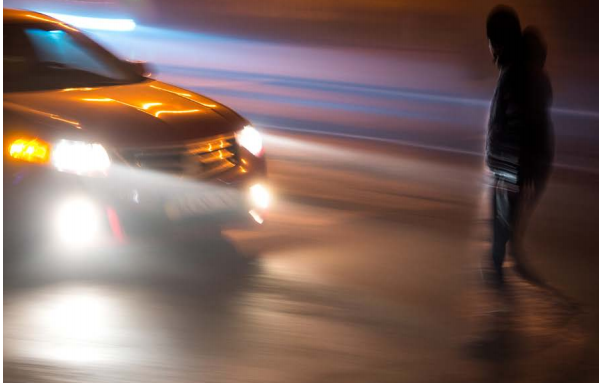 Screen shot from the report by the Governors Highway Safety Association.

Editor’s note: In New Hampshire from 2014 through 2016, there were 37 pedestrian fatalities and 32 percent of the victims were over the age of 70, the fourth worst state in that category.

The increasing use of smartphones and recreational marijuana may be contributing to a surge in the numbers of pedestrians killed in traffic crashes, according to a new analysis.

The report by the Governors Highway Safety Association estimates that pedestrian fatalities totaled about 6,000 in 2017, roughly the same as the year before, when the official count was 5,987. Those figures are considerably higher than in recent years.

“Two consecutive years of 6,000 pedestrian deaths is a red flag for all of us in the traffic safety community,” said Jonathan Adkins, the group’s executive director. “We can’t afford to let this be the new normal.”

“They’re a visual magnet, people use them for countless applications,” the report’s author, transportation consultant Richard Retting, told FairWarning. “There’s a great concern because people are taking their eyes off whatever the task is and becoming distracted. In this case, taking the eyes off the road is essentially driving blindfolded.”

“My greatest concern is that when you have both the pedestrian and driver distracted, which is very common now, people don’t see each other coming.

The report did not draw firm conclusions about the possible role of marijuana use, but noted that in the first six months of 2017, pedestrian deaths rose overall in the seven states that legalized recreational marijuana use between 2012 and 2016, while falling in other states. Pedestrian deaths rose as well in Washington, D.C., which also legalized recreational use of marijuana. Given that pattern, Retting said, “We have to think, what’s going on there?”

California, where legalization of recreational marijuana took effect at the start of this year, already has the most pedestrian fatalities, an estimated 352 in the first six months of 2017 alone.

The 2017 projection was based on deaths reported by state highway safety offices for the first half of last year. Figures for all of 2016 showed that pedestrian fatalities accounted for about 16 percent of the 37,461 traffic deaths overall. That was the highest proportion in more than three decades, and up from 11 percent, reflecting 4,699 pedestrian deaths, in 2007.

Despite the gloomy news, the association said that promising initiatives are underway in some communities, including the construction of more street lights, sidewalks, high-visibility crosswalks, speed humps and pedestrian overpasses. The main caveat, Retting said, is “there’s never enough money to do everything we’d like to do.”

Statistics show that it is not always motorists who are at fault when those on foot die. In 2016, the report said, one of every three pedestrians killed by vehicles had a blood alcohol concentration of .08 or higher. In contrast, only 13 percent of drivers involved were drunk.

Paul Feldman can be reached at paul.feldman@fairwarning.org.