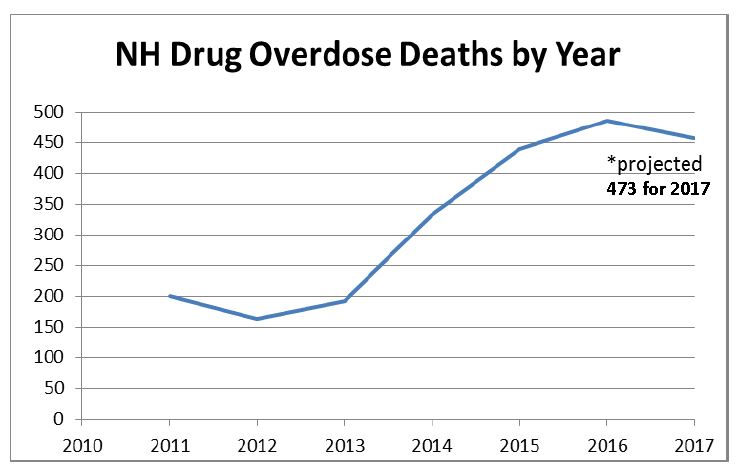 (Washington, DC)—Today, Senator Jeanne Shaheen (D-NH), the lead Democrat on the Commerce, Justice & Science Appropriations Subcommittee, announced that the Community Oriented Policing Services Office, which is managed by the Department of Justice, has awarded the New Hampshire Department of Safety, Division of State Police $688,856 through the Anti-Heroin Task Force Program to help combat the opioid epidemic.

“New Hampshire’s law enforcement community is saving lives every day and need all the help they can get to battle this epidemic,” said Senator Shaheen. “These federal dollars will help New Hampshire State Police stem the distribution of heroin and opioids, and hold traffickers accountable. We need sustained investment in New Hampshire’s efforts to fight this crisis, and I’ll keep urging the Trump administration and Congress to act so New Hampshire receives the assistance it desperately needs.”

“The grant funding will provide much needed relief in funding state and local law enforcement partnership initiatives, improve and enhance technology capabilities and broaden statewide intelligence sharing among all branches of law enforcement in the state. The overall goal of such funding will improve law enforcement’s ability to investigate, interdict and drive down the supply and use of opioids in the State of New Hampshire.”

Senator Shaheen advocated for the New Hampshire State Police, authoring a letter of support for the grant earlier this year. The federal funds will help the New Hampshire State Police intervene in unlawful activities related to the distribution of heroin and opioids, and facilitate partnerships with local and county agencies to deliver more rapid and targeted actions to drive down the supply and use of drugs in the Granite State.

As the lead Democrat on the Commerce, Justice & Science Appropriations Subcommittee, Shaheen helps secure funding for COPS programs. Senator Shaheen has been a leader in Congress on combating the opioid crisis, and was instrumental in efforts to obtain emergency funding through the 21st Century Cures Act that was signed into law by President Obama last year.

Earlier this year, she helped secure over $700 million in additional opioid treatment resources. In October, Senator Shaheen helped unveil legislation that would provide $45 billion to respond to the opioid crisis, which is the largest response bill to combat the epidemic to date. Earlier this month, Senator Jeanne Shaheen (D-NH) introduced the Targeted Opioid Formula Act to prioritize federal funding for states that have been hardest hit by the opioid epidemic, including New Hampshire.

The bill would require the Substance Abuse and Mental Health Services Administration, which operates under the Department of Health and Human Services (HHS), to take into account mortality rates and lack of access to treatment and services when allocating State Targeted Response Opioid Crisis Grants, rather than making grant determinations for states based on population size?