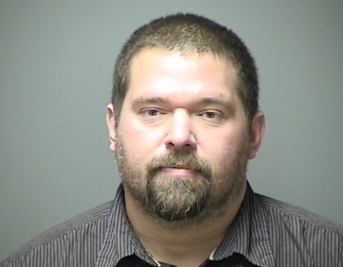 Concord, NH – The City of Manchester has paid $275,000 to settle a federal civil rights lawsuit brought by the ACLU of New Hampshire (“ACLU-NH”) on behalf of Alfredo Valentin.

Valentin was wrongly arrested in March 2015 for criminal wiretapping after he used his phone to record two Manchester police officers while they were performing their official duties in public.  Valentin was standing outside his own property in a public place and did not interfere with the officers’ performance of their duties.

As the First Circuit Court of Appeals explained in Glik v. Cunniffe, 655 F.3d 78 (1st Cir. 2011) and Gericke v. Begin, 753 F.3d 1 (2014), a person has a clearly-established First Amendment right to both video and audio record police officers engaged in official duties in public places provided that the recording does not interfere with the officers’ performance of those duties. This First Amendment right exists regardless of whether or not the police officer being recorded consents to the recording.

Manchester had argued that Valentin’s recording was not protected because he was “trying to hide the telephone from view.” However, the ACLU-NH argued that even if he was secretly recording the police, the First Amendment right to record law enforcement applies to both open and secret recordings of police officers performing their duties in public.

In fact, the act of secretly recording is a key component of this First Amendment right. It is the only way that individuals who are too afraid to openly record police officers can exercise their constitutionally-protected right to record the police, and it is a critical tool to gather accurate information about official government activity and hold law enforcement accountable.

The Hillsborough County Superior Court (Northern Division) agreed when it dismissed the original criminal wiretapping charge against Valentin.  In an order issued on October 21, 2015, that Court concluded that “the First Amendment protects secretly filming police in public, for the reasons that the First Amendment generally protects filming police. The public has the right to gather and disseminate information about the police.”

“Valentin was arrested and charged because he chose to exercise his constitutionally-protected right to record the police,” said Richard Lehmann, who was co-counsel on the case.  “Citizens need to know that they have a right to record police officers when they can do so without interfering with police activity.  Recording the police only enhances their accountability to the citizens they serve.”

“I am pleased with the result in this case, and I hope that this settlement will deter similar police practices in the future,” reiterated Alfredo Valentin.

“This settlement recognizes that the right of citizens to observe and record the police is a critical check on the use of power and force by law enforcement,” said Gilles Bissonnette, the ACLU-NH’s legal director and co-counsel on the case.  “The police need to understand that individuals who are recording their work without interference have a constitutional right to do so, and it is not cause for their arrest.”

The settlement agreement can be found here.

The ACLU-NH’s Second Amended Complaint can be found here.

More information on this case can be found here.