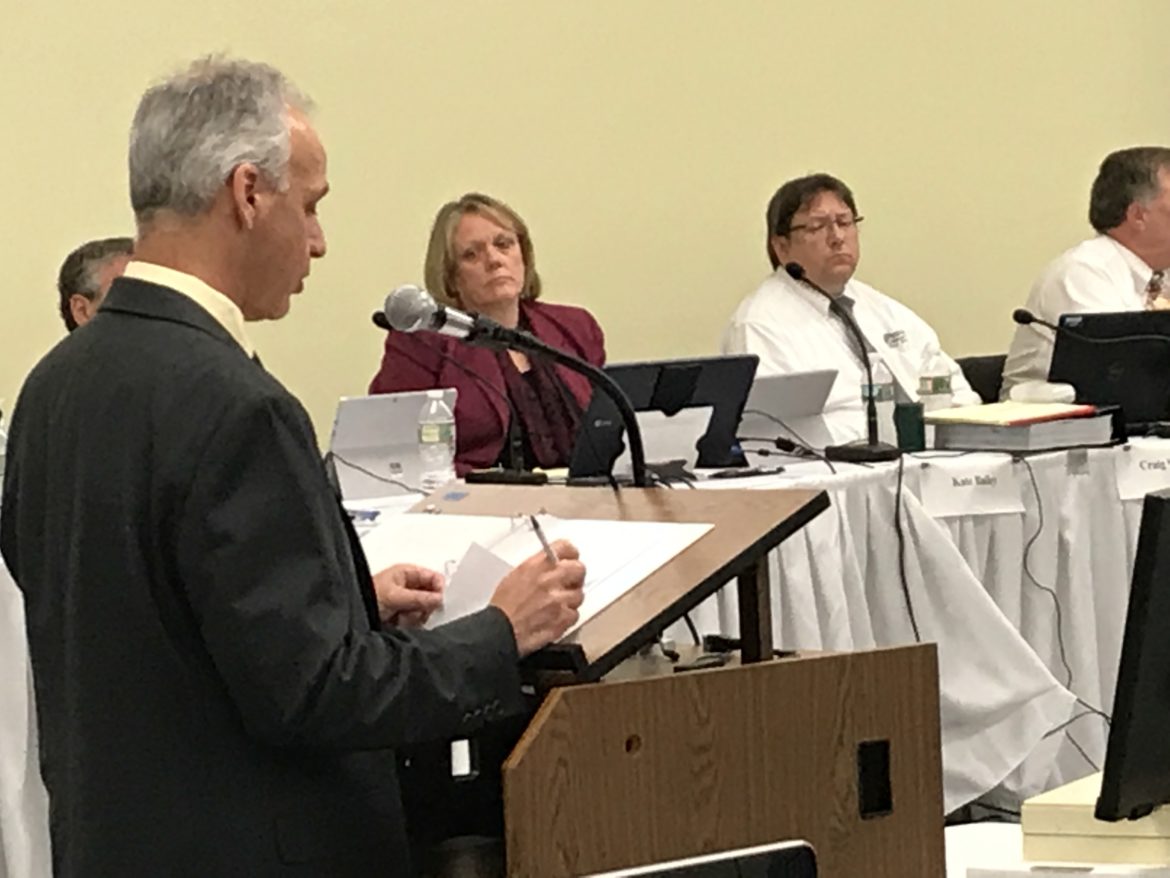 CONCORD — Construction of the Northern Pass Transmission project is likely to take longer than current estimates particularly for 60 miles of buried cable, the Site Evaluation Committee was told Tuesday.

Construction experts hired by the Counsel for the Public to review construction plans for the $1.6 billion, 192-mile project to bring Hydro-Quebec power to New England said the estimated time to complete drilling and constructing maintenance boxes and trenching is overly optimistic.

Project developer Eversource’s engineers previously said the process of horizontal directional drilling to be used in 49 locations to go under bridges, water bodies and roadways would take about four to six weeks for each site.

“That’s unrealistic, everything would have to all go flawlessly,” said Earle Bascom, president of Electrical Consulting Engineers, P.C. “Four to six weeks may be too short a duration.”

He said the estimate does not consider weather, equipment breakdowns or challenging drilling situations.

He said the estimate may be realistic if drilling were done in sand or gravel.

“The applicant has identified minimal rock,” Bascom said. “New Hampshire is the Granite State and I would anticipate they will run into rock in some areas, so that would slow production considerably.”

But Bascom did not have an estimate of the additional time it would take to  construct the project, nor did David L. Taylor, Jr., vice president at Dewberry, the other firm hired to review the documents, and Adam Zysk, of the firm’s Boston office.

Other timing issues involved building splice pits used to repair and maintain the high voltage lines, and the techniques Eversource plans to employ where space is limited in the state right-of-way where the boxes and lines will be buried.

Zysk said while it’s possible to do the work in the linear fashion proposed, it would slow production.

But Taylor said it is difficult to know where there is limited space because many right-of-way boundaries have not been determined to the Department of Transportation’s satisfaction.

Zysk was asked if it was common to see right-of-way boundaries change as the design process progresses.

“One or two right-of-way changes maybe,” Zysk said, “but the amount of right-of-way that still needs to be determined to the DOT’s satisfaction is unusual.”

Bascom also raised the issue in his report to the Site Evaluation Committee.

“Are you aware the DOT permit requires we stay in the public right-of-way?” Needleman asked Bascom. “The permit is only for work done in the right-of-way. The DOT cannot and will not grant permission to use any private land.”

The use of private land for the project has been raised frequently by intervenors, although Eversoure has said it will not use eminent domain procedures.

Needleman rebuted statements by the construction experts during his cross-examination.

He told the panel the developer intends to customize work zones in “tight locations” and use different construction methods that would allow small rural roads to remain open like Bear Rock Road that Taylor said the day before would have to be closed during construction.

Needleman insisted there would be enough room to keep the road open. The road is used to move a dairy farmer’s milk to market with tractor trailer trucks.

“The applicant contends it will not close any of those roads,” Needleman said.

But Attorney Tom Pappas later showed two letters from Eversource that last year informed Stewartstown selectmen and landowners that three roads would be closed during construction, including Bear Rock Road.

And Taylor said the project’s traffic control plan says the roads will be closed and it has not been updated.

Needleman also rebuted charges construction of the underground route from Bethlehem to Bridgewater would inhibit businesses and residents from using their driveways. He said contractors would use metal plates to cover open trenches so residents or businesses would be have access at all times and “not be closed for six months,” a concern raised by Pappas.

“The applicant is committed to give homeowners and businesses access to their driveways at all times,” Needleman stated.

Committee member Christopher Way asked how long construction would go on in front of a driveway or parking lot and Bascom said it would be from a couple of hours to all day, but businesses would be the most challenged.

Needleman said the station will be built on a 50-acre lot the developer owns that is adjacent a 170-acre parcel the developer also owns. Some of that material could be disposed on site or nearby, he contended.

Needleman said trucks can hold up to 15 cubic yards of material and project manager Sam Johnson estimates 5,000 truck loads will be needed to move the material, but Taylor said that is not his assessment.

Taylor noted the area is forested with some steep slopes.

Pappas asked if the material is stored or disposed near the station, would land have to be cleared and roads built. Taylor said it would.

Eversource had hoped to have all federal and state permits by the end of this year with construction to begin next year and the transmission line finished by the end of 2020. The Site Evaluation Committee is not expected to make a final decision on the high-voltage transition line until the end of February.

If all permits are received, project officials said last month, construction could begin in April.

Adjudicative hearings continue Thursday with the Counsel for the Public’s energy market economics paneled from the Brattle Group.